The referee appointments for Round #3 of the 2020 Super Rugby season are now confirmed.

Round 3 kicks-off in Auckland with a Kiwi derby where Paul Williams will be in charge of the Blues match against the Crusaders, smarting from last week's loss to the Chiefs. The same evening Damon Murphy will handle the Aussie derby between the Rebels and Waratahs in Melbourne with both teams desperate to get their campaigns back on the rails after two losses.

There are five matches on Saturday with proceedings starting in Tokyo where Angus Gardner [pictured] will referee the Sunwolves, coming off a bye, against the Chiefs who are looking for their third win after a strong start to the season.  Next up the Hurricanes host the impressive Sharks in Wellington with the visitors also looking for their third win out of three. Ben O'Keeffe has the whistle while Nic Berry will be in Canberra as the Aussie Conference leaders the Brumbies host the Highlanders. There is just the one match in South Africa in Round 3 when the Lions host the unbeaten Stormers in Johannesburg. Jaco Peyper will be the referee.

The weekend again closes in Buenos Aires where the Jaguares take on the Reds at Amalfitani Stadium. Federico Anselmi will be the referee. 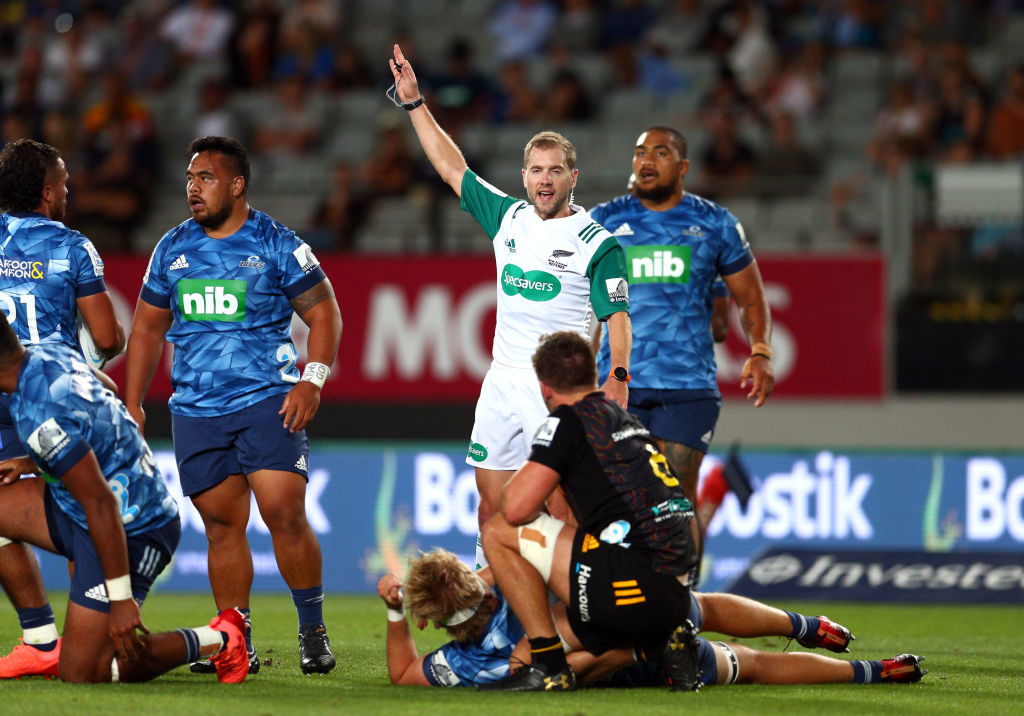