Super Rugby Round #3 Team of the Week

The Super Rugby TOTW has representatives from nine of the teams from a round that produced another 4 away wins and just three home wins.

The Crusaders and Hurricanes  contribute three players each after their strong wins on the weekend. Standout players were exciting new Crusaders three-quarter Will Jordan who ran for over 100 metres and scored a try; Hurricanes hooker Dane Coles who returned to form with two tries and 100 percent lineout record; and hard hitting Jaguares backrow forward Marcos Kremer who made 25 tackles against the Blues.

Hurricanes centre Ngani Laumape had a strong match against the Brumbies. He crossec for a hat-trick of tries and gained the most metres of any player in Round #3 (162), his second highest gain ever in a Super Rugby match.

Only two teams remain unbeaten after Round #3: The Crusaders and Rebels. 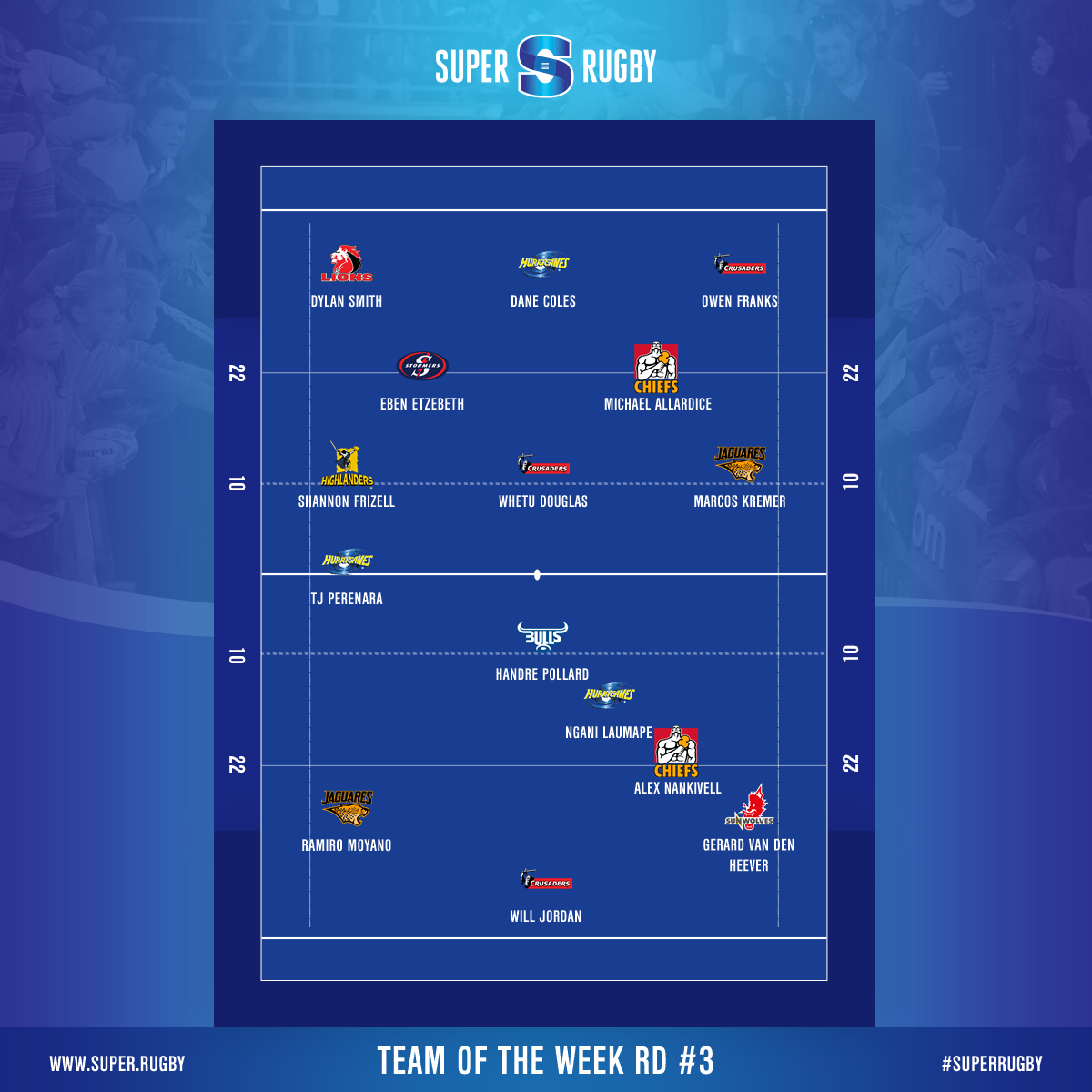