Super Rugby Round #3 Team of the Week

The TOTW has players from 10 different teams following another eventful round highlighting the competitive nature of this seasons competition.

The Chiefs are three from three and along with the Stormers are the only unbeaten team in the competition. They also lead the way in this week's TOTW with three players. The centre paring of Alex Nankivell  (17 carries, one try assist, beat three defenders and made 10/12 tackles) and Quinn Tupaea (round-high five clean breaks, beat eight defenders from his 11 carries, and scored a try) were instrumental in the Chiefs win over the Sunwolves. Teammate Brad Weber made 12 tackles - the most of any scrum-half - and also scored a try.

The Jaguares continue to impress and they are being driven forward by lock Guido Petti who makes the TOTW for the third week in a row. Against the Reds his high work rate continued as he made 12 tackles from as many attempts, won 11 lineouts (inc. one steal) and made one offload from his eight carries. 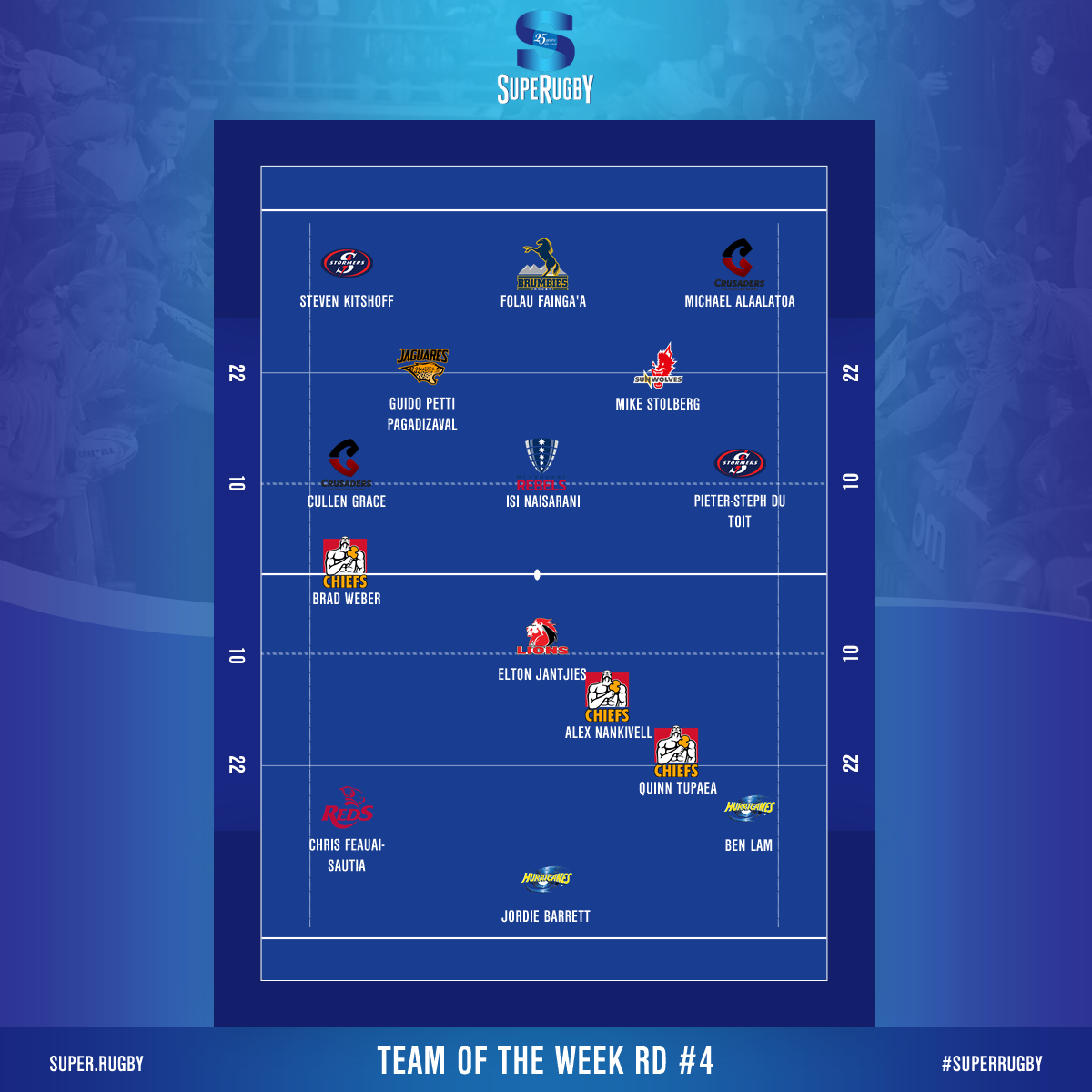 Two hookers scored a hat-trick of tries in round three, Folau Fainga (Brumbies) and Julian Montoya (Jaguares). Folau made TOTW due to  fact he also made 10 carries, made 7/8 tackles, won a turnover and made 16 successful throws. The Crusaders talented young flanker Cullen Grace makes his first TOTW after making his full run-on debut against the Blues.

The Hurricanes win in Wellington ended the Sharks winning start to the season and was led by the outside backs. Fullback Jordie Barrett is in fine form becoming the first player this Super Rugby season to make three try assists in a single game; he also kicked 6/7 goals. Teammate Ben Lam gained 114m, made three clean breaks and scored two tries from just six carries; he also made seven tackles without a miss and one offload. Lam is the Player of the Week. 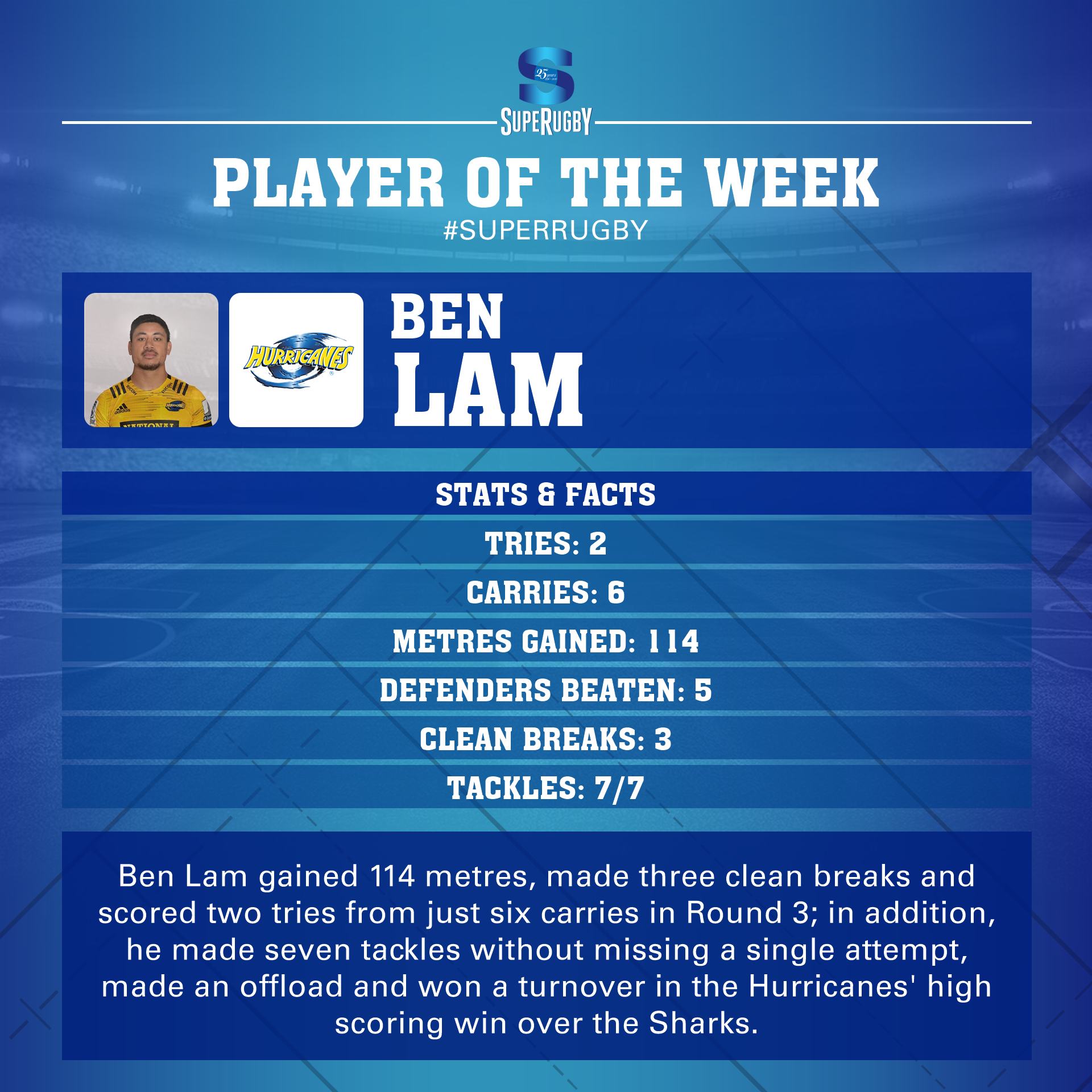 AND here is your NZ Conference TOTW... 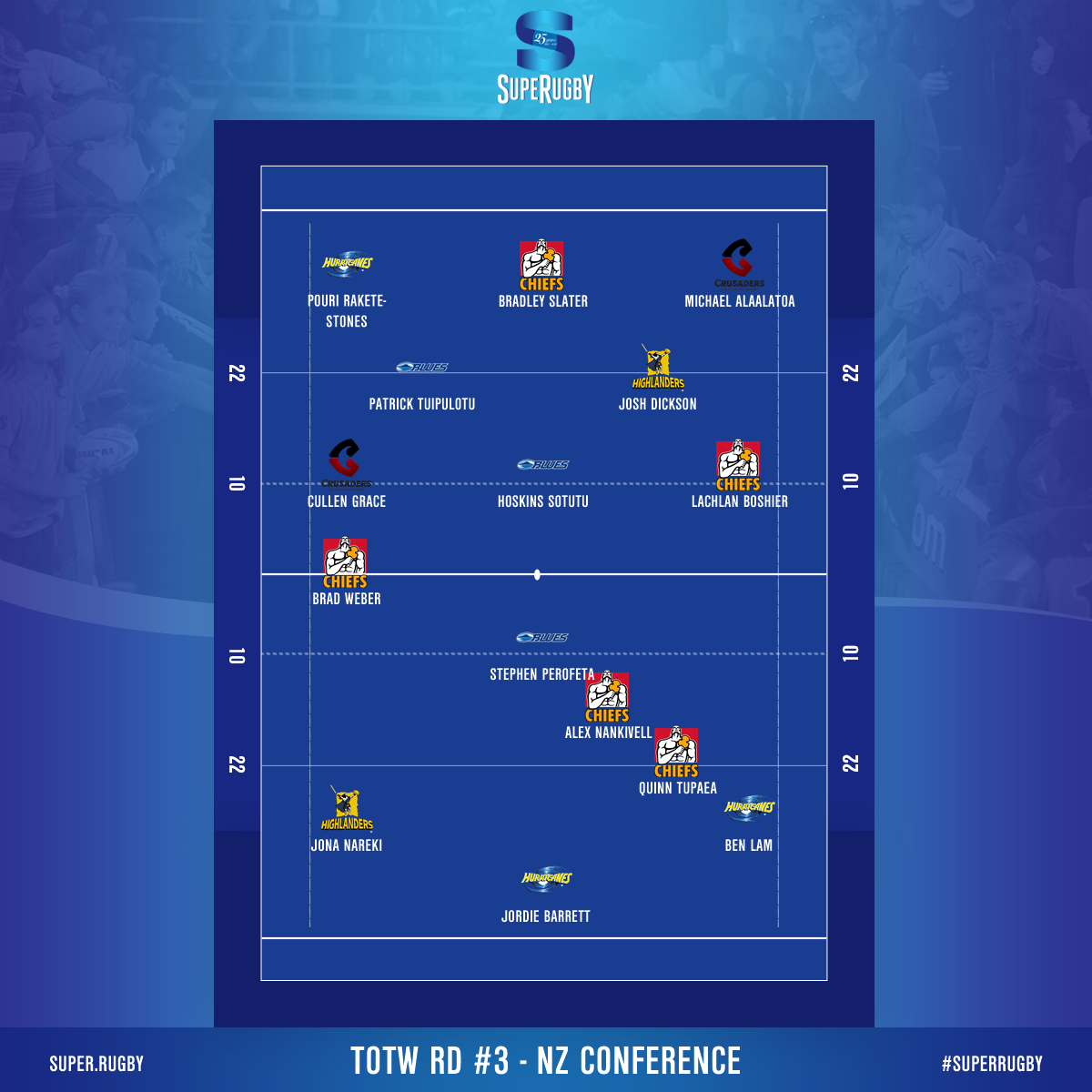