The referee appointments for Round #4 of the 2020 Super Rugby season are now confirmed.

The six-match Round 4 kicks-off in Christchurch on Friday with an intriguing Kiwi derby between the Crusaders and Highlanders where Mike Fraser [pictures below] - who has been on 6 Nations duty - will referee his first match of the season.

There are five matches on Saturday with proceedings starting in Ballarat, country Victoria where AJ Jacobs will referee the first ever match at MARS Stadium as the Rebels take on the Sharks. Next up the unbeaten Chiefs take on Aussie Conference leaders the Brumbies in Hamilton. Brendon Pickerill has the whistle while Nic Berry will be in Brisbane as the Reds play their first match at home this season when they host the Sunwolves at Suncorp Stadium.

The tournaments' only other unbeaten team the Stormers welcome the Jaguares at DHL Newlands with Rasta Rasivhenge in the middle. The weekend action closes in Pretoria this week where the winless Bulls will hope to kick-start their season with a victory over the Blues at Loftus Versfeld. Marius van der Westhuizen will be the referee. 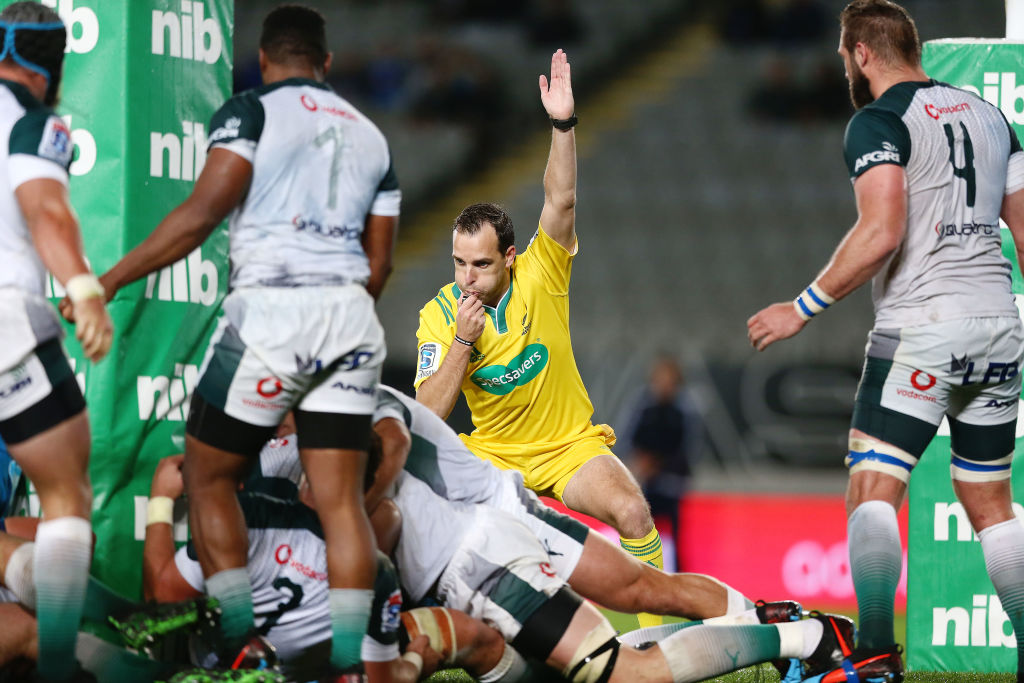