Super Rugby Round #4 Team of the Week

The Super Rugby TOTW has representatives from nine of the teams from a round that produced slim pickings for the away teams and seven home wins.

The Crusaders lead the way contributing three players after their big win over the Chiefs. Once again Crusaders fullback Will Jordan impressed and scored two tries; Hurricanes centre Ngani Laumape continued his fine form with another two tries and an all action performance; while Waratahs flanker Michael Hooper made a round high 23 tackles.

Blues wing Rieko Ioane is Player of the Week after signalled his return to form against the Sunwolves in Auckland with 12 carries, four clean breaks and four tries.

Only two teams remain unbeaten after Round #4: The Crusaders and Rebels. 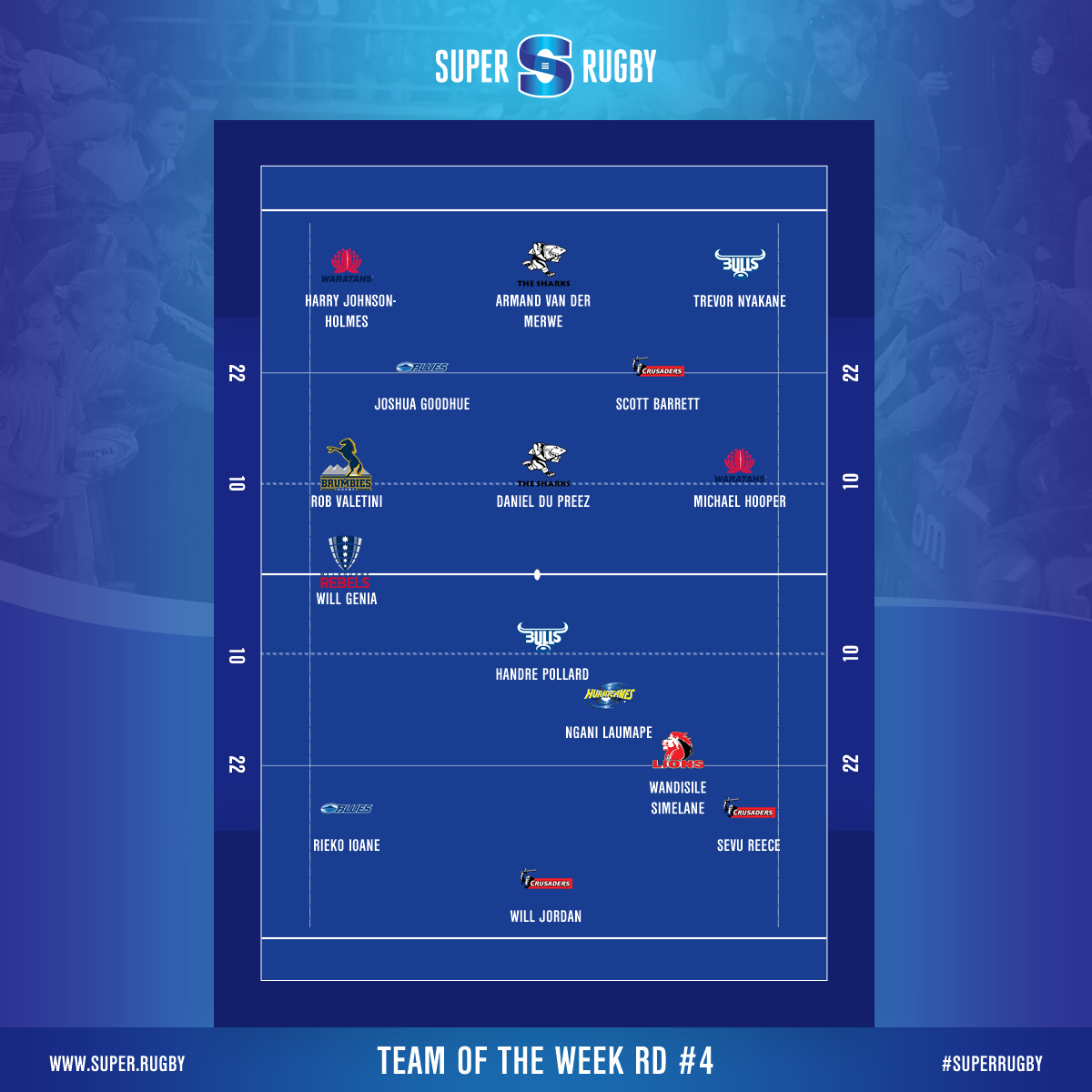 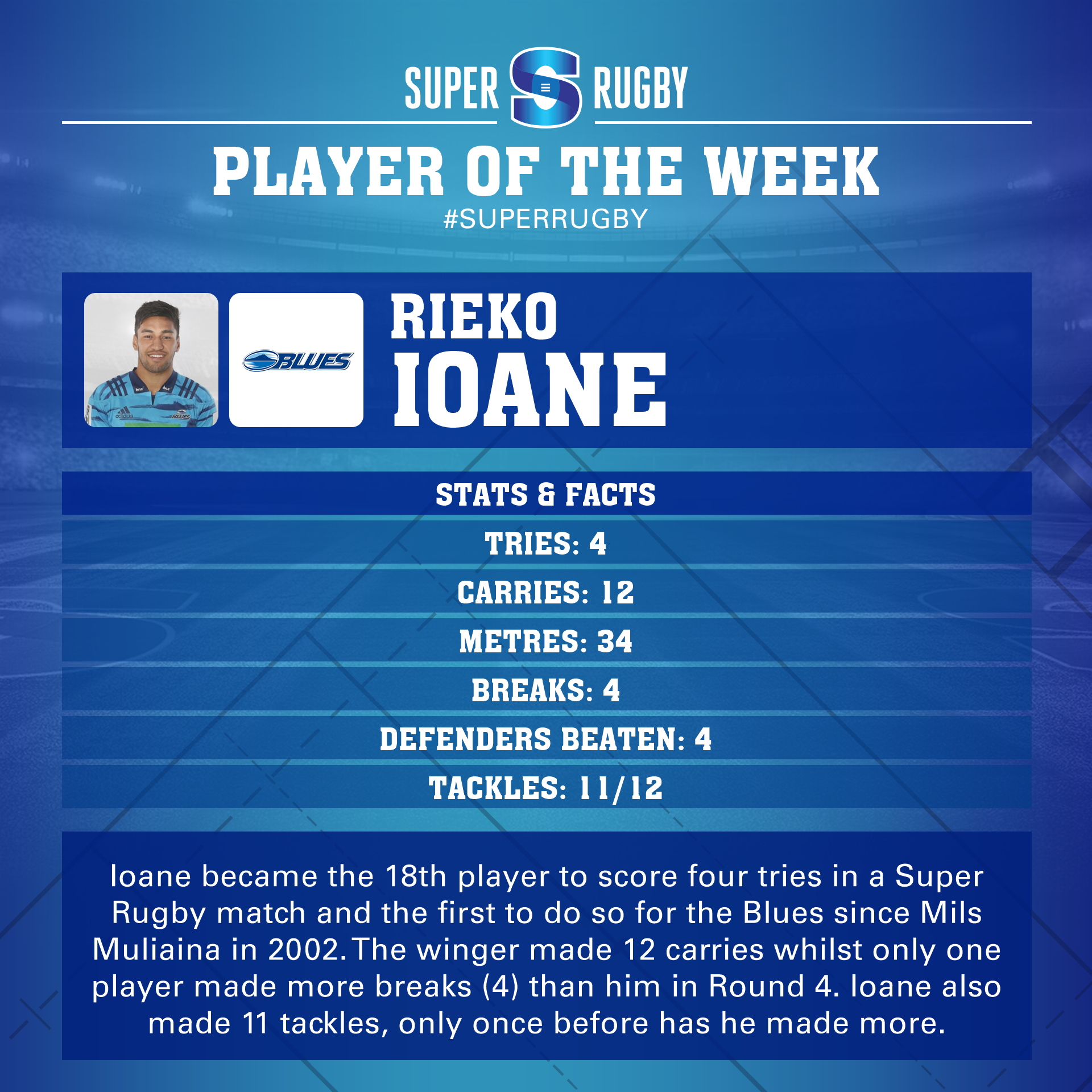