Super Rugby Round #4 Team of the Week

The TOTW has players from nine teams after a round that saw away wins to the Sharks, Brumbies and Blues, but Crusaders lead the way with five players this week.

The Reds won their first match of the season after hosting the Sunwolves in their first home match at Suncorp Stadium. James O'Connor [pictured below] shone again at fly-half making four clean breaks from 18 carries and he beat six defenders and scored a try. With centre Jordan Petaia on the sidelines Hunter Paisami has enjoyed his Reds call up as he beat a round-high eight defenders, scored a try, made two clean breaks, and made 7 tackles. 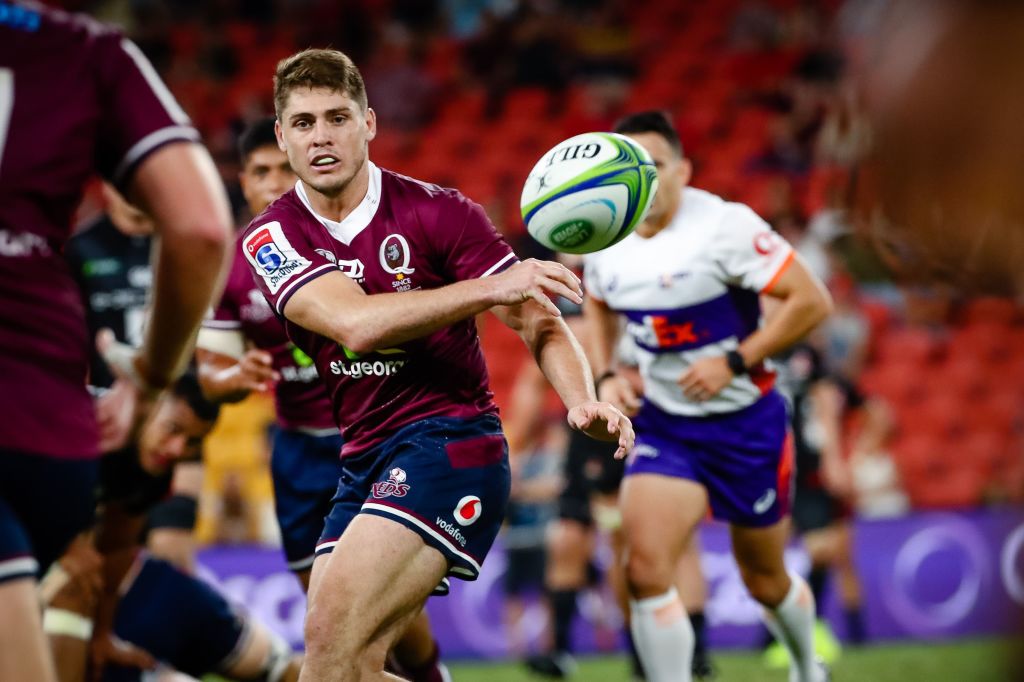 The Crusaders are back on top of the NZ Conference after a solid win over the Highlanders in Christchurch where they appear to be unbeatable. The back five is producing plenty of ball for the backs with lock Mitchell Dunshea proving an admirable replacement for Sam Whitelock. He gained 41m - the second-most of any front-five forward - and won three lineouts, and made 11 tackles. 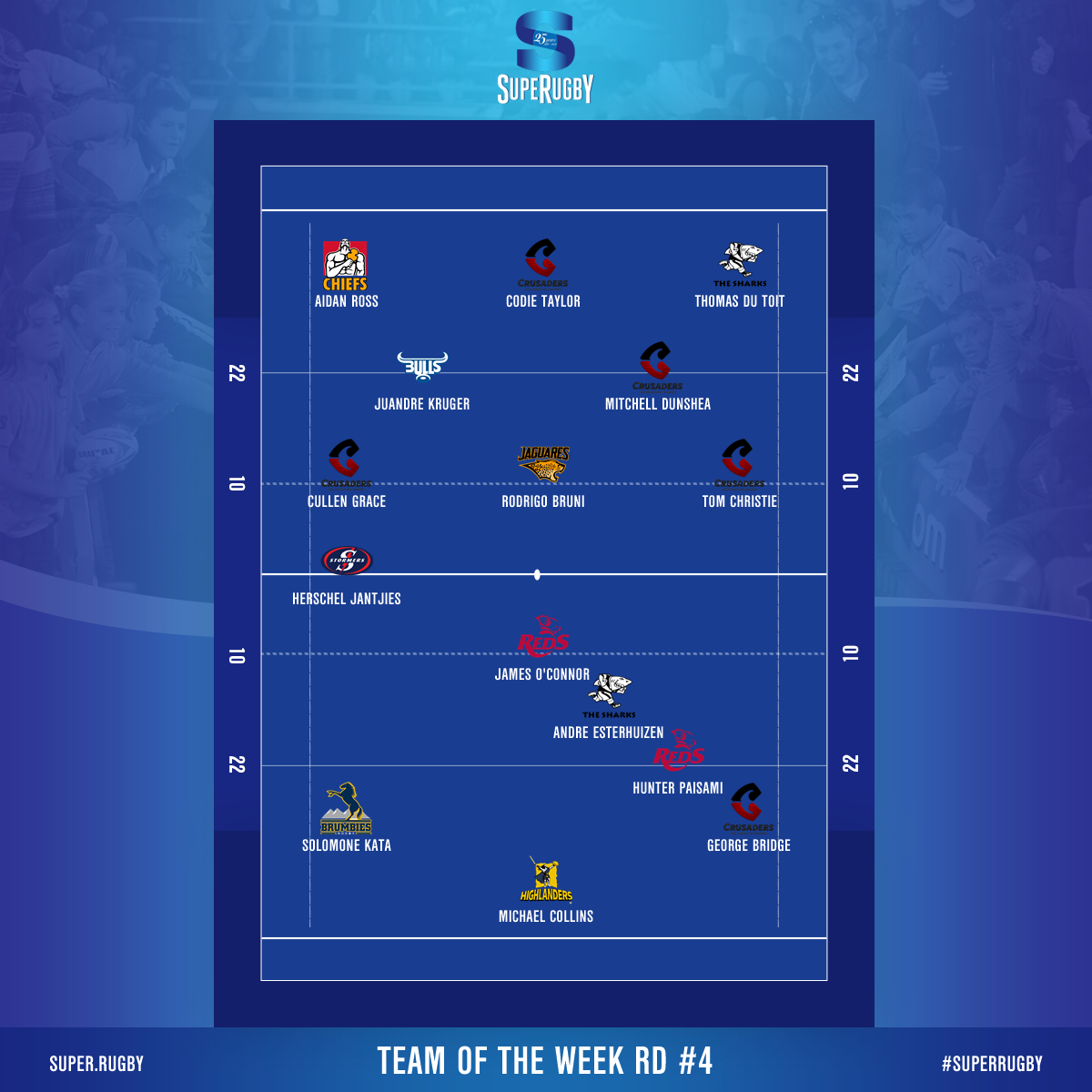 In the backrow openside Tom Christie is one of the tournament's form players. He made a round-high 20 tackles without missing a single attempt; he also made eight carries for 23m gained, one clean break, and scored one try. Even more impressive is the up-and-coming Cullen Grace who wore the six jersey against the Highlanders. He won two turnovers, made 15 tackles without miss, gained 57m from 10 carries, made three clean breaks, two offloads, one try assist and won five lineouts; he didn't concede any turnovers, miss a tackle, or concede a penalty in his 80 minutes. Cullen is this week's Player of the Week. 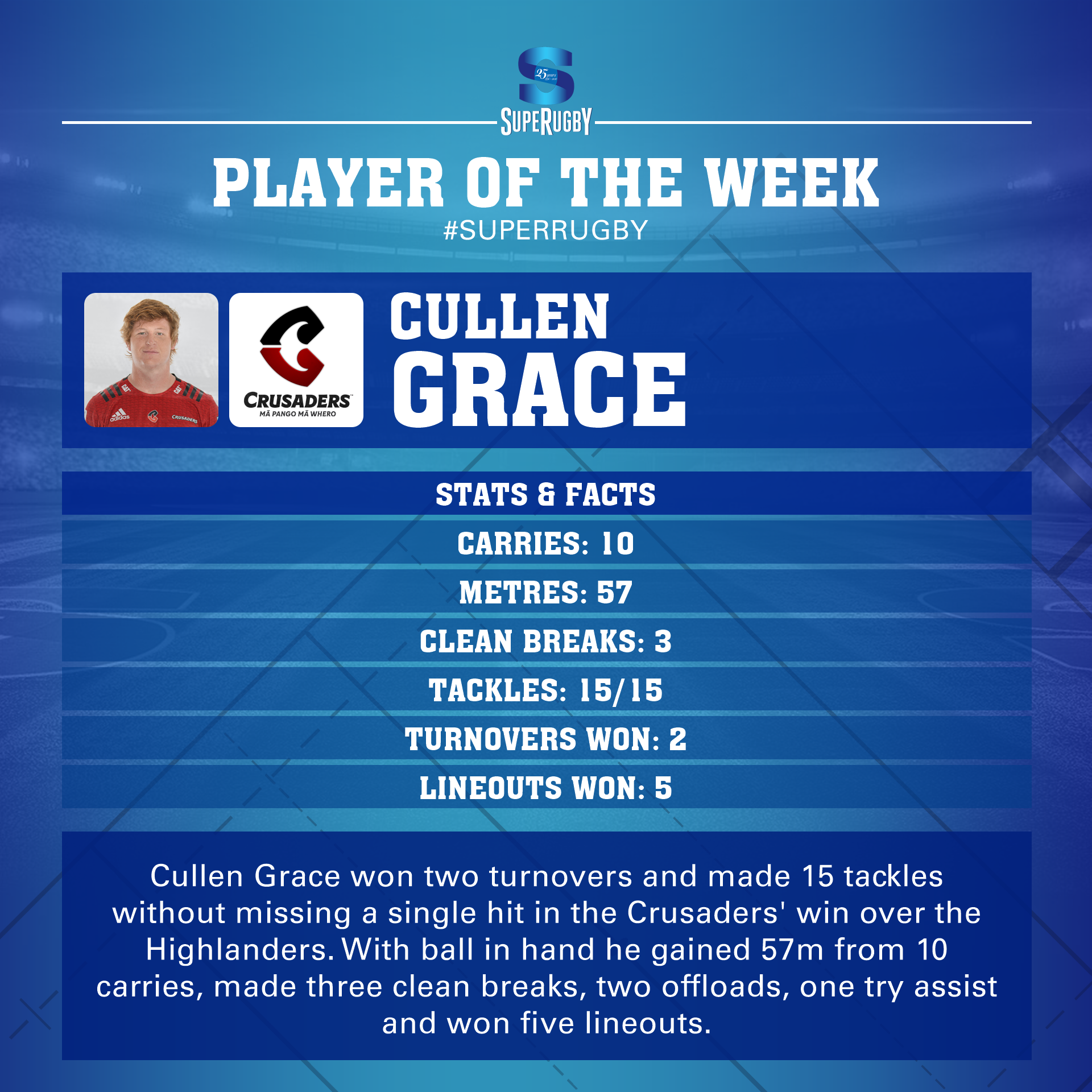