The referee appointments for Round #5 of the 2020 Super Rugby season are now confirmed.

The six-match Round 5 kicks-off in Dunedin, New Zealand on Friday when the Highlanders return home to take on the Melbourne Rebels where Paul Williams will be the referee. Later that evening Angus Gardner will have the whistle in Sydney at Bankwest Stadium when the Waratahs, desperate for a first win in 2020, host the Lions from South Africa.

There are four matches on Saturday with proceedings starting on the east coast of the North Island, New Zealand, in Napier where the Hurricanes head to McLean Park to host the Sunwolves. Federico Anselmi will referee the match while Brendon Pickerill [pictured below] will take charge of the clash between the Reds and Sharks in Brisbane.

There are two matches in South Africa in Round 5. The first will see the unbeaten Stormers take on the Blues who won on the road in Round 4 against the Bulls. The referee will be Jaco Peyper back from Six Nations duty. The last match of the round sees the winless Bulls host the Jaguares who are two from two and keen to get their season back on track after a tough loss to the Stormers in Round four. Ben O'Keeffe has the whistle. 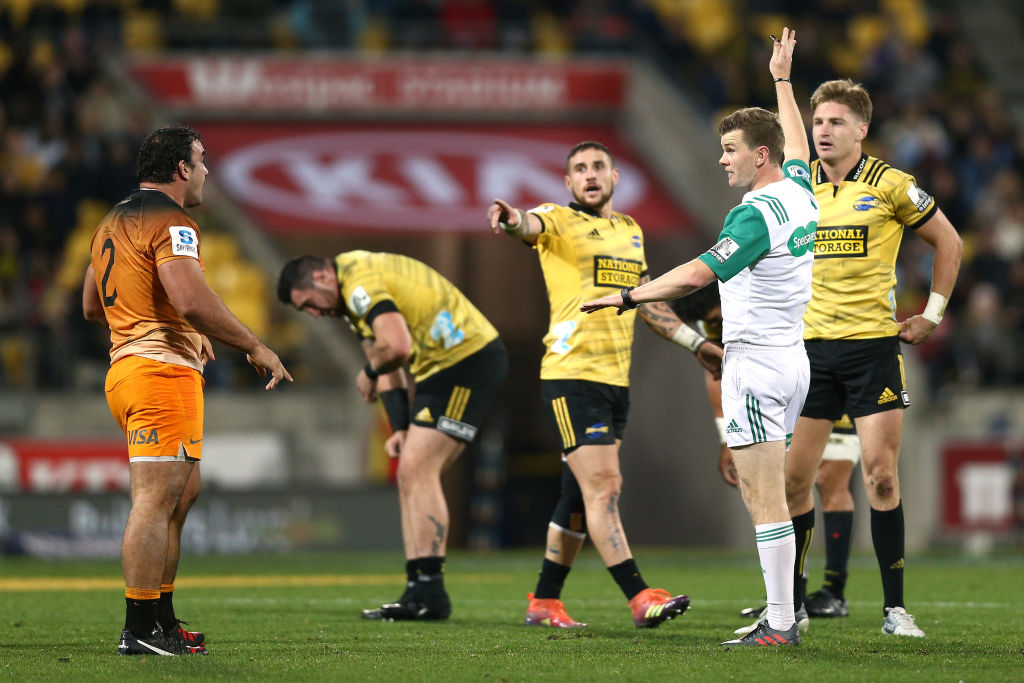