Super Rugby Round #5 Team of the Week

The Super Rugby TOTW has representatives from eight of the teams from a five-match round [after the cancellation of Highlanders versus Crusaders) that produced a draw and three home wins.

The Reds lead the way contributing three players after a come from behind win in Tokyo against the Sunwolves. Lock Lukhan Salakaia-Loto made the joint second-most carries of any player (17), beat two defenders and won a joint round-high seven lineouts. Lions hooker Malcolm Marx was at his best with 17 carries - the joint second most of any player - two clean breaks, and a round-high 16 successful throws; he also scored a try.

Rebels backrower Luke Jones made a round-high 23 tackles - five more than any other player - two clean breaks, two offloads, and one lineout steal. Hurricanes wing Wes Goosen is Player of the Week: he beat a round high 13 defenders, becoming just the second player to beat as many in a game in the last six seasons

Only one team remains unbeaten after Round #5: The Crusaders. 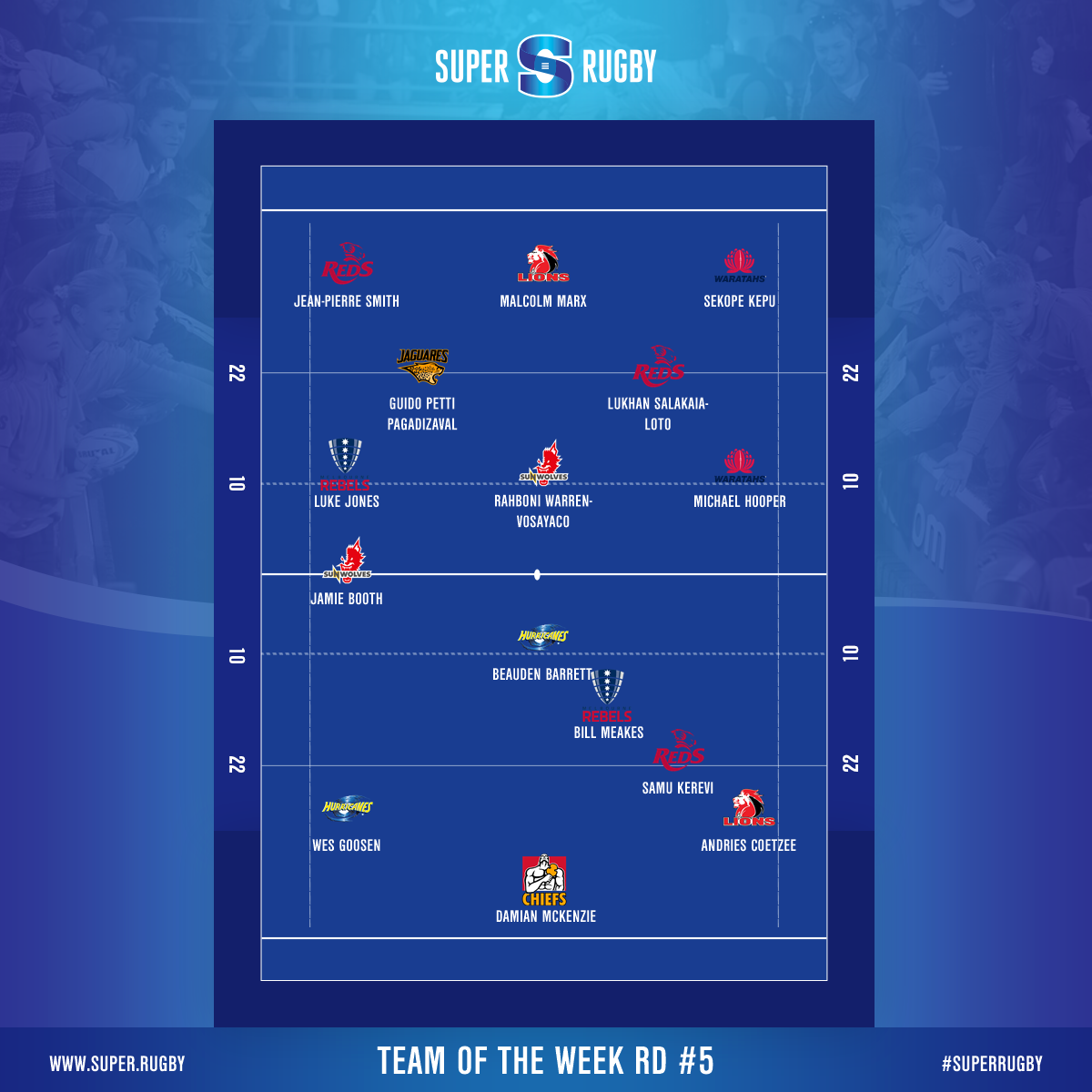 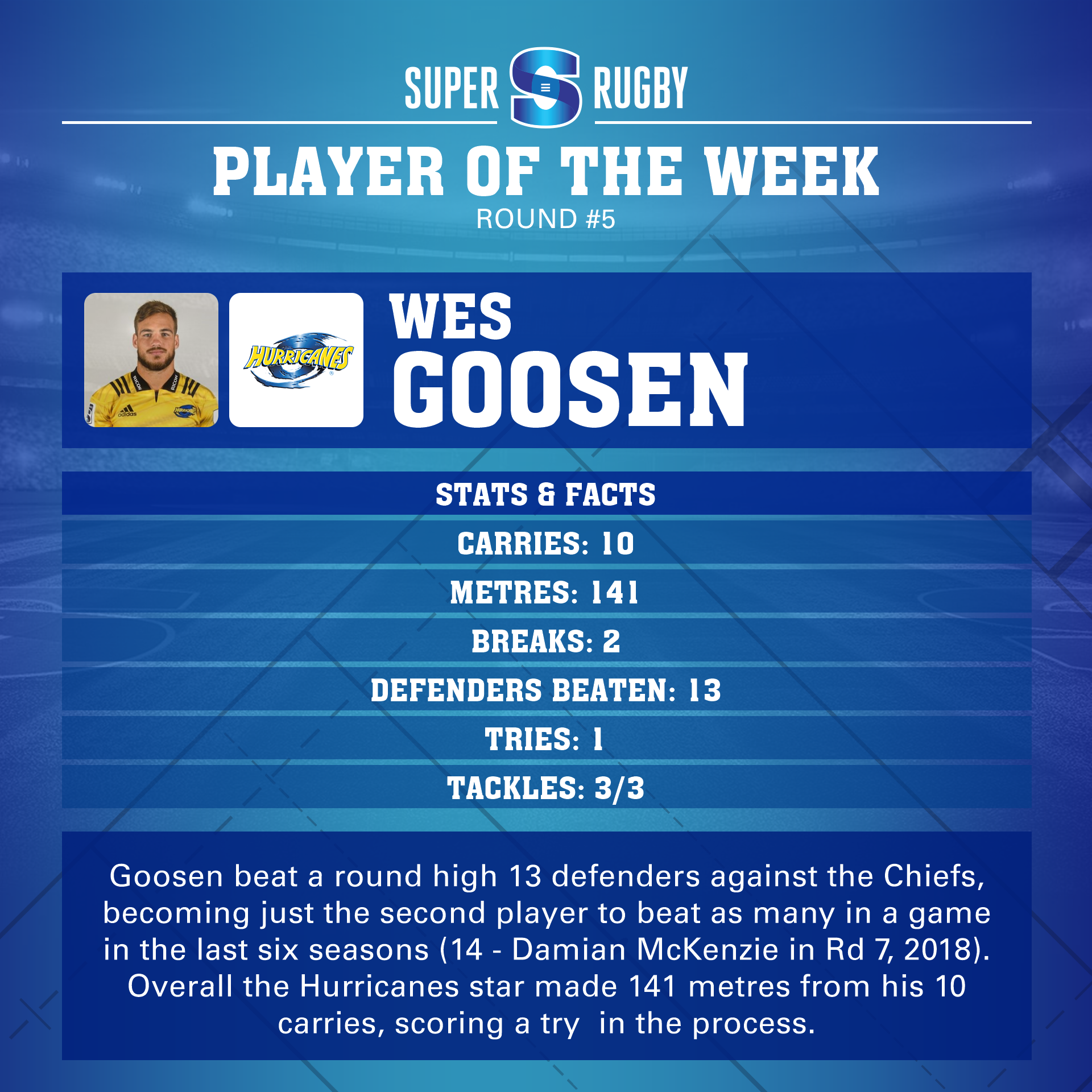