Super Rugby Round #5 Team of the Week

The TOTW has players from eight teams after a round that saw the last unbeaten team toppled at home, while Hurricanes centre Vince Aso is POTW.

The Waratahs, desperate for a victory to breath some life into a disappointing start to the season, beat the Lions in Sydney and their two book ends, Gus Bell and Harry Johnson-Holmes make the TOTW. Bell [pictured below] scored a try while young fly-half Will Harrison made 12 carries and 14/14 tackles and beat seven defenders. Wallaby flanker Michael Hooper returned to form winning a joint round-high three turnovers and he provided a try assist.

Like the 'Tahs the Rebels were also chasing a much needed victory and in a strong display won their first ever match away against the Highlanders in Dunedin. It was a very competent allround team performance spear-headed by wing Andrew Kellaway. He gained a round-high 158m from just seven carries - the fourth most ever by a Rebels player - as well as scoring a brace of tries and making three clean breaks.

The Hurricanes were favourites to beat the Sunwolves in Napier and while it was relatively close at the break the 'Canes were rampant in the second half. In a comfortable win the outside backs Chase Tiatia [2] and Jacobus Van Wyk [3] scored five tries between them thanks to some superlative work by their centres. 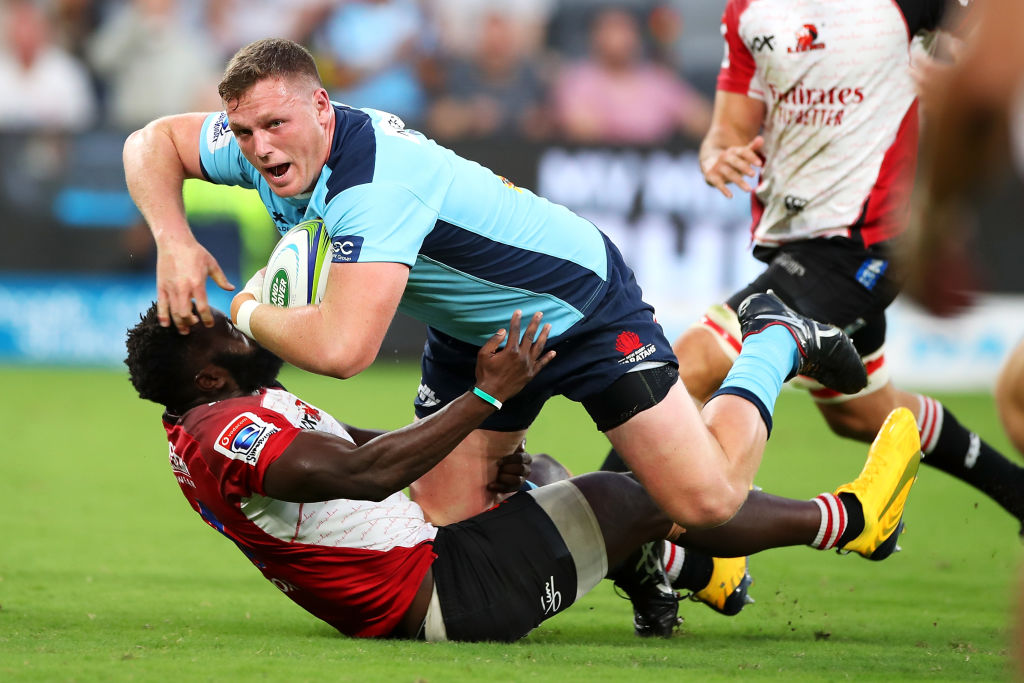 Indeed centres Ngani Laumape and Vince Aso were on fire. Laumape made three clean breaks, two offloads and gained 99m from his 13 carries, and crossed for a try. Not to be outdone Aso provided four try assists - the most by a player in a Super Rugby game in the last 10 seasons - and scored one try; he also made six clean breaks, two offloads, and beat seven defenders and gained 120m from his 11 carries. Vince Aso is the Player of the Week. 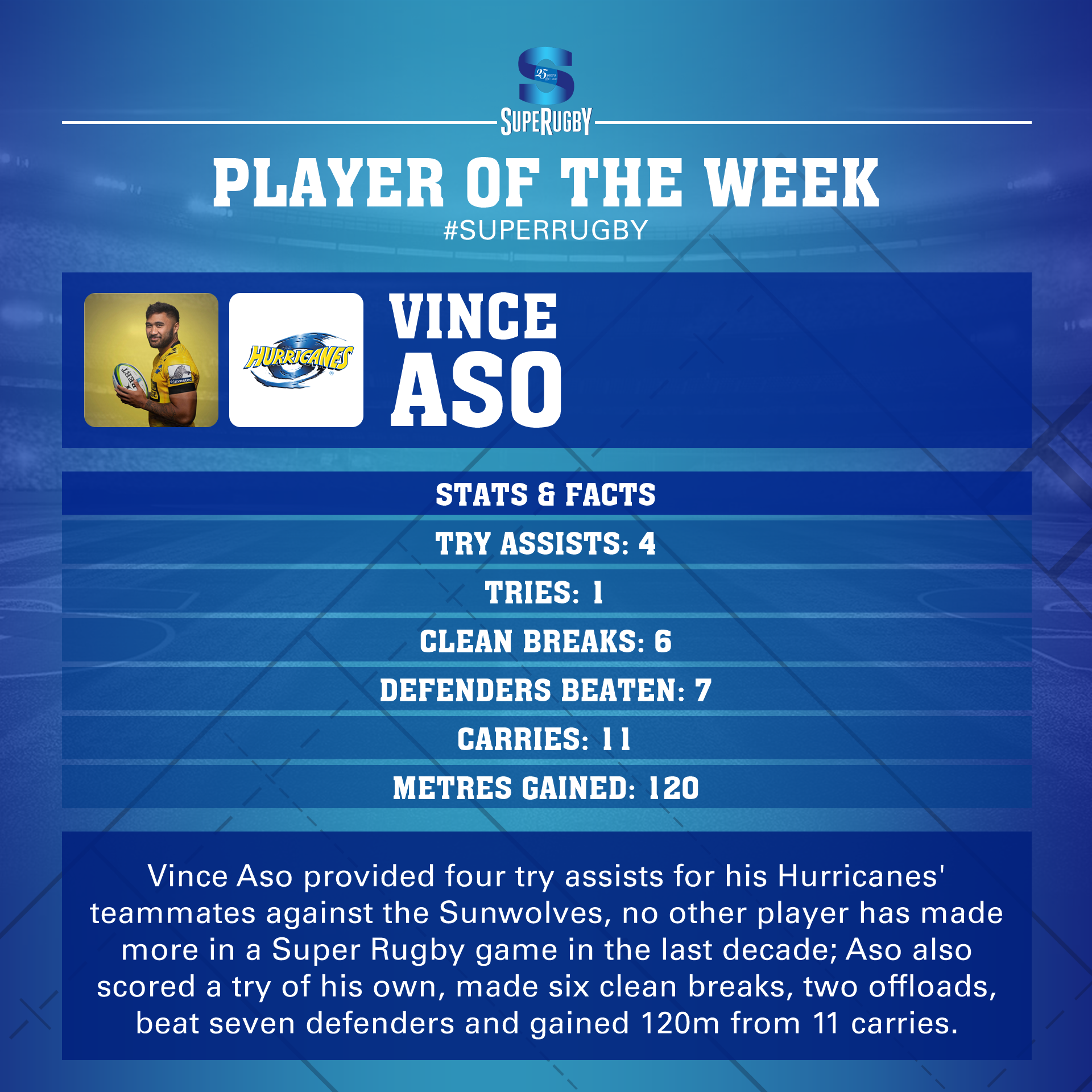 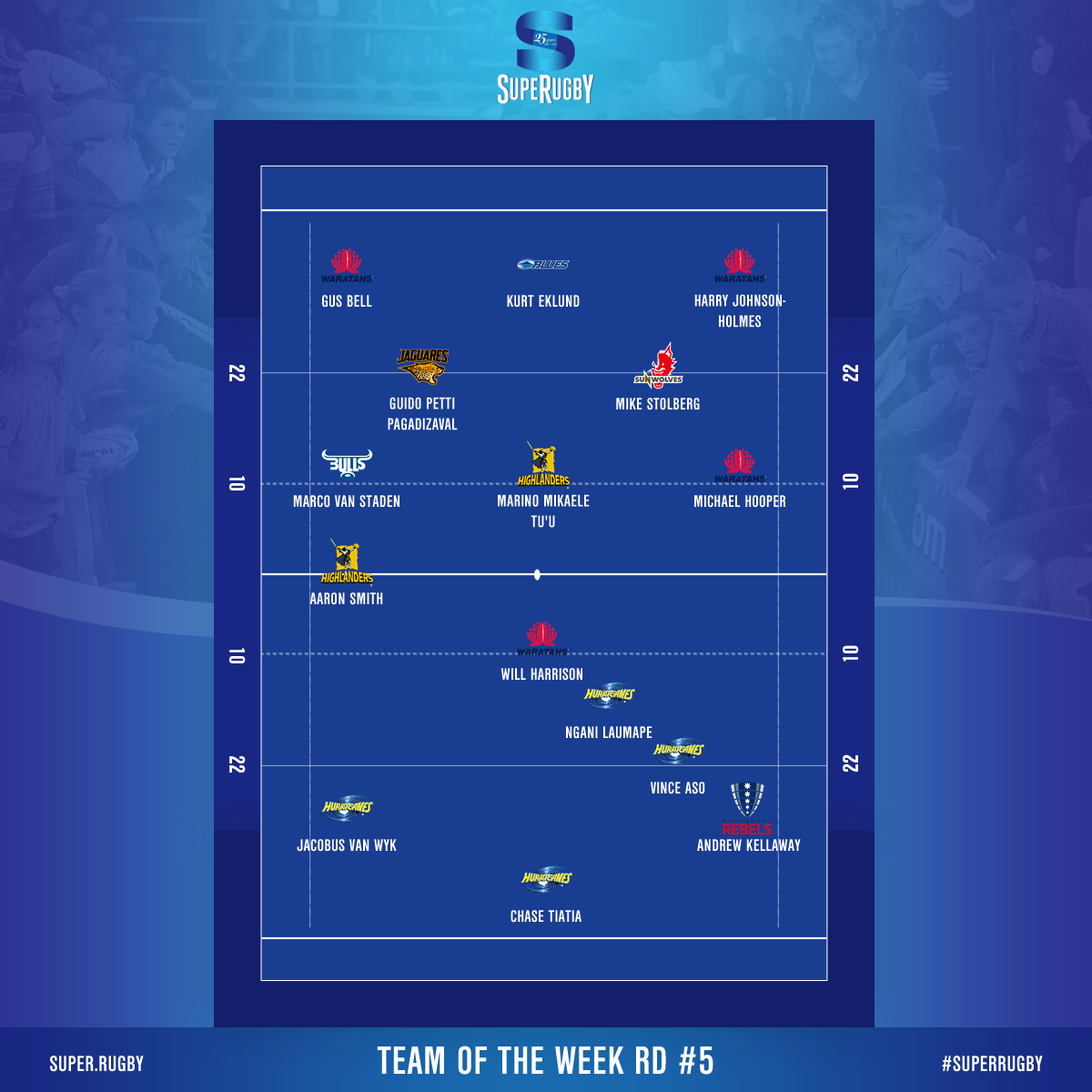 Up front special mention to Jaguares lock Guido Petti who makes his fourth TOTW from five rounds to date. He put in another big shift as the Jaguares won on the road against the Bulls - he won a round-high 10 lineouts (inc. two steals), made 8/8 tackles, gained 28m from seven carries and scored a try. 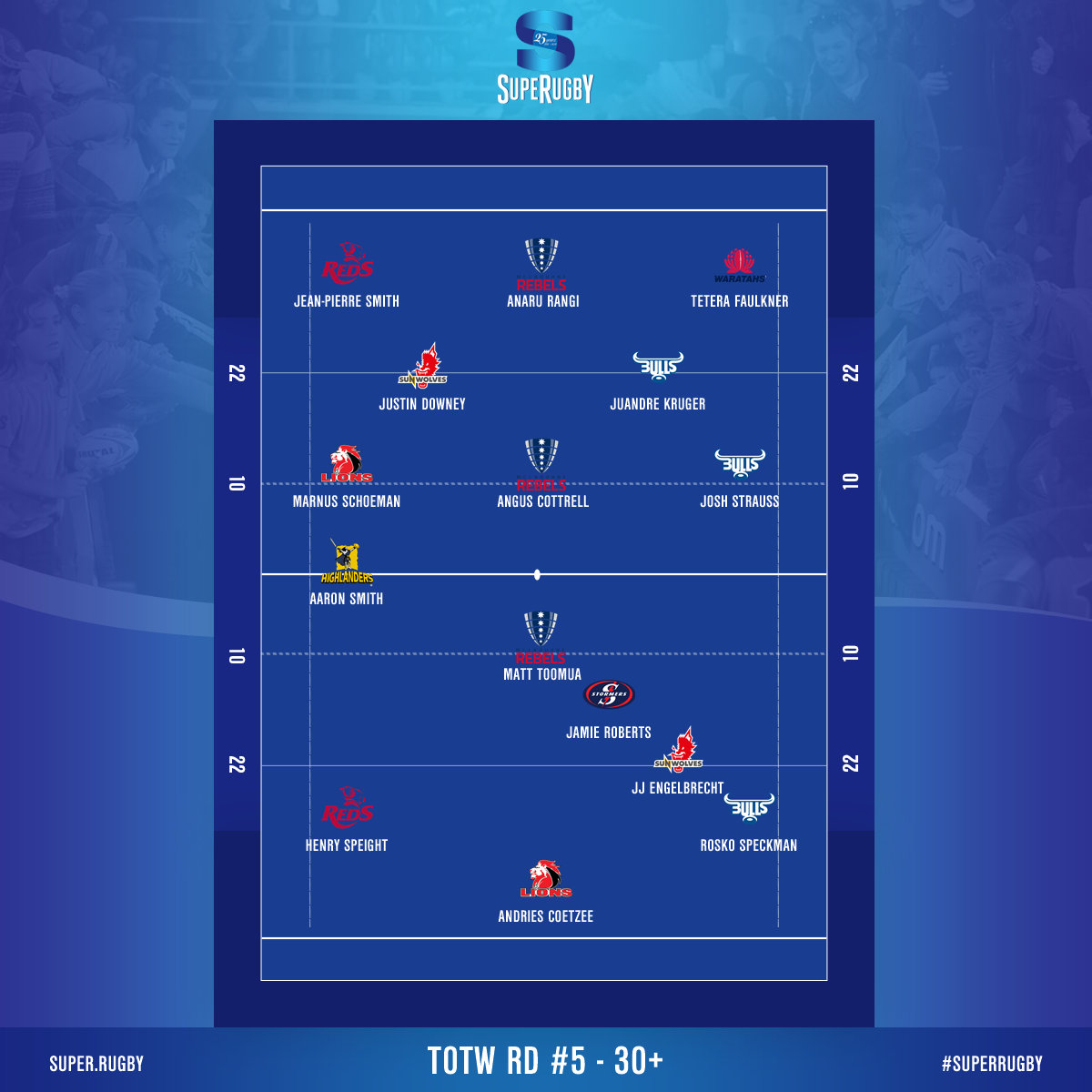