The referee appointments for Round #6 of the 2020 Super Rugby season are now confirmed.

The seven-match Round 6 kicks-off with three Friday night matches. The first match is the relocated Sunwolves versus Brumbies match at WIN Stadium, Wollongong. The referee for the match is Federico Anselmi ,while a few hours later the Waratahs host the Chiefs at the same venue in a match to be refereed by Angus Gardner. In between the Wollongong matches the Crusaders play the Reds in Christchurch where Rasya Rasivhenge will have the whistle.

On Saturday Mike Fraser will be in charge in Wellington for the Kiwi derby when the Hurricanes host the Blues, while in Melbourne James Doleman [pictured below] makes his Super Rugby debut. The young, up-and-coming New Zealander, who had refereed at the Sevens World Series and Under 20 World Cup, will referee the Rebels versus Lions.

There are two matches in South Africa to complete Round 6. The first is a clash between the second and third placed teams in the South African Conference. The Sharks host Jaguares in Durban where Marius van der Westhuizen will be the referee. The last match of the Round sees the Bulls play the Highlanders in Pretoria where both teams will be seeking victory to kick-start their seasons. The referee is AJ Jacobs. 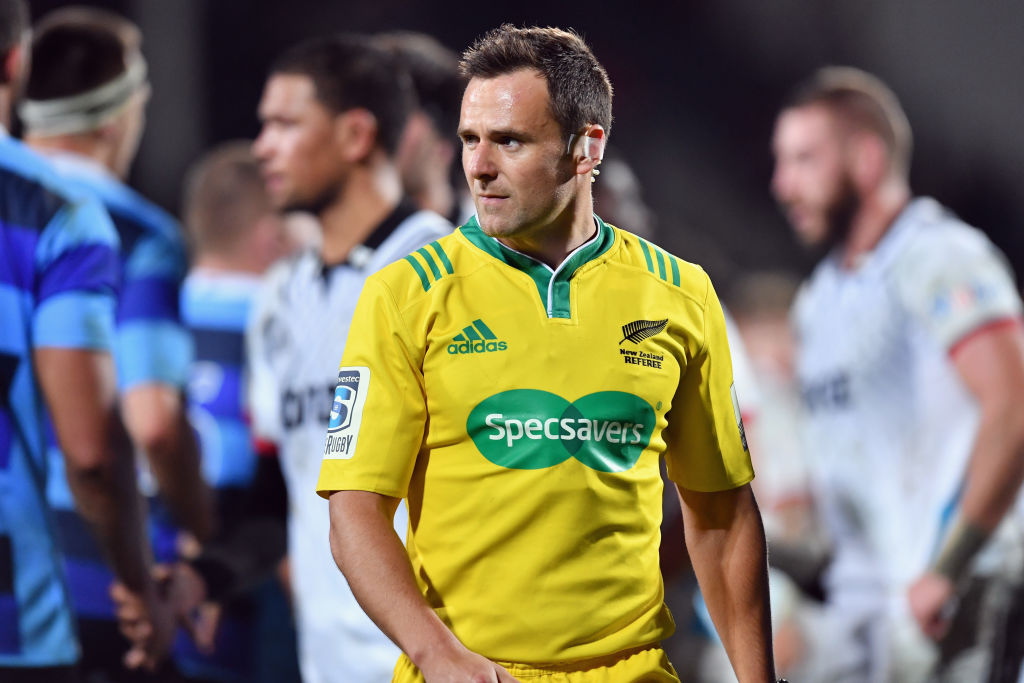