The TOTW has players from nine different teams after a round that saw three away wins, several yellow cards, a red card and bonus points that continue to prove crucial.

For many the match of the round was the Crusaders versus Reds match in Christchurch where the visitors outscored the champions four tries to three but failed to kick any goals and ultimately lost 24-20. In the Reds pack prop Taniela Tupou, workaholic lock Lukhan Salakaia-Loto, Harry Wilson and skipper Liam Wright all put in big shifts. Young No.8 Wilson [pictured below] made a round-high 26 carries, the joint-most of any player in a game in the last 10 Super Rugby seasons and more than any other forward; Wilson also made three offloads and scored a try.

As for the Crusaders they also have four players in TOTW. Upfront prop Joe Moody and skipper Scott Barrett, and behind the scrum fullback George Bridge and center Jack Goodhue. Moody beat two defenders, made one clean break and gained 11m from his seven carries, as well as crossing for a try. Bridge beat a total of 10 defenders - the second-most of any player - as well as making two offloads, 10/11 tackles and scoring a try. While Goodhue made 11 carries for 56m gained, two clean breaks, two offloads and two kicks in play, as well as making 14/17 tackles.

The Blues shocked an undisciplined Hurricanes team away in Wellington to record their third-win in a row. New winger Mark Telea is in hot form,he gained a round-high 140m - his most in a single Super Rugby game - as well as making four clean breaks, three offloads, beating a round-high 11 defenders and scoring a try. 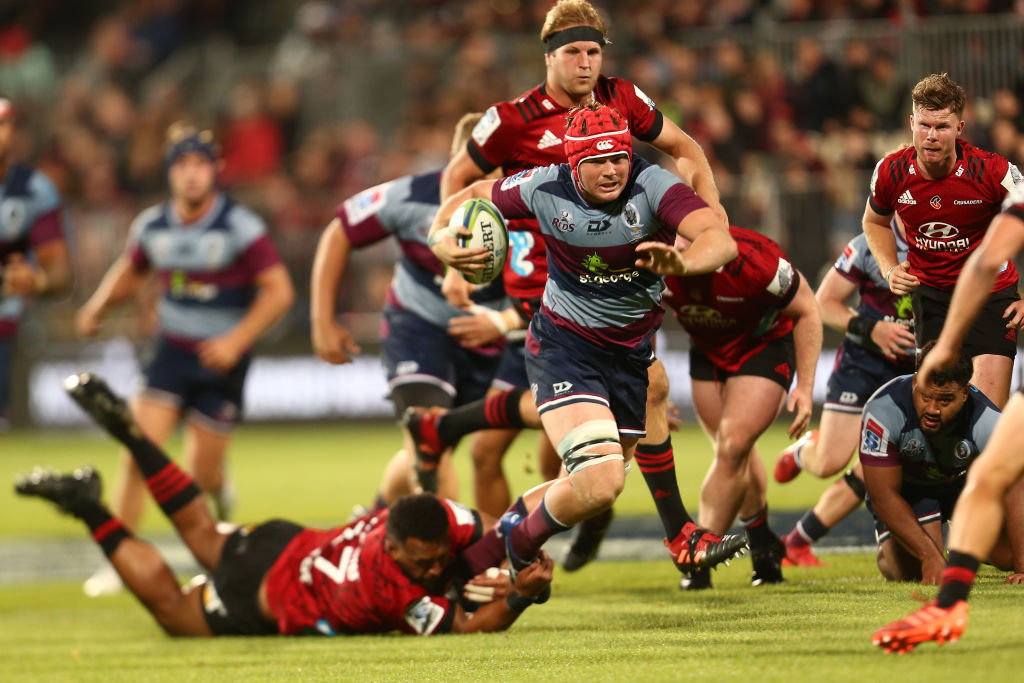 The Chiefs went on a second-half rampage against the Waratahs in Wollongong, led by All Black scrum-half Brad Webber. Only Jaguares' Joaquin Diaz Bonilla (14) made more kicks in play than Weber (11), who also made three clean breaks and gained 74m from his seven carries on top of crossing for a brace of tries. 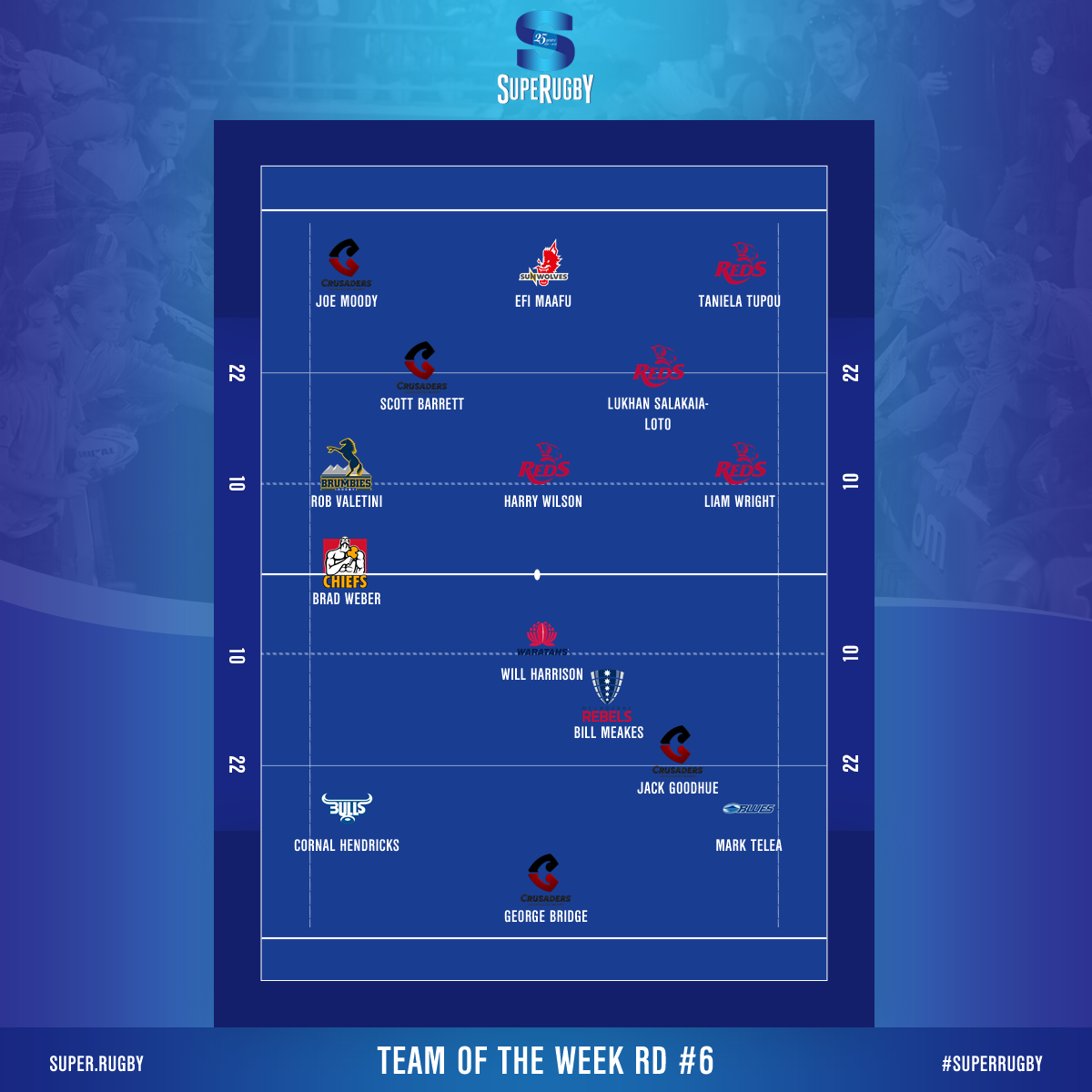 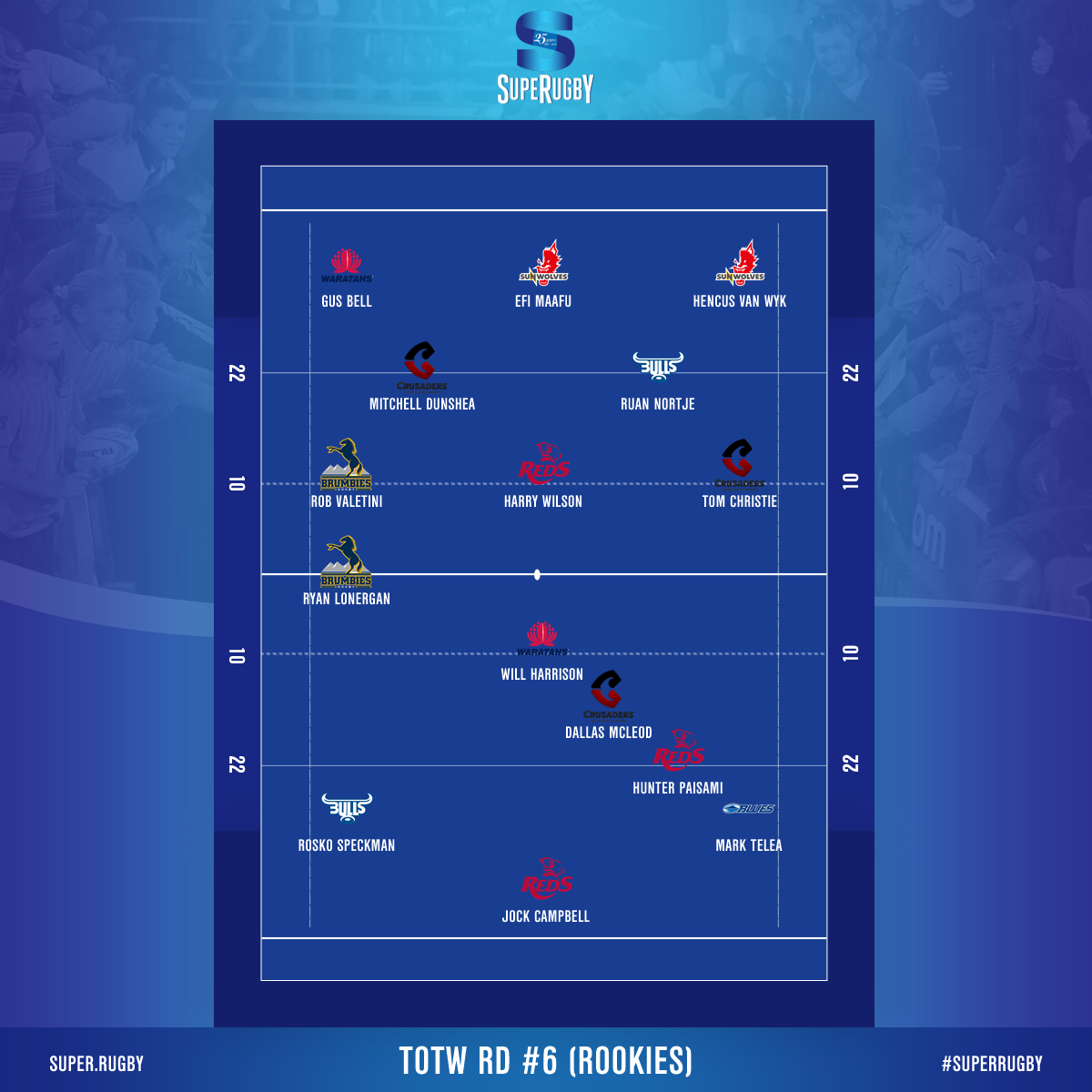