The referee appointments for Round #7 of the 2020 Super Rugby season are now confirmed.

The seven-match Round 7 kicks-off with just the one Friday match when the NZ Conference leaders the Chiefs host the Hurricanes in Hamilton. The referee is Jaco peyper.

The first match of the weekend is at Eden Park, Auckland, as the Blues - on a three-match winning streak -  host the Lions in the early match [due to the kick-off moved to accommodate the Sunwolves relocated match]. Marius van der Westhuizen will be in charge.

The next two matches comprise a double-header at Suncorp Stadium, Brisbane. The Sunwolves play the Crusaders [moved from Tokyo] prior to the Reds versus Bulls match. Brendon Pickerill will referee the first match while Mike Fraser will have the whistle for the Reds match.

The round continues in Cape Town with a South African Conference cracker between first-place Sharks against second-placed Stormers. AJ Jacobs is the referee while Nic Berry [pictured below] is in Buenos Aires where the Jaguares return home to take on the travelling Highlanders.

The last match of the round is on Sunday in Canberra and is an Australian derby where the top of the table Brumbies host the Waratahs. The referee is Rasta Rasivhenge. 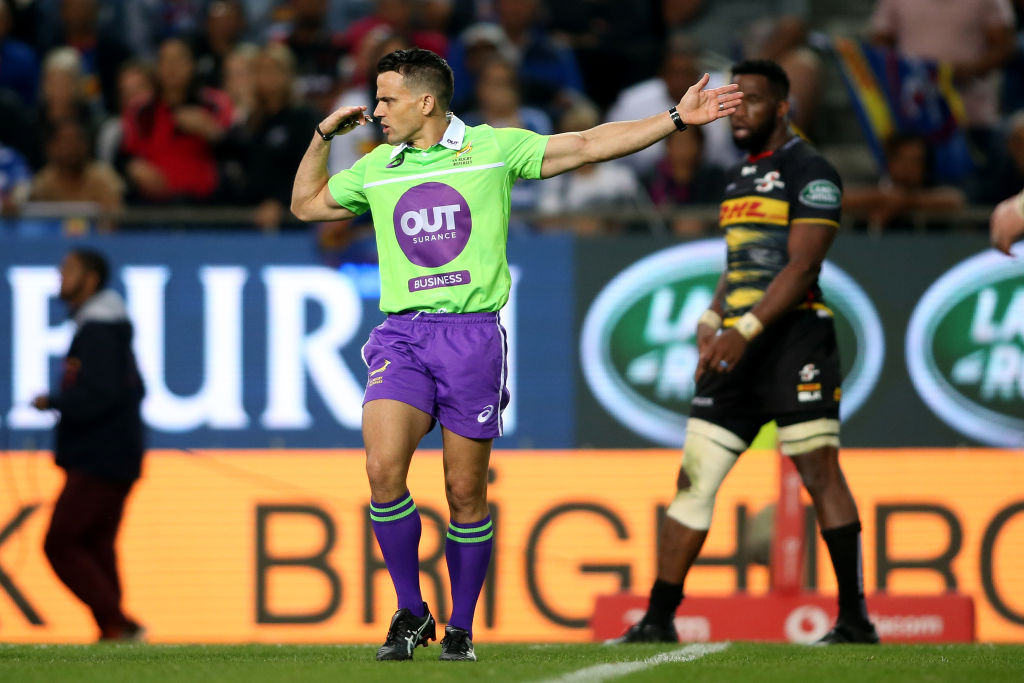