Super Rugby Round #7 Team of the Week

The Super Rugby TOTW has representatives from 10 of the teams highlighting the competitiveness of this year's tournament with the Sunwolves leading the way with three representatives.

Being a Super Rugby tipster is hard this year as the tournament clearly has no easy matches anymore. Away wins are now commonplace and teams are finding it hard to put back-to-back victories together. There are no unbeaten teams and after seven rounds all teams still are in the hunt for a finals spot.

One of the most consistent performers this year is Sunwolves fly-half Hayden Parker who landed 5/5 kicks at goal, made 11 carries for 26 metres and came up with a try assist. His teammate Semisi Masirewa enjoyed a wonderful match against the Waratahs scoring three tries, gaining 106 metres from nine carries and beating eight defenders in the process.

Chiefs fullback Damien Mackenzie was again the catalyst for the Chiefs late win in Buenos Aires and he was top points scorer in the round with 20 poionts. Stormers hooker Mbongeni Mbonami made the most carries (11) and metres (39) of any hooker in round seven, also landing 8/9 lineout throws and completing 6/7 tackles.

Player of the Week is Blues wing Rieko Ioane who again showed his class against Stormers scoring a try and made a round high 135 metres from just 12 carries, making eight clean breaks in the process - the most breaks recorded by Opta in a Super Rugby match (since 2010/11). 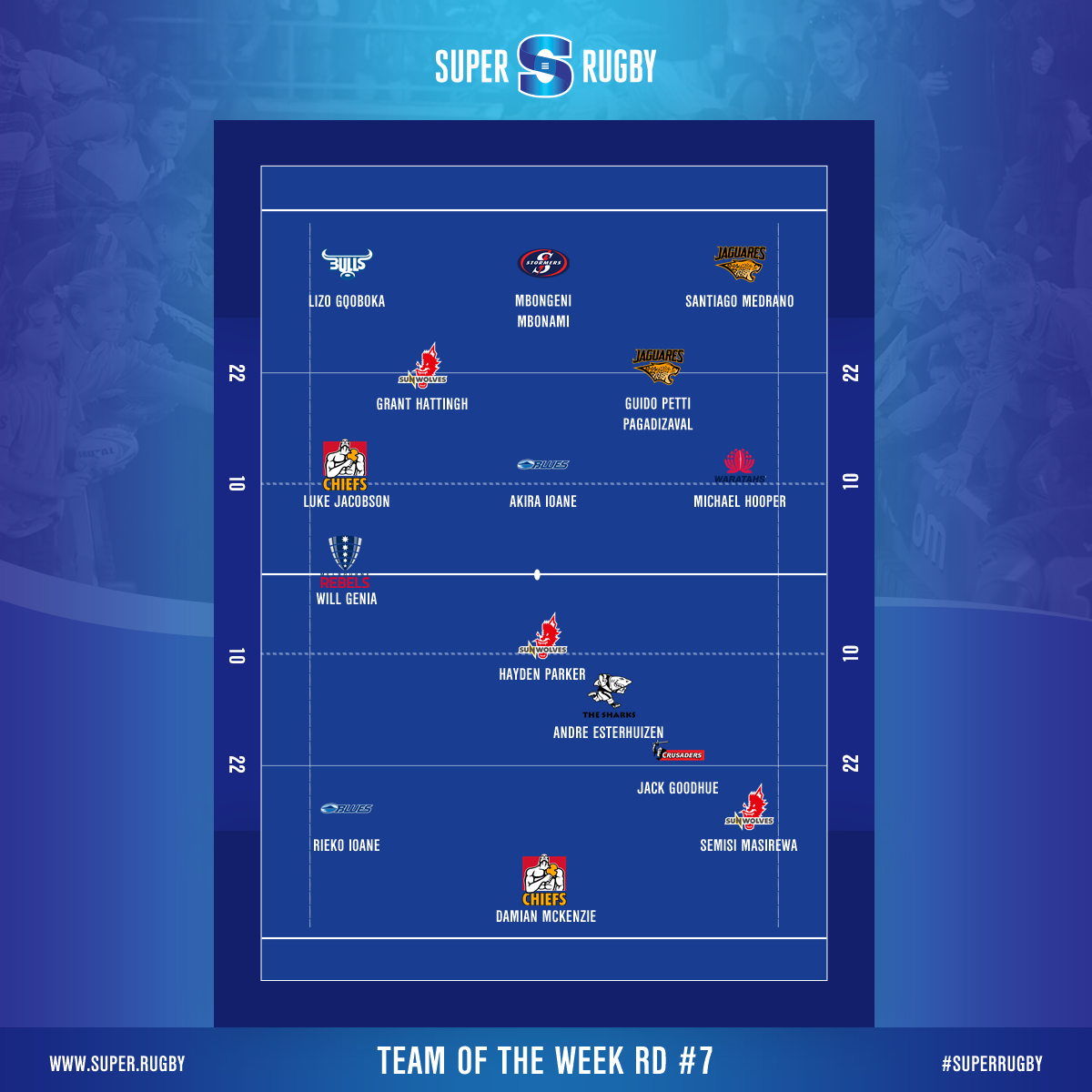 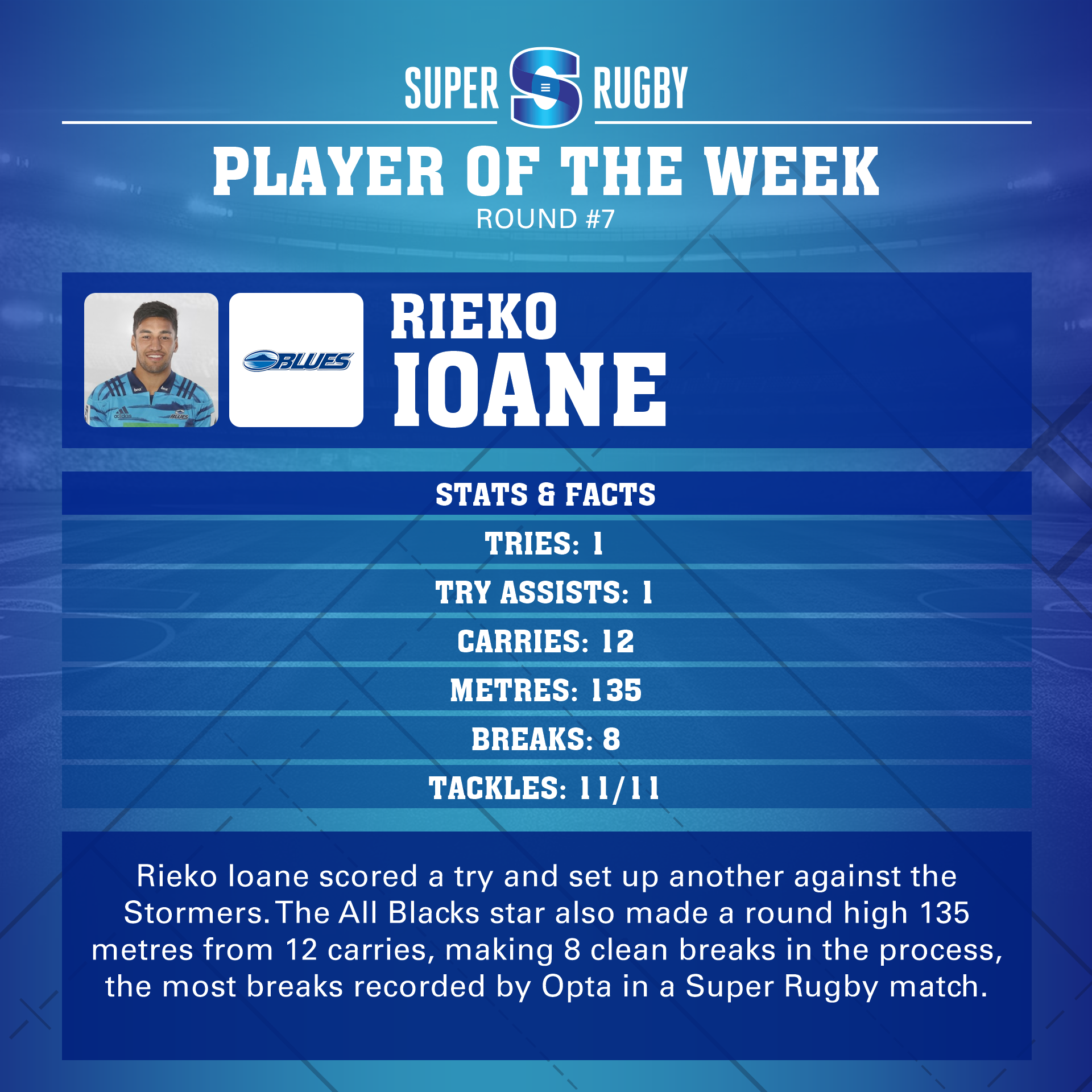