Super Rugby Round #7 Team of the Week

Here is the TOTW for Round 7 plus the Team of the Season to date as we enter a period of tournament suspension due to the COVID-19 global situation...

Round 7 was truncated due to the postponement of the Jaguares versus Highlanders match in Buenos Aires after uncertainty over travel restrictions and subsequent stand down periods after the New Zealand Government announced quarantine for all travellers including returning citizens.

Nonetheless it was an action-packed round with the Hurricanes upsetting the Chiefs at home, the Sharks prevailing in the top of the table South African Conference derby against the Stormers and the Brumbies strengthening their position at the top of the Australian Conference.

The round saw the first-ever double header as the Reds versus Bulls match was preceded by the relocated (from Tokyo) Sunwolves versus Crusaders match at Suncorp Stadium in Brisbane. The Crusaders proved too strong with three players putting their hands up for the TOTW. Centre Braydon Ennor made the joint-most clean breaks (4) of any player, scored a try and produced a try assist, while wing Leicester Fainga'anuku beat the joint-most defenders (13) of any player as he made eight carries for 98 metres gained. Not to be outdone flanker Sione Havil beat the most defenders (7) of any forward from his 12 carries, made 10/12 tackles and scored a try.

The Reds have had a tough roster to start the season and after a narrow loss away to Crusaders in round six overran the Bulls at Suncorp. Upfront prop Taniela Tupou [pictured below] was one of only two props to score a try and he also beat the most defenders (4) of any prop, whilst hooker Alex Mafi scored a try, made the second most carries (11) of any hooker and was the only one to make multiple offloads (2). Lock Harry Hockings won the most lineouts on a team's own throw (7) and no player in his position made more carries (11). Fly-half James O'Connor returned after injury and made the joint-most kicks in play (11) and second most offloads (4) of any player, produced a try assist and gained 52 metres from 13 carries.

The Sharks have produced some scintillating play this season and fullback Ahpelele Fassi has been a standout. Against the Stormers he scored a try, was one of only four players to gain 100+ metres (100), and won a turnover, while only one player made more than his 17 carries. 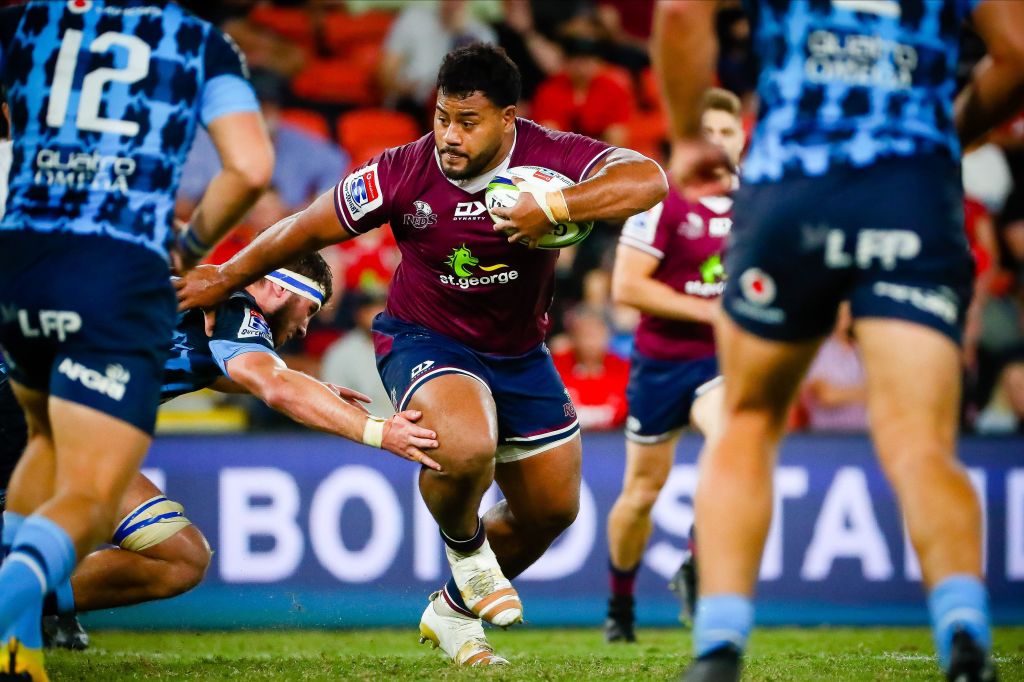 The Blues are presently enjoying their best start to a season for some years and contribute three players to TOTW after a convincing win over the Lions in Auckland. Wing Mark Telea created havoc in the Lions defence and is one of the most elusive runners in the competition, while Sam Nock had his best game this year - no scrum-half gained more metres (84), made more clean breaks (3) or offloads (2); Nock also made a try assist and 5/5 tackles.

Blues No.8 Hoskins Sotutu has also been very impressive so far and has kept All Black Akira Ioane out of the team. Against the Lions he scored a try, made the most carries (15) of any forward in the round for the second most metres gained (105); Sotutu also made a joint round-high four clean breaks and didn't miss a tackle (7/7). He is the Player of the Week. 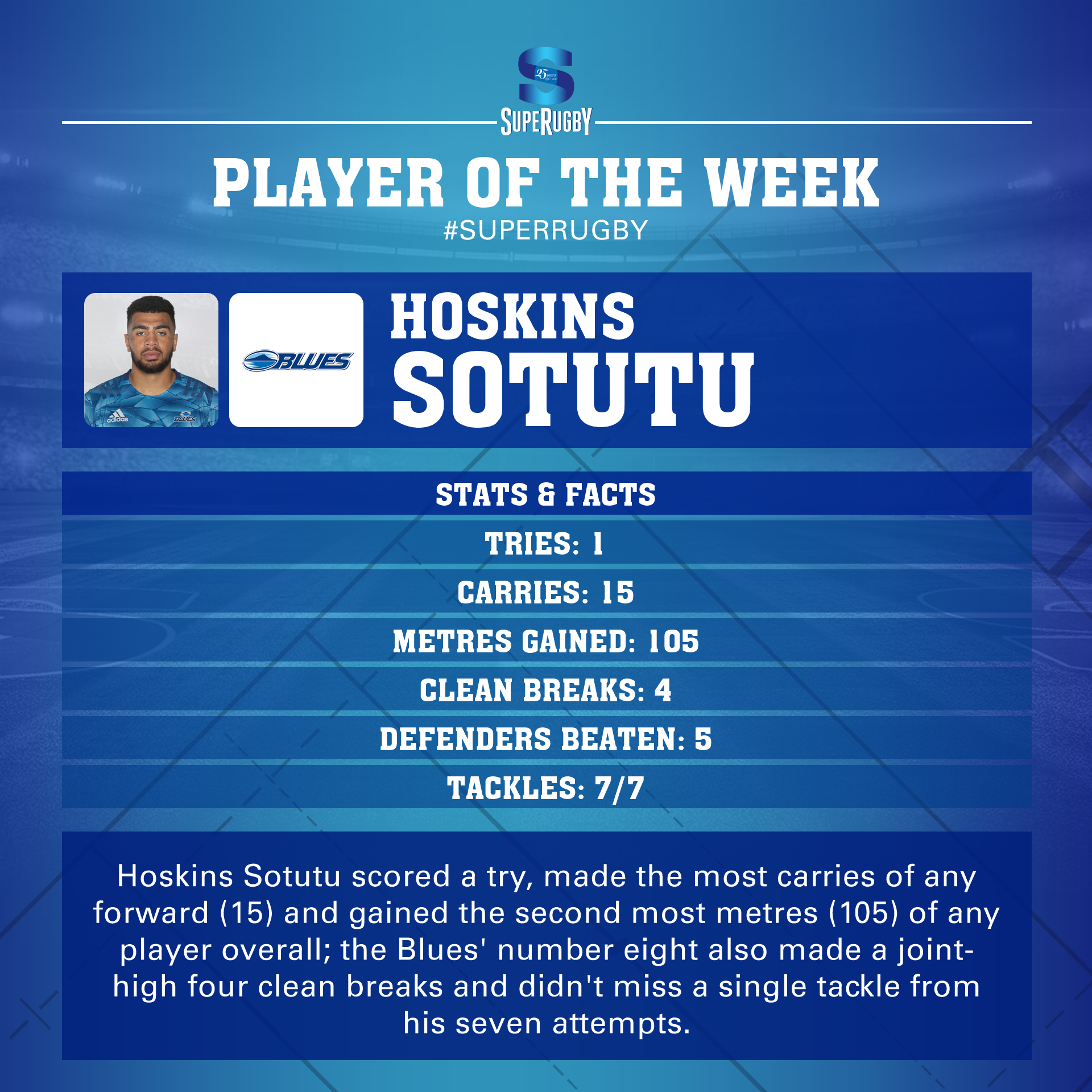 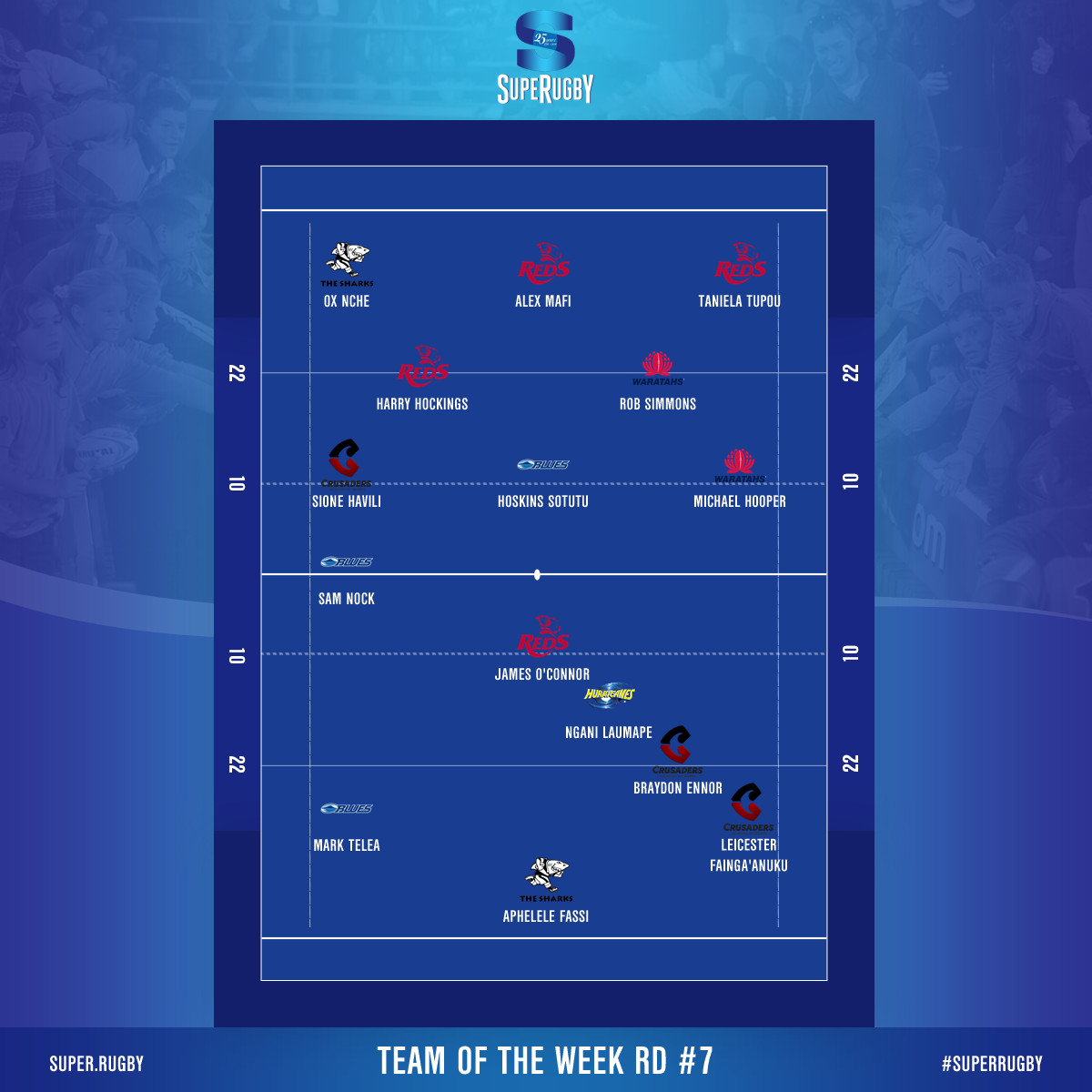 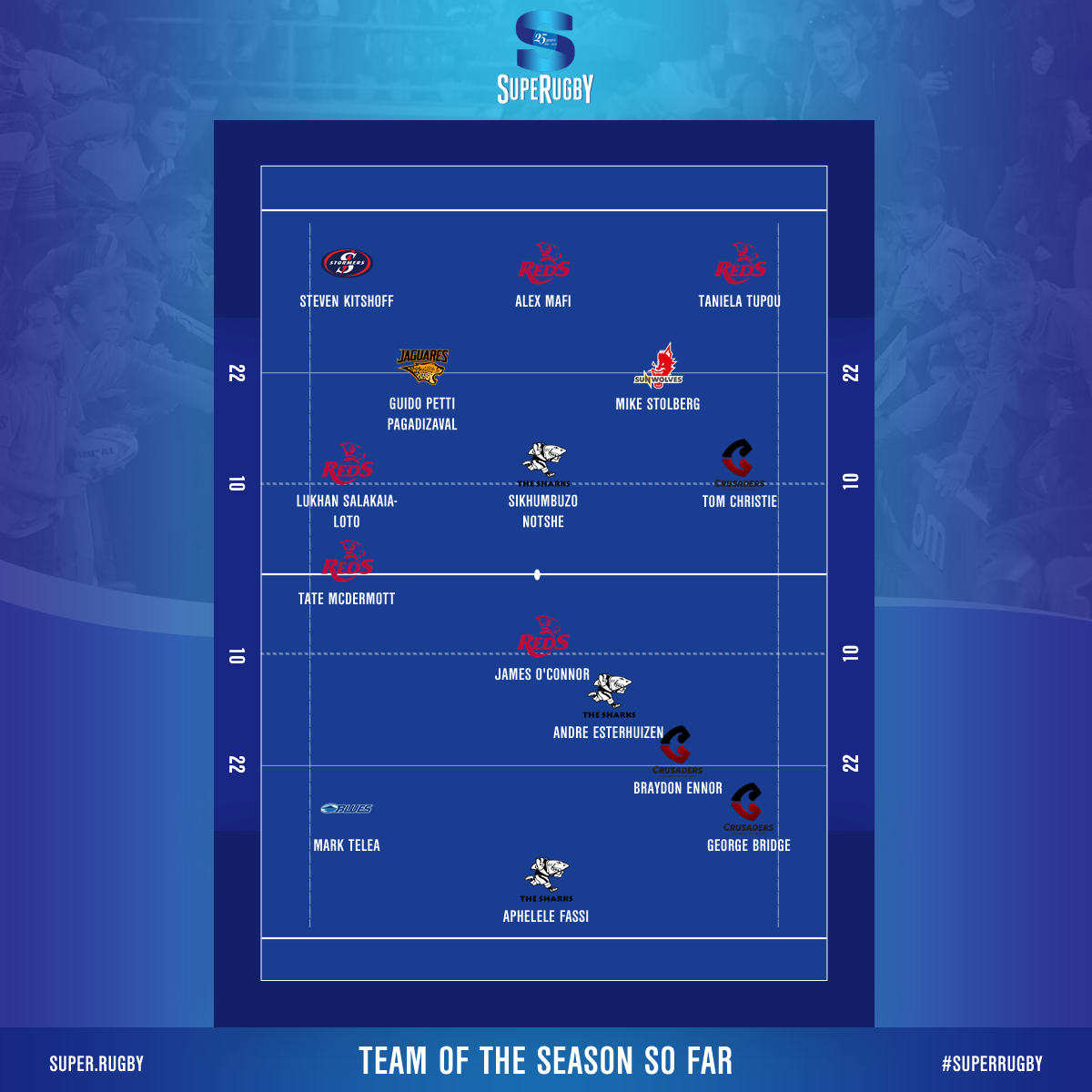