Super Rugby Round #8 Team of the Week

The Super Rugby TOTW has representatives from 11 of the teams, including some in-form big names,  as the competition heats up and we approach the halfway stage of the season.

Round 8 produced three away wins as the Hurricanes [2nd] and Sharks [1st] strengthened their respective conference standings, while the Jaguares recorded a much needed away win to get back on track. The Blues recorded their fourth straight win to leap frog up the NZ Conference while the Rebels now sit comfortably at the top of the Australian Conference.

Ardie Savea continued to impress for the Hurricanes and will hope to be on the All Blacks selectors radar with his consistent performances. Against the Highlanders he won two turnovers, gained 97m from nine carries, made two clean breaks, and scored a brace of tries. Fellow backrower Pablo Matera of the Jaguares made 13/13 tackles, beat four defenders, gained 57m from eight carries, and crossed for a try, while Crusader lock Scott Barrett put in another big shift also.

Behind the scrum Will Genia of the Rebels made more metres (85) and more clean breaks (3) than any other scrum-half, as well as crossing for a try. Another big name player Beauden Barrett steered the Hurricanes to a victory over the Highlanders, scoring 11 points thatb included 5/5 kicks at goal. Sunwolves flyer Semisi Masirewa scored another two tries as did Crusader wing Sevu Reece.

Player of the Week is Rebels Fullback Reece Hodge who starred with a hat-trick of tries in the defeat of the Sunwolves in Melbourne. 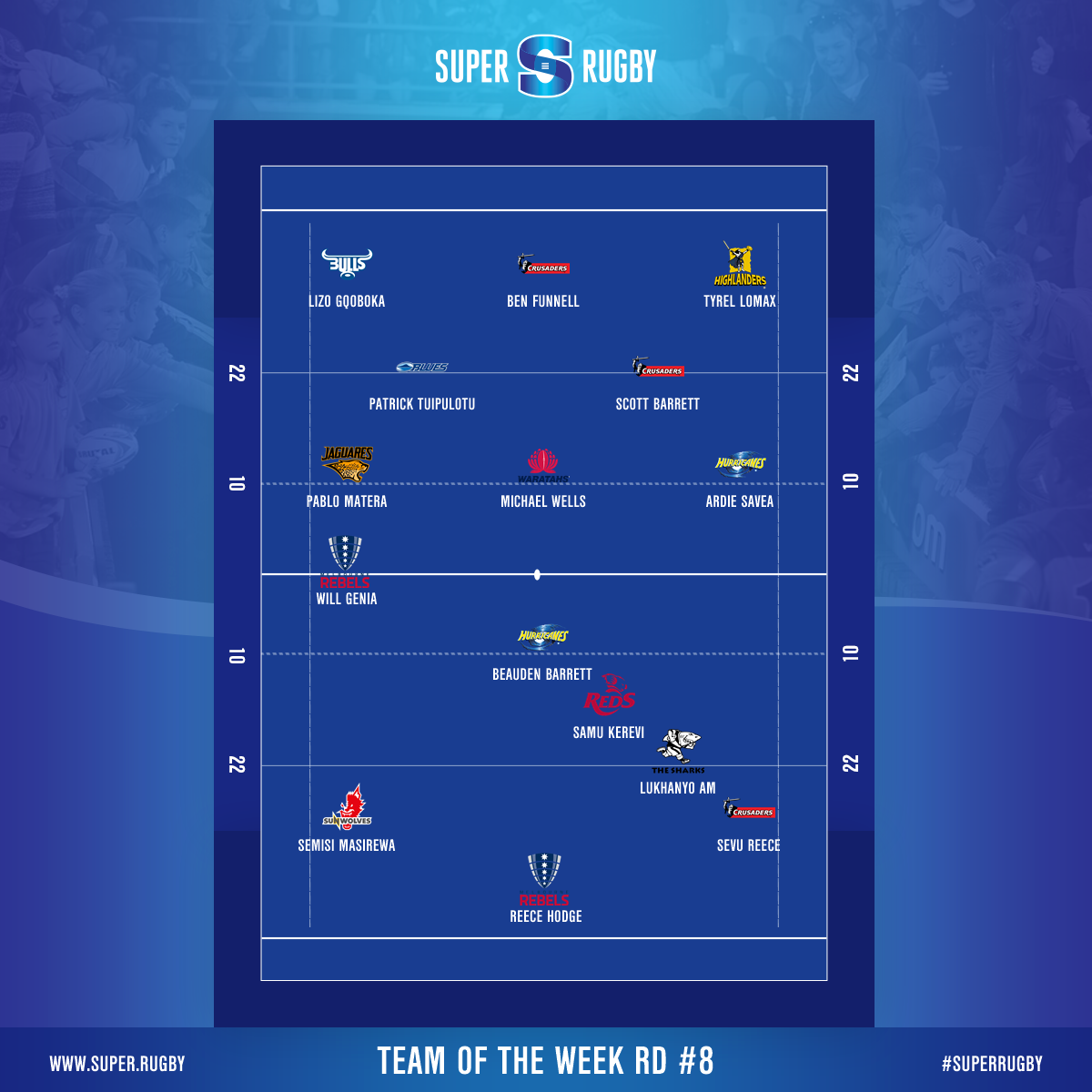 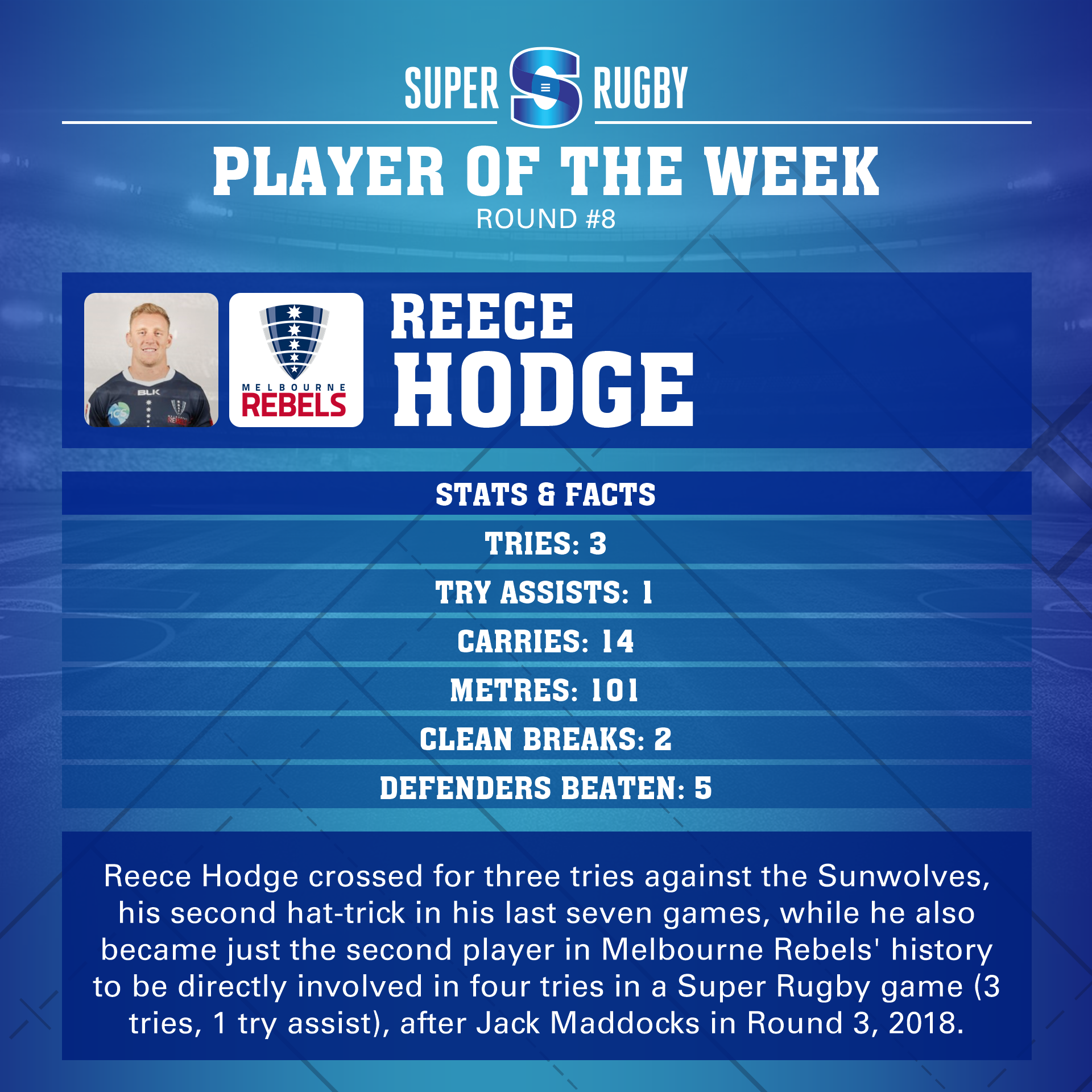