Super Rugby Round #9 Team of the Week

The Super Rugby TOTW has representatives from seven of the teams this week, with the Crusaders and Chiefs leading the way with three representatives each. The Jaguares impressive win in Durban against the Sharks means two of their team win selection also.

The halfway mark Round 9 produced four home wins and two away wins as the Stormers upset the Rebels in Melbourne ahead of the Jaguares win. The Chiefs have now won three straight after a poor start to the season, as have the Crusaders. Entering the second half of the season the Rebels lead in Australia, the Crusaders in New Zealand and Bulls in South Africa but there is all to play for and Finals positions are up for grabs in all conferences.

Jaguares flanker Pablo Matera had a huge match in Durban making 10 tackles without missing any and was one of just two forwards to cross the try line more than once, as well as gaining 53 metres, making three breaks and beating three defenders. Bulls lock RG Snyman made the most metres (55), breaks (3) and beat the most defenders (4) of any tight five forward as well as throwing three offloads, providing one try assist, and catching five lineouts. Lions hooker Malcolm Marx is back in the team this week. He found a teammate with 10 of his 12 lineout throws, gained 40 metres from his 13 carries and in defence made 10 tackles and won a turnover.

Behind the scrum Will Genia of the Rebels makes the team for the second consecutive week. Made over twice as many carries as any other scrum half (13), beating three defenders in the process and scoring a try. Centre Matias Orlando became the third different player to score a hat-trick for the Jaguares and the first to do so outside of Argentina, while only two backs could better his tally of 12 tackles in this round.

Crusaders wing Sevu Reece continues to impress once again and is proving to be an outstanding attacking weapon out wide. He makes the team once again and is Player of the Week after a round-high five clean breaks from just eight carries, gaining 108 metres, crossing for a try and assisting in one too. 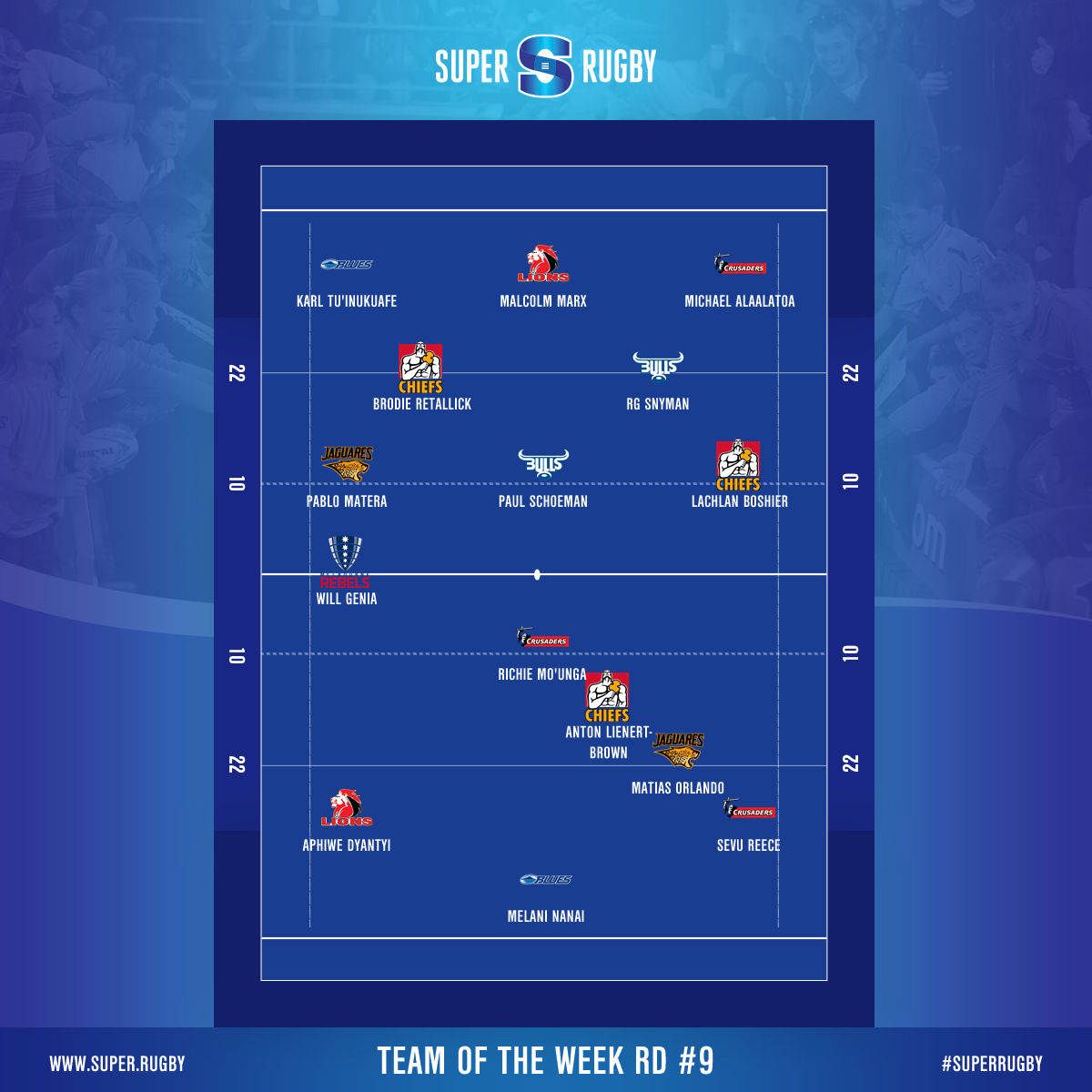 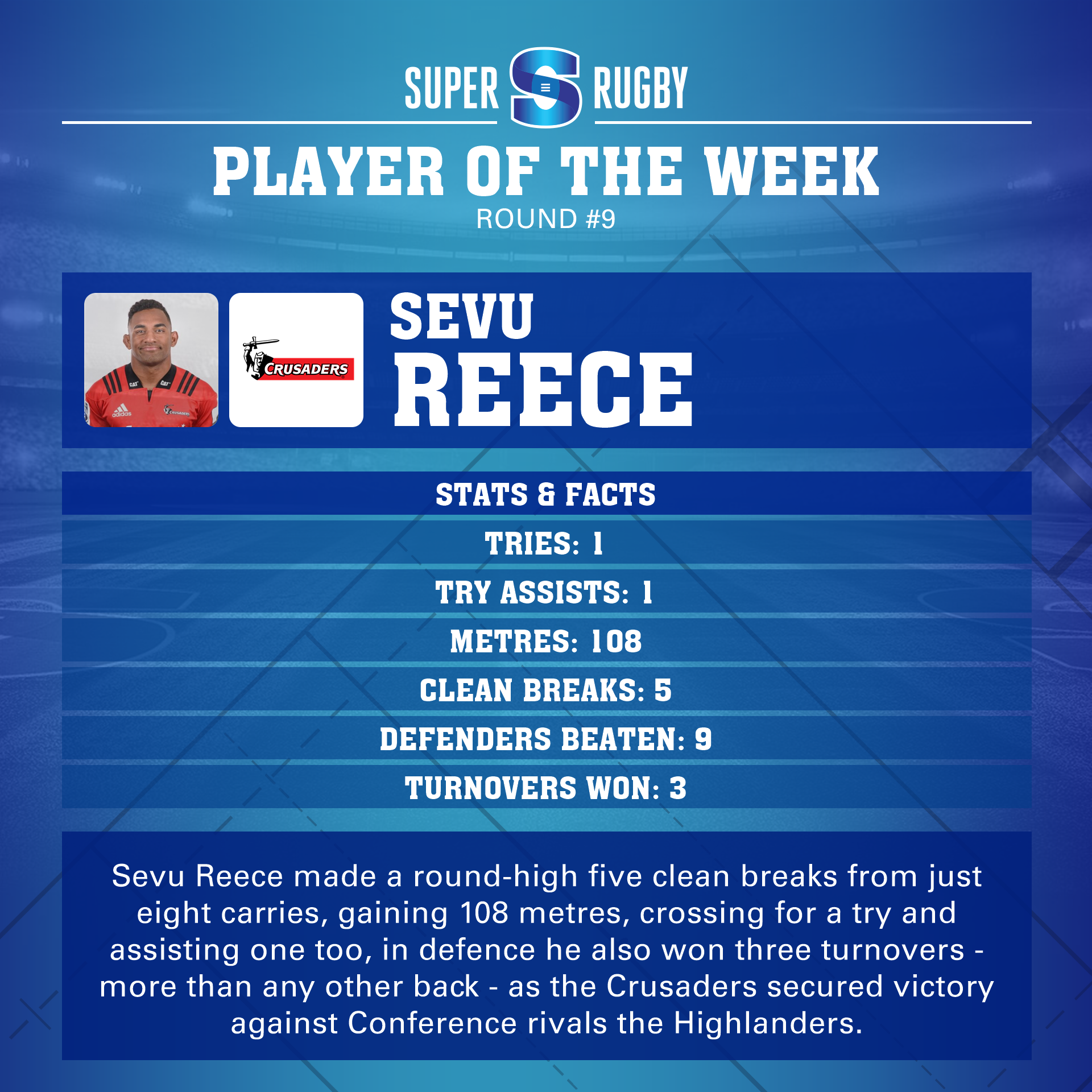