The Super Rugby Team of the Week is an interesting mix from the semi-finals with the Crusaders leading the way with six players. Dynamic Lions' flanker Kwagga Smith is Player of the Week.

In an action-packed display the backrower scored two tries in his teams' win over the Waratahs. He won three turnovers , carried 11 times for 109 metres and beat 10 defenders. 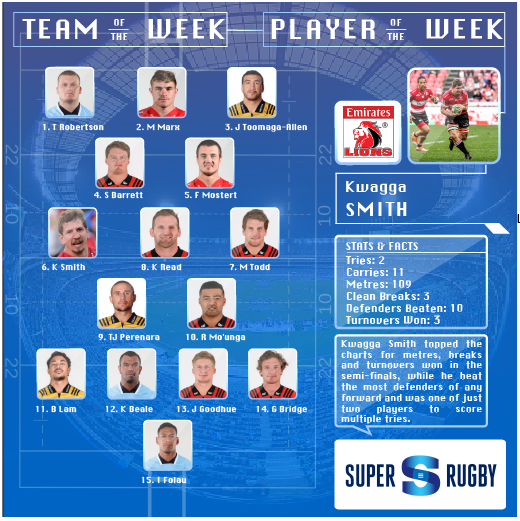