The Jaguares are on a roll, seven straight wins including a dominating semi-final win over the Brumbies and five players in the Team of the Week...

The two semi-finals produced 13 tries, a crowd of over 30,000 cheered on the Jaguares to victory in Buenos Aires and a place in their first ever Super Rugby Final, and the Crusaders overcame a gutsy Hurricanes side in Christchurch.

For the Jaguares forwards Tomas Lavanini in the second row and Pablo Matera at flanker were standouts  with solid all-round matches in defence and attack while scrum-half Tomas Cubelli scored a try, had a try assist, won two turnovers and no scrum-half made more than his nine tackles. With the platform laid the backs enjoyed quick ball and space and wing Matias Moroni produced a try assist and was one of only two players across the weekend to run for over 100 metres (108) from his 10 carries. A standout was centre Matias Orlando, our Player of the Week,  who scored two tries, produced a try assist, two offloads, three clean breaks and beat six defenders in nine carries as well as making 10/10 tackles (the most of any outside back to not miss a single attempt). 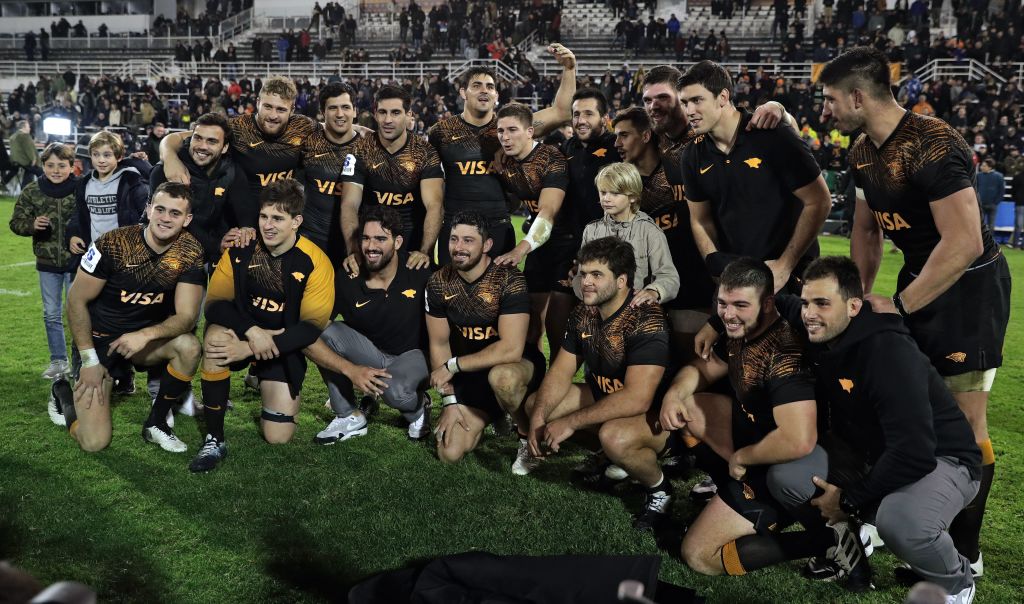 The Jaguares are into their first ever Super Rugby Final

All Black skipper and Crusaders No.8 Kieran Read has chosen the right time to hit his best form. He made the most carries (15) of any forward, gaining 26 metres - the third most by any forward - as well as making 10 tackles and winning a lineout.

2016 Champions, the Hurricanes, pushed the Crusaders all the way and are rewarded with several players in the TOTW despite the loss in Christchurch. Center Ngani Lampape scored two tries, made the most offloads (3) of any player, beat three defenders and made one clean break in just 27 running metres. Prop Toby Smith made the joint-most carries (5) of any prop and was the only one to pass double figures (21) in running metres, beating a defender and making a clean break as well. While hooker Dane Coles Was the only hooker across the weekend to play the full 80 minutes, while no player across the weekend beat more than his seven defenders; he also made 6/6 tackles and had 11/12 lineout throws won. 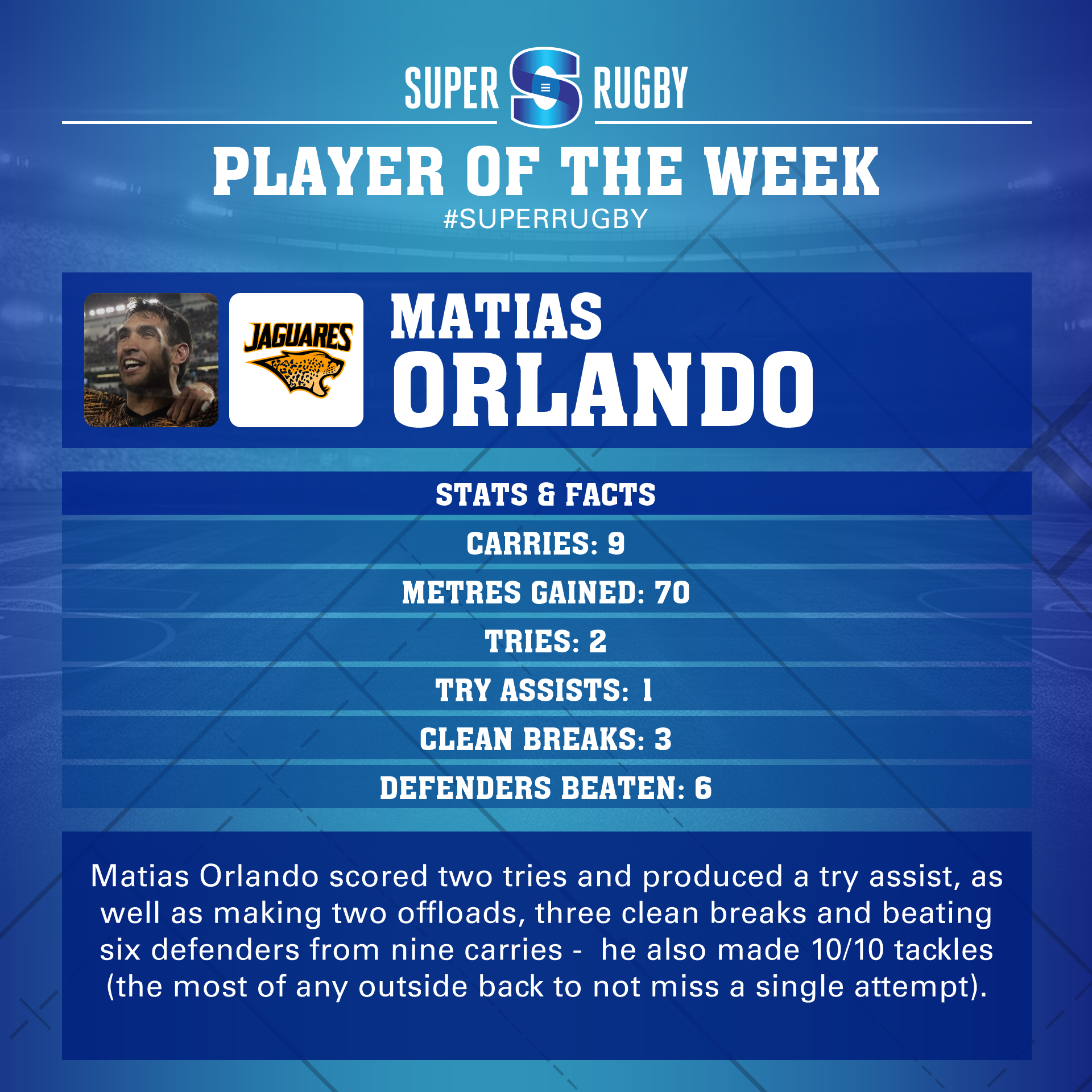 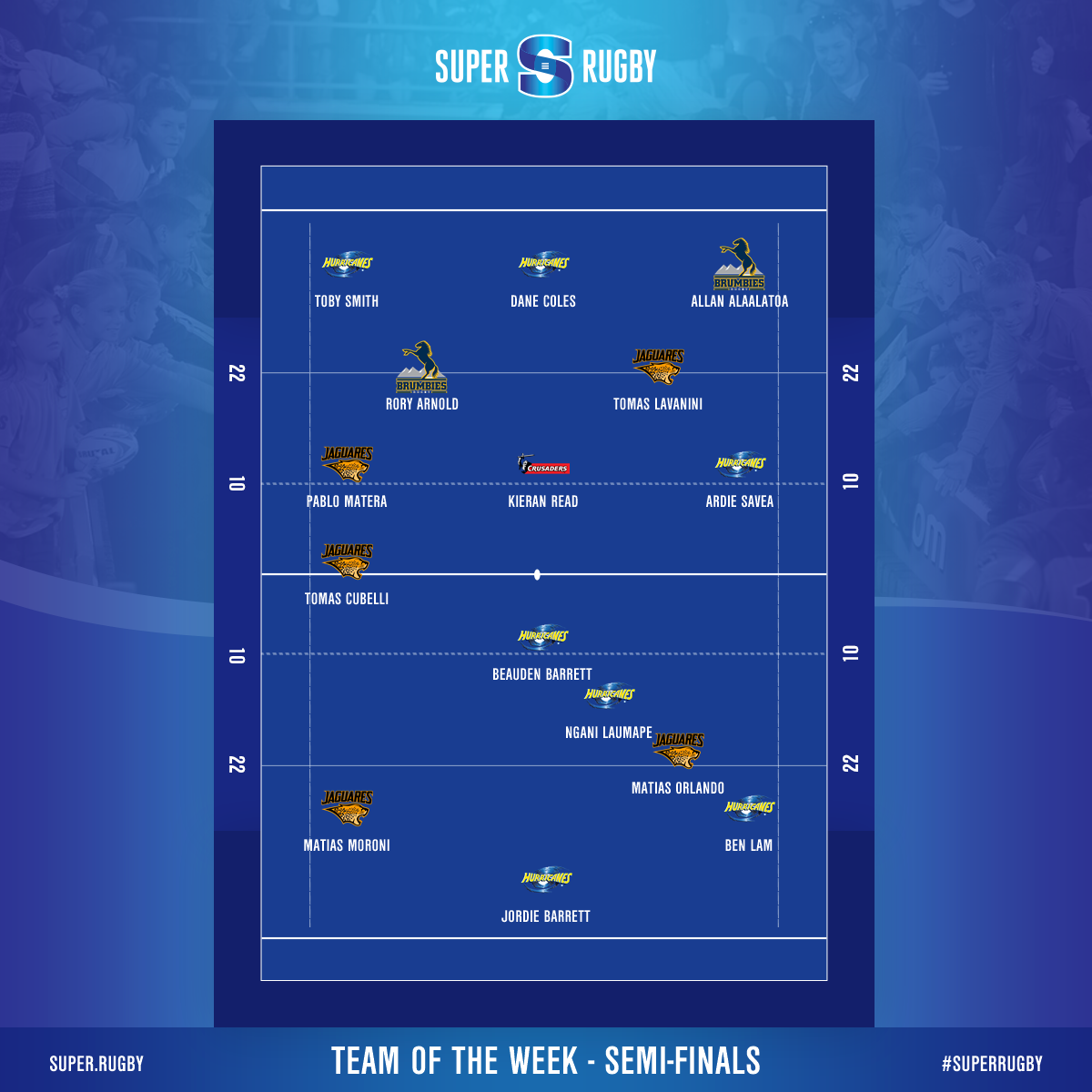