The Super Rugby Team of the Week is dominated by players from the winning teams as the Crusaders forge ahead in NZ Conference while the Waratahs and Rebels are locked into a battle for top spot in Australia.

Brumbies wing Henry Speight had his best game for his franchise this year to be Player of the Week. Despite missing Wallaby selection he scoring a brace of tries and ran for 145 metres that included 7 line breaks and 10 defenders beaten. 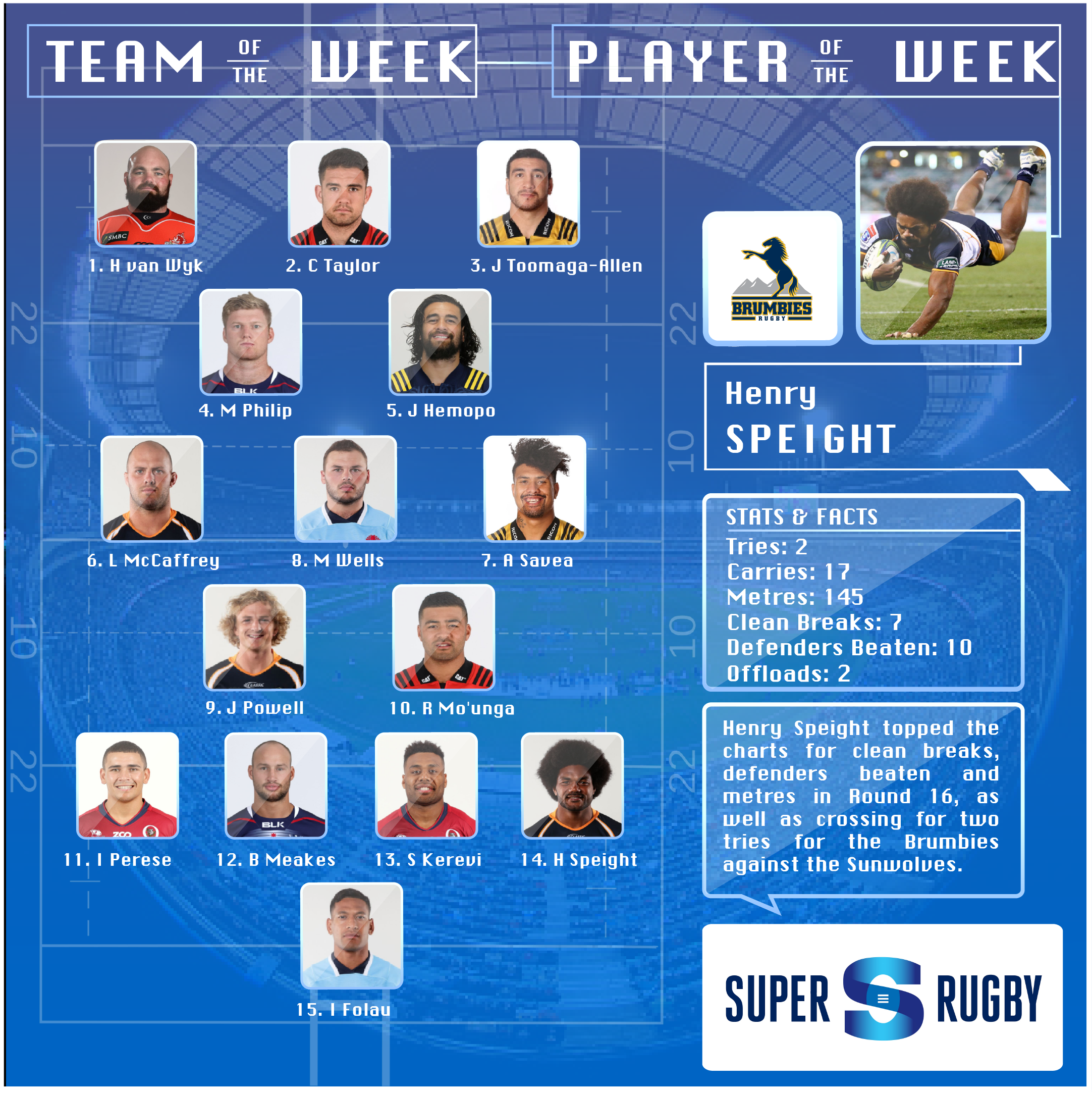