The Super Rugby Team of the Week has players from nine teams with the Chiefs and Brumbies leading the way after their victories in Week 17. The Sunwolves' Michael Little is Player of the Week.

Centre Michael Little has been one of the Sunwolves standout players this year and against the Bulls in Singapore he scored a try, assisted in another and didn't miss a tackle. 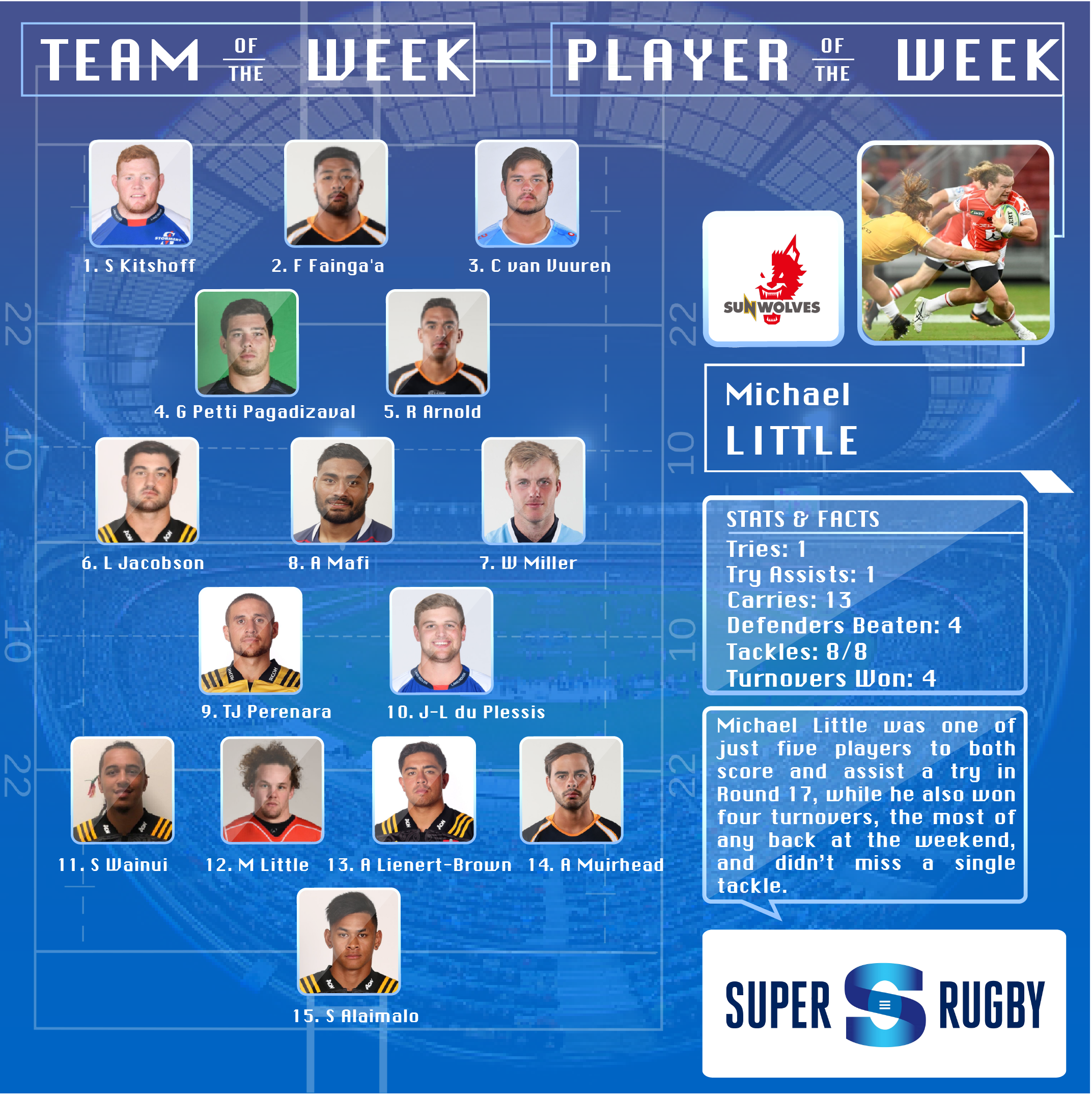