The penultimate Super Rugby Team of the Week for the normal season before we head into Finals next week. TOTW has players from eight teams with the Hurricanes Ngani Laumape Player of the Week.

Indeed the Hurricanes centre was clearly the standout player in Week #18 and made a huge contribution to the 'Canes return to winning ways when they beat the Blues 42-24. Laumape scored four tries, assisted in another try, he beat 10 defenders, made three clean breaks and ran for 119 metres. 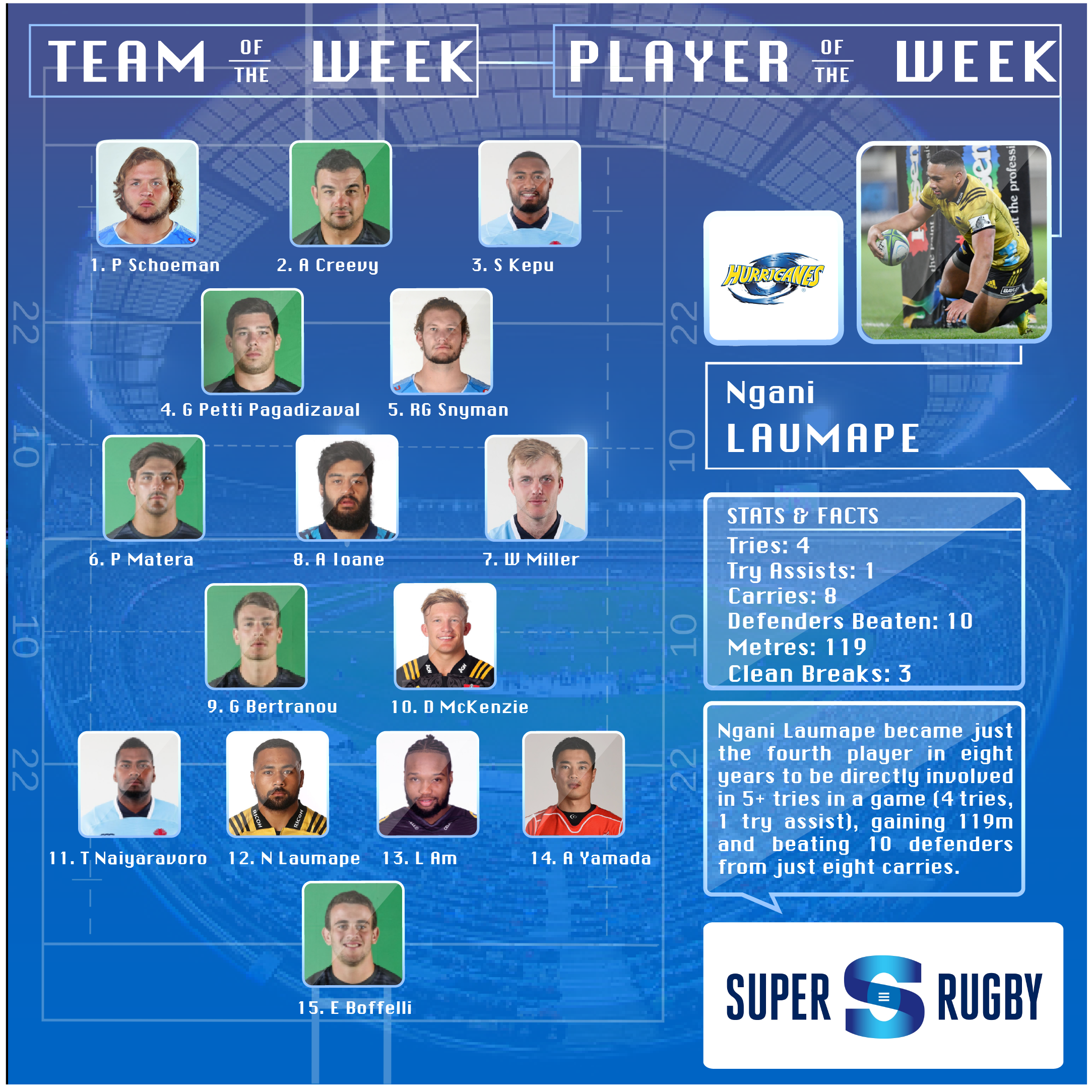