The Super Rugby Team of the Week has players from nine of the 14 teams with the Sharks, who beat the Jaguares to claim the last quarter-finals spot, contributing three of the players. Crusader wing George Bridge is Player of the Week.

The Crusaders winger scored a hat-trick of tries in his teams' win over the Blues to take his season tally to 14. He also assisted in a further try, had nine carries beating four defenders and ran for 123 metres. 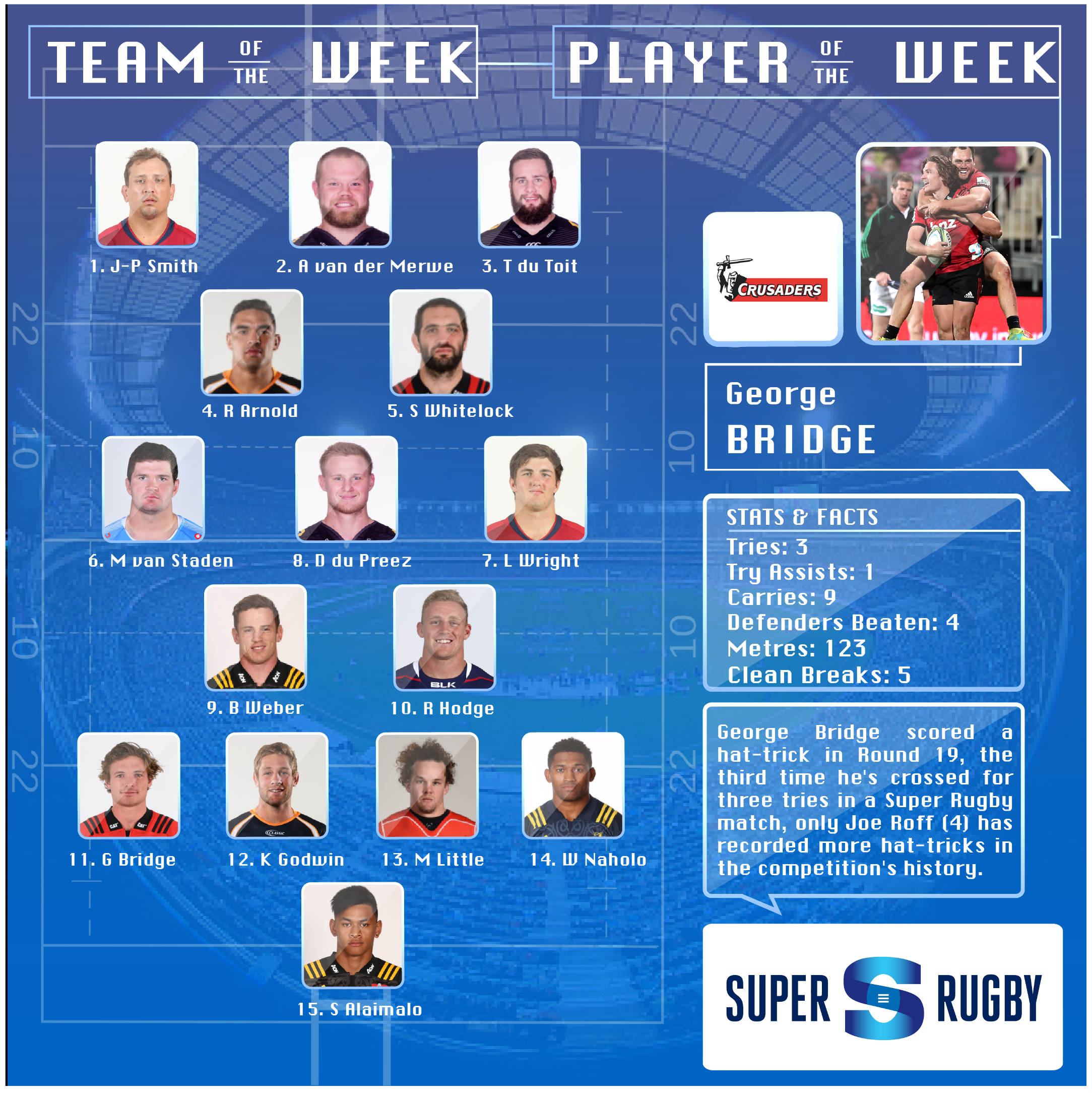