The Team of the Week contains players from nine different teams including four Sunwolves, two Waratahs and the lock pairing, Snyman and de Jager, from the Bulls. Player of the Week is Lions flyer Aphiwe Dyantyi.

In just his second match in Super Rugby Dyantyi scored two tries, made five clean breaks and ran for 158 metres. 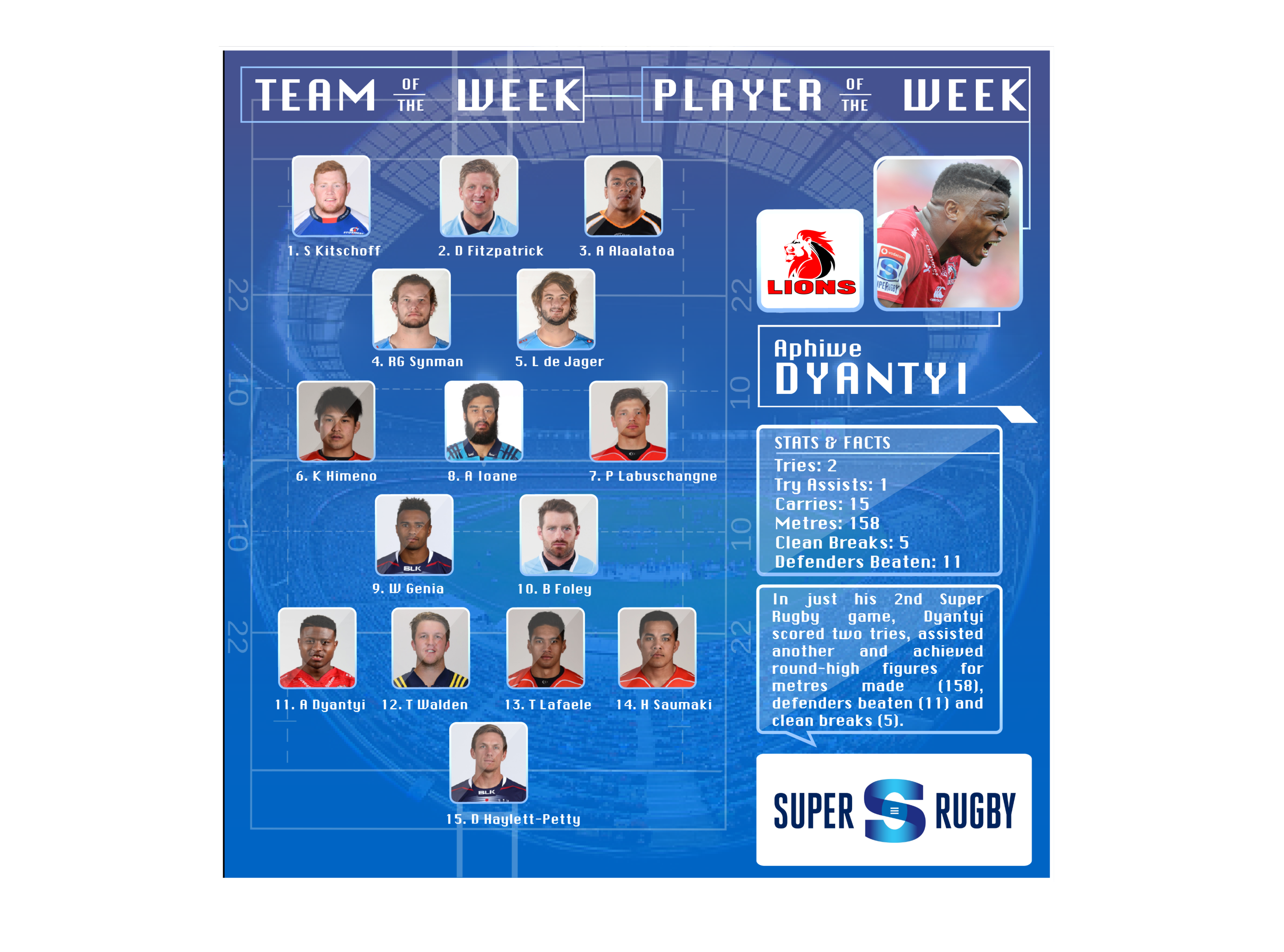