The Team of the Week contains players from nine different teams including four Crusaders and two from each of the Sharks, Stormers and Blues. Week #3 threw up some amazing action with four away teams winning while the Sharks and Waratahs played out the first draw of the season in Durban.

Player of the Week is Cobus Wiese whose work rate against the Crusaders was immense in completing 15 of 16 tackles and winning three turnovers. 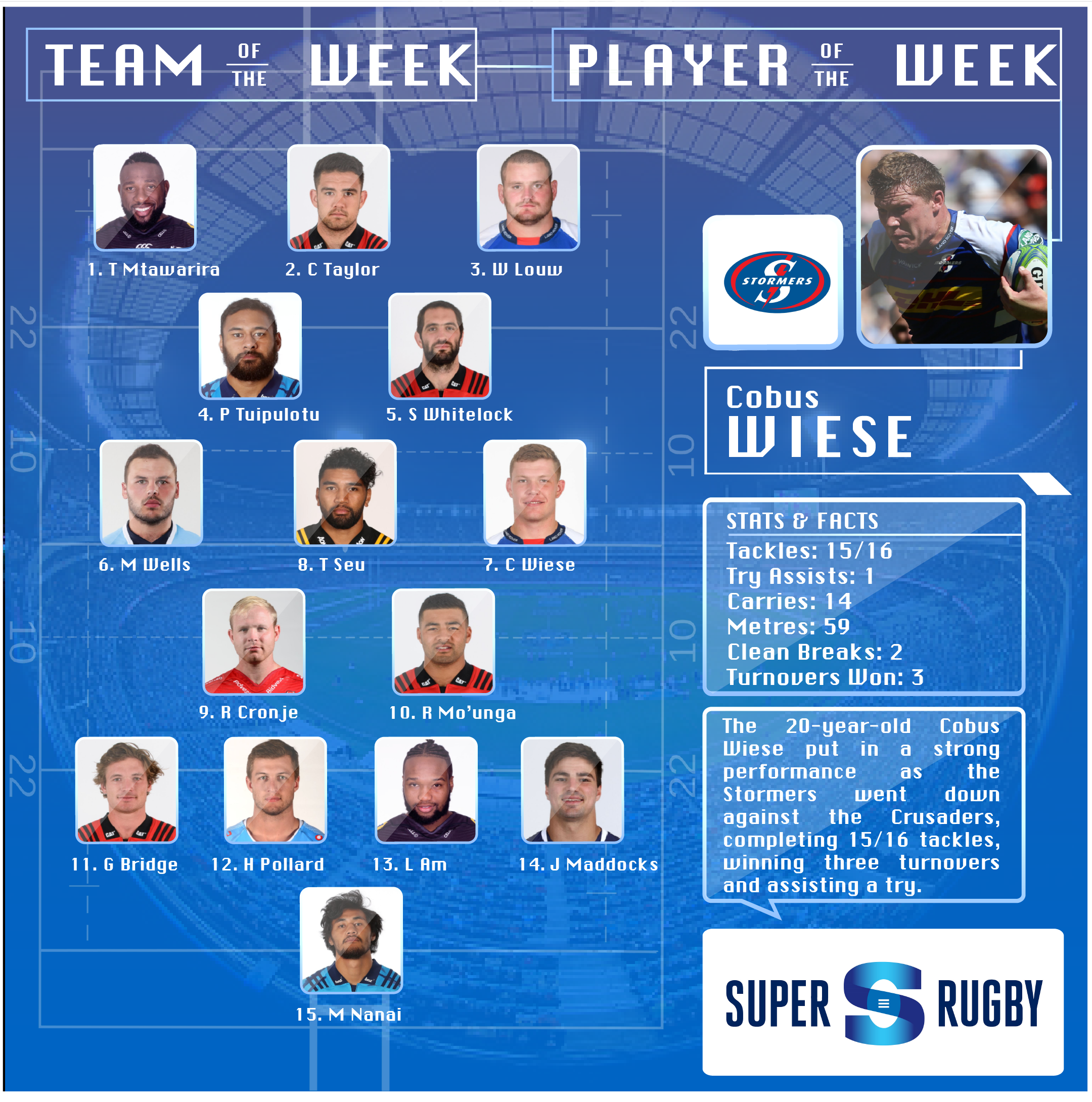