The Team of the Week is dominated by the Highlanders and Sharks following their comprehensive Week #4 wins. They each have four players in the team that has representatives from seven teams in total. The Rebels and Stormers each have two nominated players.

Player of the Week is Sharks winger Makazole Mapimpi who scored two tries, ran for 112 metres and beat seven defenders. 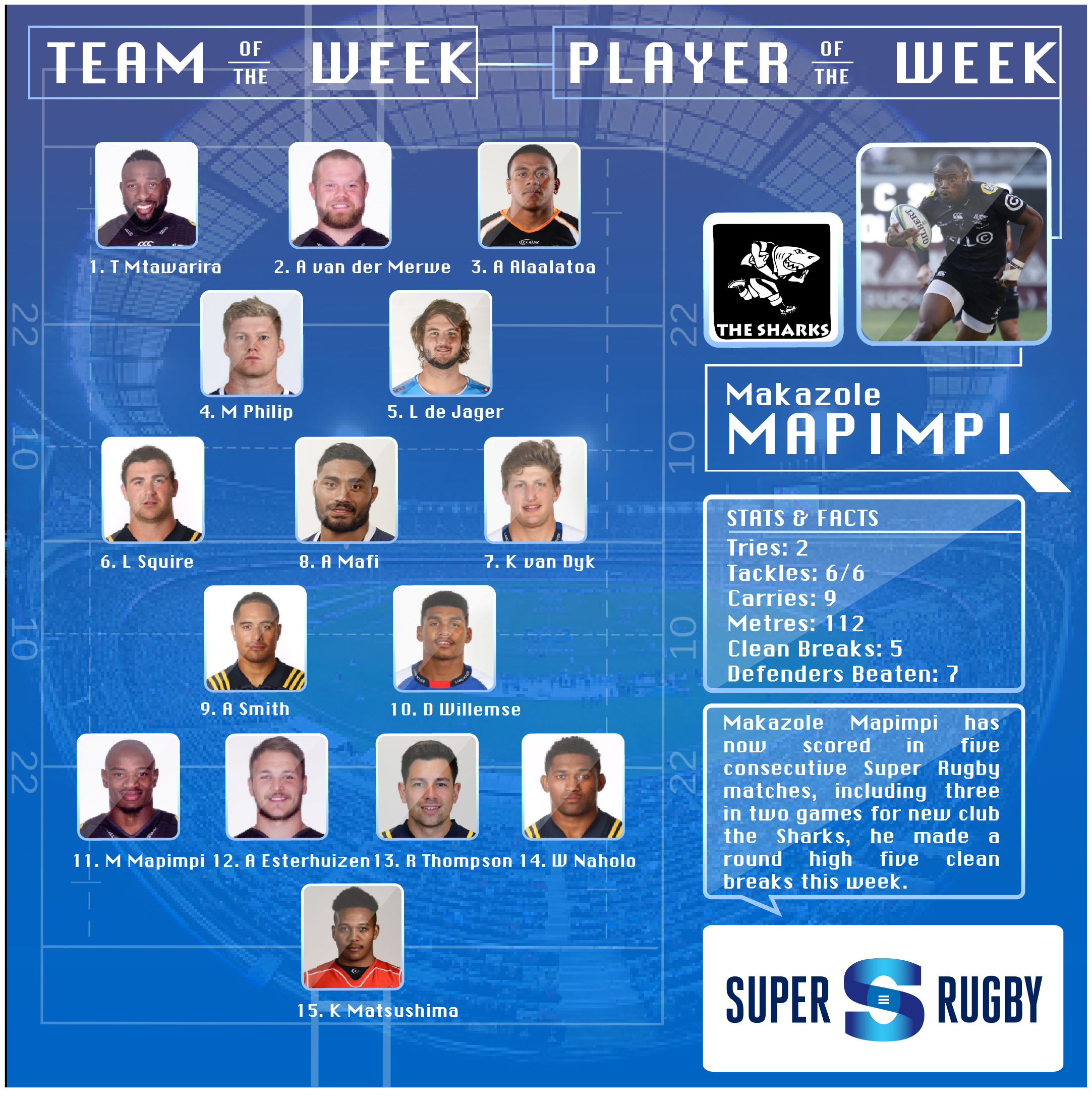