The Super Rugby Team of the Week has representatives from 10 of the teams with the Chiefs leading the way with three players, Damian McKenzie, Anton Lienert-Brown and Brodie Rettalick. The Reds had two representatives as did the Lions and Stormers.

The All Black lock Retallick was Player of the Week after he put in a huge shift against the Bulls, that included 12 carries, text book set piece delivery and two tries. 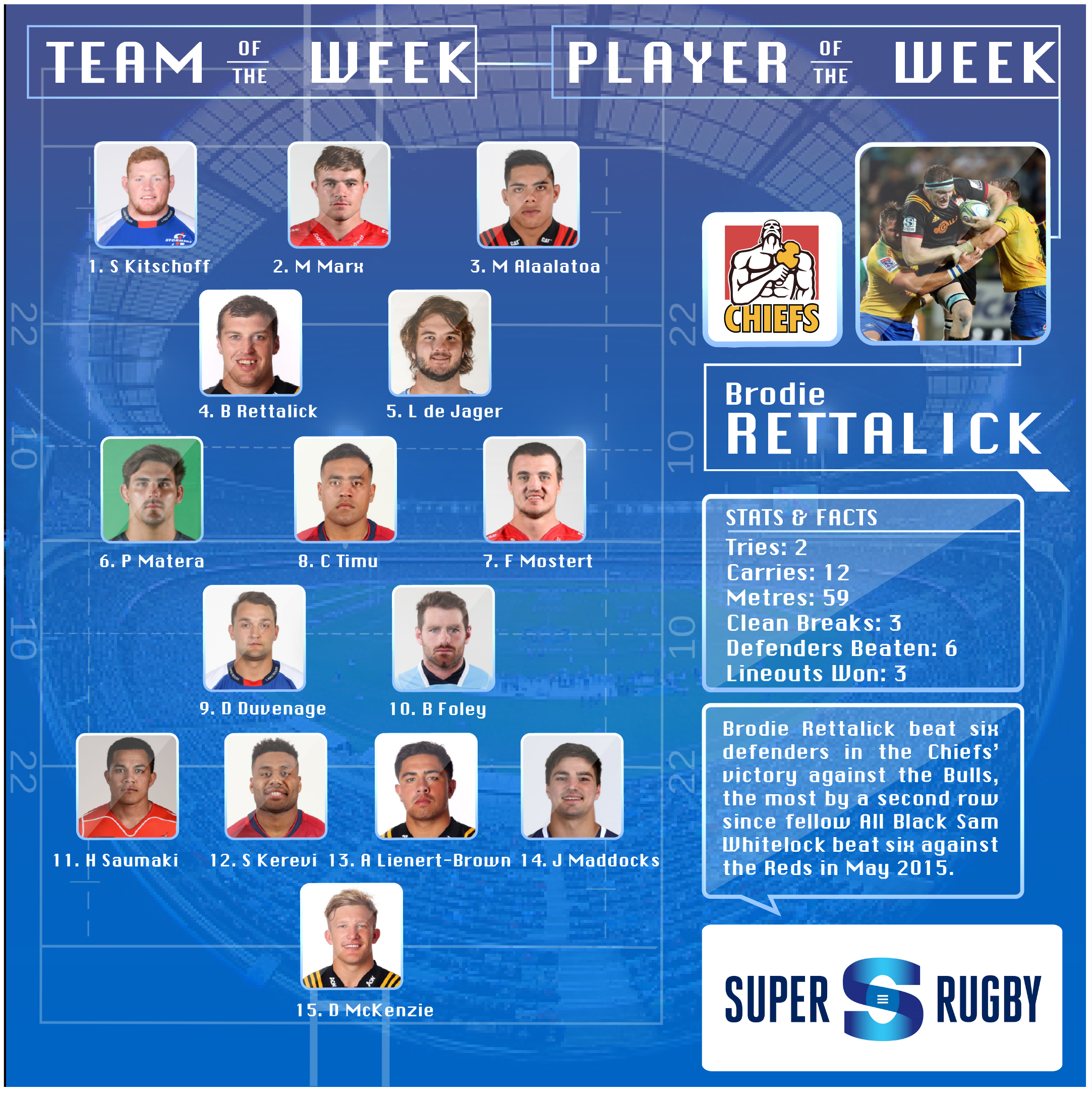