The Super Rugby Team of the Week has representatives from 10 of the teams in a weekend that saw four away victories in the six-match round. Once again Chiefs fly-half Damian McKenzie put in a huge all-round performance to be Player of the Week.

McKenzie's statistics, thanks to his open-field running and defenders beaten, edged out Sharks fly-half Robert du Preez for a place in TOTW who also had a massive game scoring 38 points against the Blues. 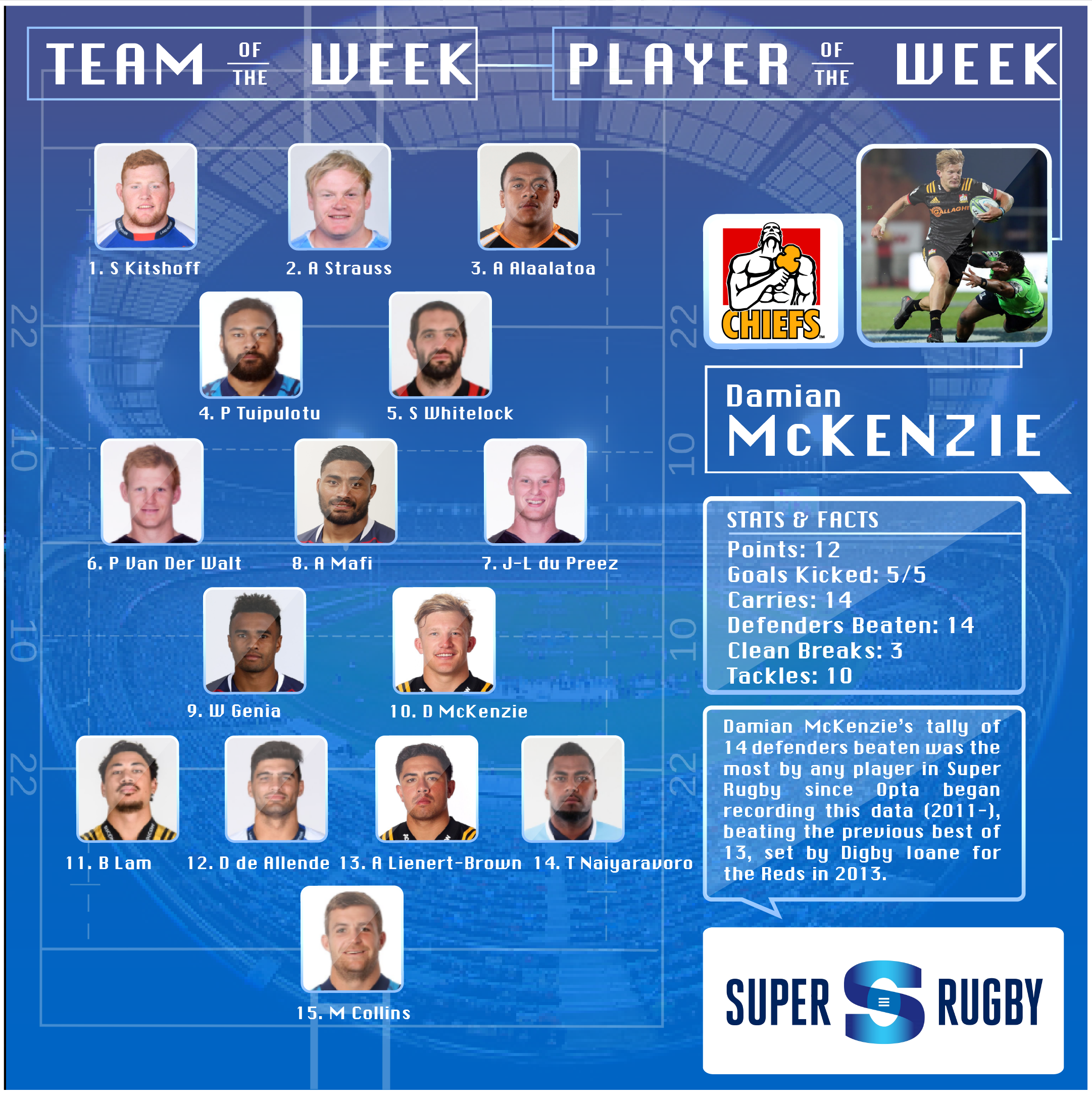