The Super Rugby Team of the Week has representatives from nine of the teams after a weekend that saw the Waratahs and Hurricanes move to the top of their respective Conferences. Indeed the Waratahs contribute four players to the TOTW, with the Blues, who returned to form in Tokyo, contributing three players.

Waratahs giant winger Taqele Naiyaravoro is Player of the Week after a run of hot form in recent weeks and a return of two tries and 185 running metres against the Reds in Sydney in Week 9. 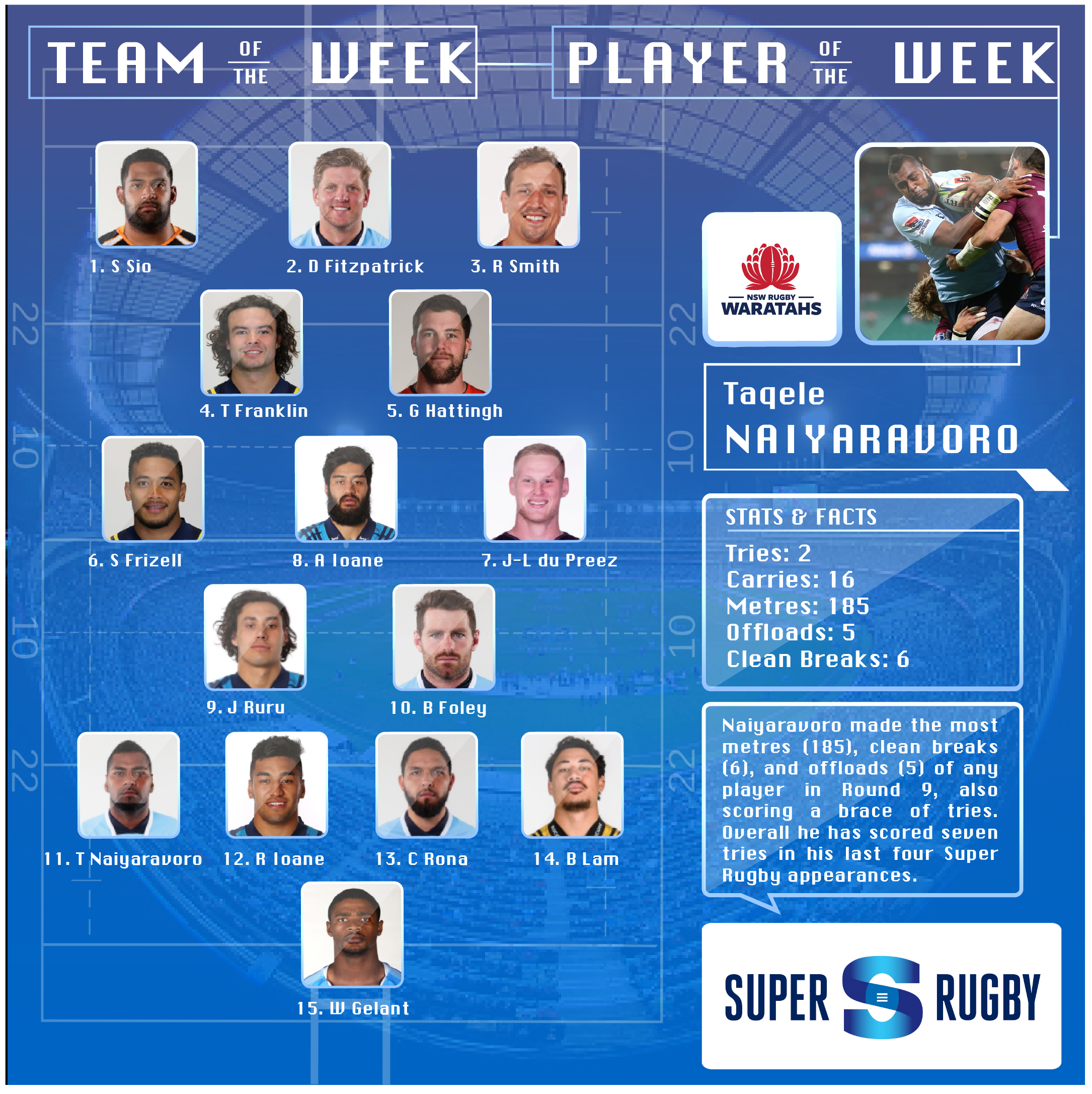