The Reds are out to add further silverware to their cabinet after a breakthrough 2021 campaign.

In front of the largest crowd for an Australian domestic game in nearly 20 years, Brad Thorn’s side pulled off a last-minute victory over the Brumbies to bring the Reds their first title since 2011.

However, a below-expectations Trans-Tasman campaign has them fired up to prove a point heading into Super Rugby Pacific

The Reds will be looking at Jordan Petaia to excel at fullback as the prodigal talent prepares to make the switch.

Petaia and the Wallabies have made it clear they believe his future lies at the back and it will be fascinating to see whether he can take the Reds’ attack to the next dimensions. 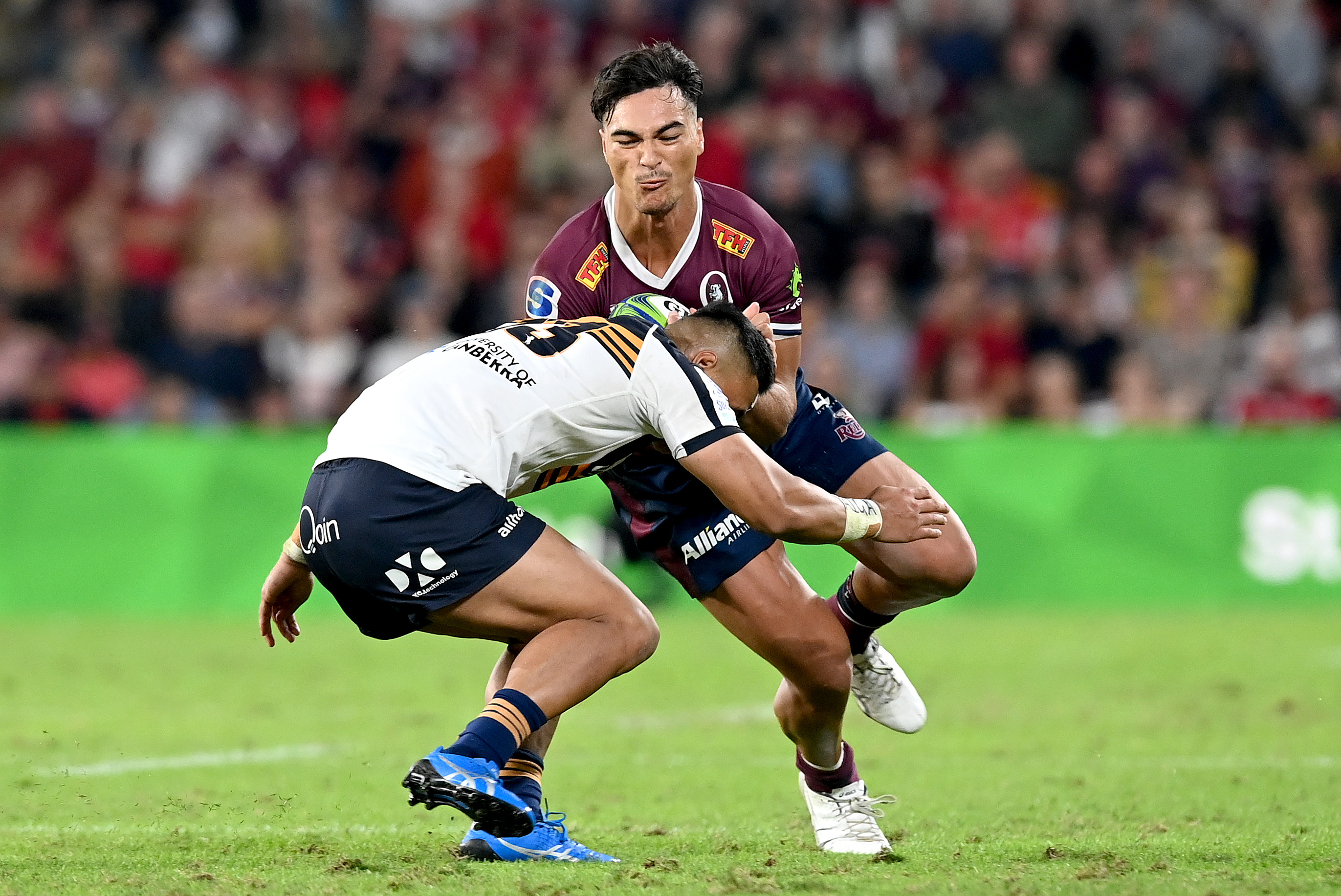 Tom Lynagh returns to Australia with plenty of hype, eager to live up to the legacy of his father Michael.

Lynagh has come through the Harlequins system and will likely compete with Spencer Jeans as the understudy for James O’Connor.

If he can make the same impact as his older brother Louis, Lynagh will prove a spark off the bench and could cement himself as the flyhalf of the future for both state and country.

March 18 looms as a crucial game for the Reds as they travel to the ACT to face the Brumbies.

After three narrow wins in Super Rugby AU last year, a dominant showing away from home would send a message to the rest of the competition that they are coming for the title.

The Reds enter Super Rugby Pacific as the Australian team to beat after claiming the AU title in 2021.

Even with the championship, Brad Thorn’s men have already expressed their disappointment in failing to back this up when it came to facing the New Zealand sides.

If they wish to claim the inaugural Super Rugby Pacific title, they need to show further consistency against their Kiwi counterparts and manage more than one win.