The Sunwolves earned their second win of their 2019 Super Rugby campaign when they upset the Waratahs 31-29 in Newcastle.

The hosts would have been buoyed by their superlative defensive display against the defending champions Crusaders last week, but that defence was absent at the McDonald Jones Stadium.

The Waratahs opened the scoring in less than 90 seconds, executing a superb move off the back of the lineout which feigned a driving maul that lead to Nick Phipps getting over the line.

A patient build up and great hands, in particularly from playmaker Kurtley Beale, saw winger Cameron Clarke go over in the corner. That stretched their lead to 12-3 midway through the opening stanza.

But the Sunwolves struck back via Grant Hattingh. The attackers took advantage of a couple slipped tackles from the hosts and the big lock crashed over from five yards out after getting quick ball.

After a line-out on the 22, the Sunwolves spread the ball wide and a brilliant offload from flanker Hendrik Tui left oodles of space on the outside, which winger Semisi Masirewa exploited to eventually get over the line.

Behind on the scoreboard, Waratahs captain Michael Hooper opted for the three points late in the half to take the scoreline to 15-17 at the break.

The game opened up after halftime, with captain-fantastic Hooper scoring for the home side. But his effort was cancelled out by Masirewa, who crossed the line twice in four minutes to secure a hat-trick of tries. Sunwolves fly-half Hayden Parker kicked his 32nd successful kick in a row to take the scoreline to 22-31.

The Waratahs were camped down in the Sunwolves 22 and after a series of penalties, Beale lost patience, took a quick tap and crashed over the line next to the poles. The ensuing conversion reduced the deficit to two points with just 14 minutes remaining.

But a spirited Sunwolves managed to hold on to the ball in the dying embers and grind out a deserved win, causing somewhat of a traffic jam in the Australian Conference table. 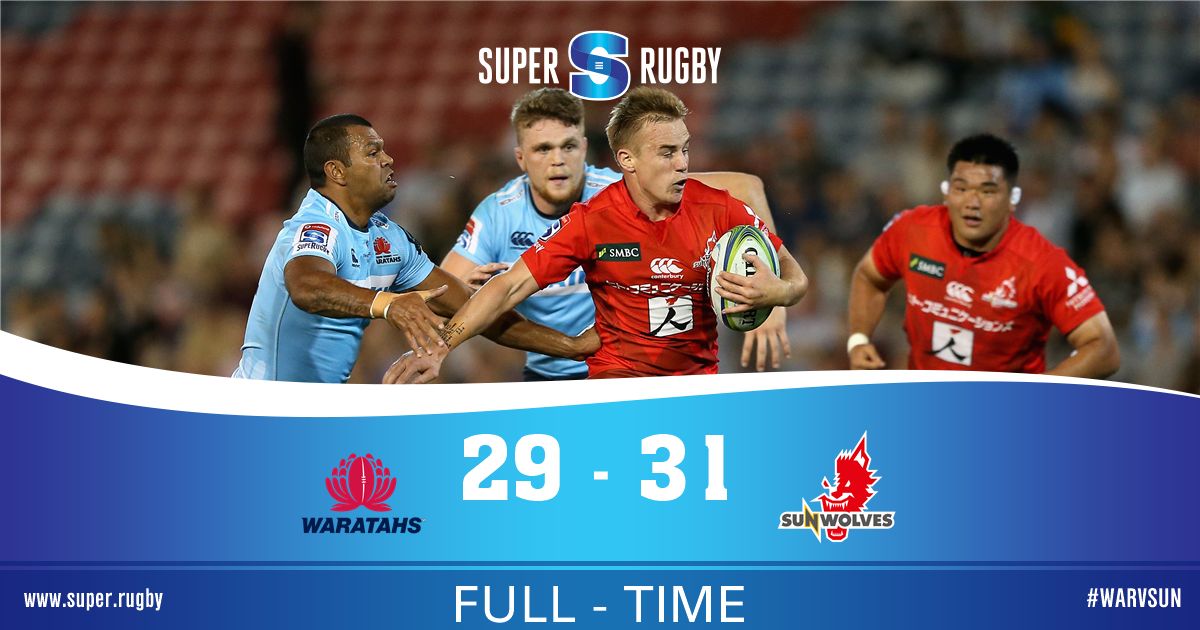