The Art of the Try-Assist

Setting up tries and attacking opportunities is generally associated with the No. 10 but which other positions beyond fly-half are setting up tries?

Setting up tries and attacking opportunities is generally associated with the No. 10 – they are the ones who set up the crucial plays for the players outside them to thrive. However, in the most recent round of Super Rugby 2019 action centre Tevita Kuridrani bagged three try assists in the Brumbies decimation of the Sunwolves. Which other positions beyond fly-half are setting up tries?

It is the scrum-halves in Super Rugby 2019 that are bucking the trend, as they occupy three spots in the top five for try assists this season. Will Genia of the Rebels leads the way when fly-halves are discounted – out in front on nine try assists.

Louis Schreuder (Sharks) and Tomas Cubelli (Jaguares) fall in behind the Wallabies No.9 with seven try assists each, while one other halfback has made more than five in Super Rugby 2019 – The Brumbies’ Joe Powell notching six for the season so far.

The next best position in the 2019 tournament is fullback where Hurricanes’ star Jordie Barrett currently sits alone on five try assists in his campaign. Two fullbacks are chasing him with four try assists each – Curwin Bosch (Sharks) and Emiliano Boffelli (Jaguares).

Crusaders centre Ryan Crotty joins Barrett on five try assists in 2019. Just like the Hurricanes No.15 he has a trio of his peers hot on his tail. Bill Meakes (Rebels), Samu Kerevi (Reds) and Tevita Kuridrani (Brumbies) are all on the board with four try assists thus far in 2019.

Melani Nanai (Blues) is the top winger setting up tries in 2019 with four assists to his name. The Stormers’ Dillyn Leyds and Crusaders’ Sevu Reece are locked in behind him, equal on three try assists each. 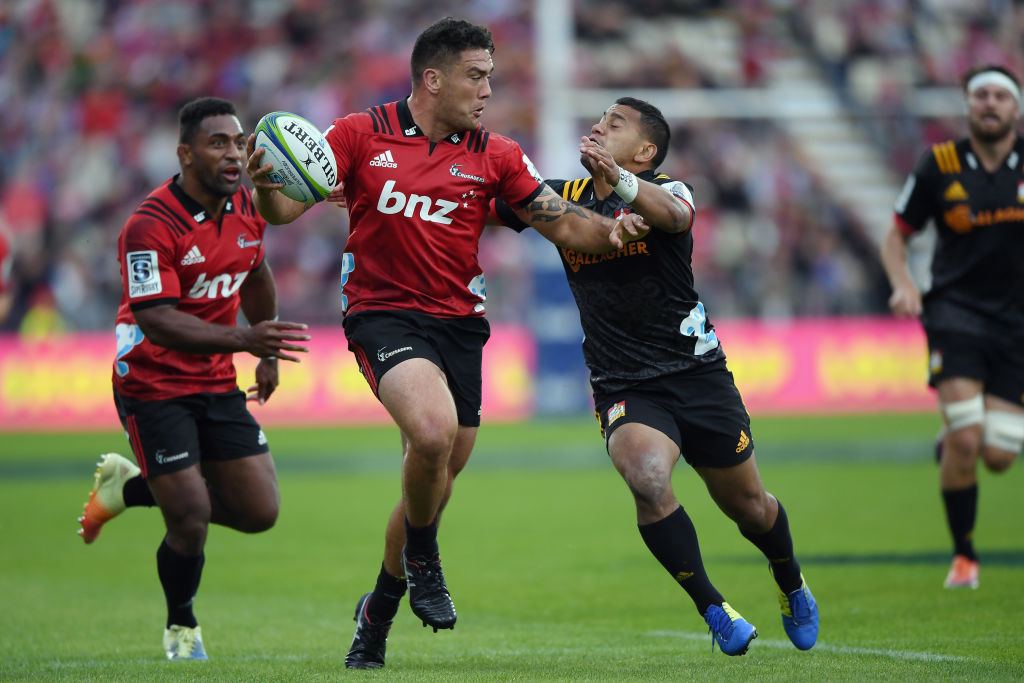 Crusaders’ hooker Codie Taylor (pictured) is the best forward when it comes to try assists in 2019. The man at the front of the scrum is on three try assists. Beyond that it is interesting to note 11 different forwards currently sit on two try assists and a surprising 38 different players from the forward pack have registered a single try assist in 2019.