The Facts: Benefits of a Fast Start

Getting out of the blocks early is advantageous for any rugby team and crossing for the opening try in Super Rugby has proven beneficial for many teams this season, with almost two in three matches being won by the team who crossed the whitewash first.

The Bulls, Lions, Crusaders and Hurricanes have all been the best at making an impact early on this season, each scoring the opening try in six games so far, with all four going on to win at least four of those matches, while the Hurricanes boast the best record of any side, winning 6/6 when crossing first. The Chiefs are the only other side to boast a 100% win rate when they open the try scoring, winning all three such matches.

The Brumbies and the Rebels have beaten their opponents to the punch the most often of the Australian conference sides, each scoring the first try of the game on four occasions, although scoring first hasn’t been quite as helpful in that conference as the South African or New Zealand groups with only the Waratahs managing to win more than half their games when opening the try scoring – in fact, they NSW side are unbeaten in such games, having won two and drawn once. 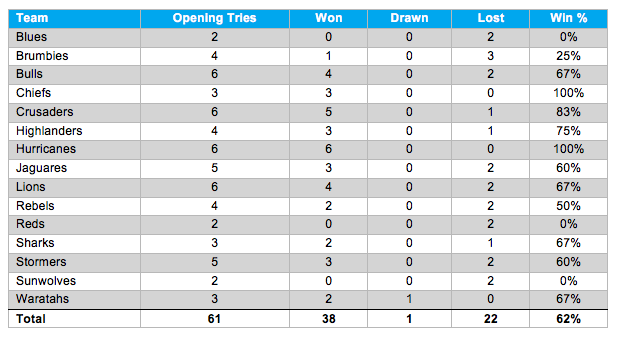 Of individual players it is of course unsurprising to see that the top try scorer this season, Ben Lam, has scored the joint most opening tries – he is one of 10 players to have scored the first try of the game more than once, doing so three times in seven games.

He is joined by George Bridge, Jake Gordon, Warrick Gelant and Michael Tambwe who have also scored the opening try in three games, with the latter having done so in just four appearances for the Lions, the best ratio of anyone to score more than one opening try. 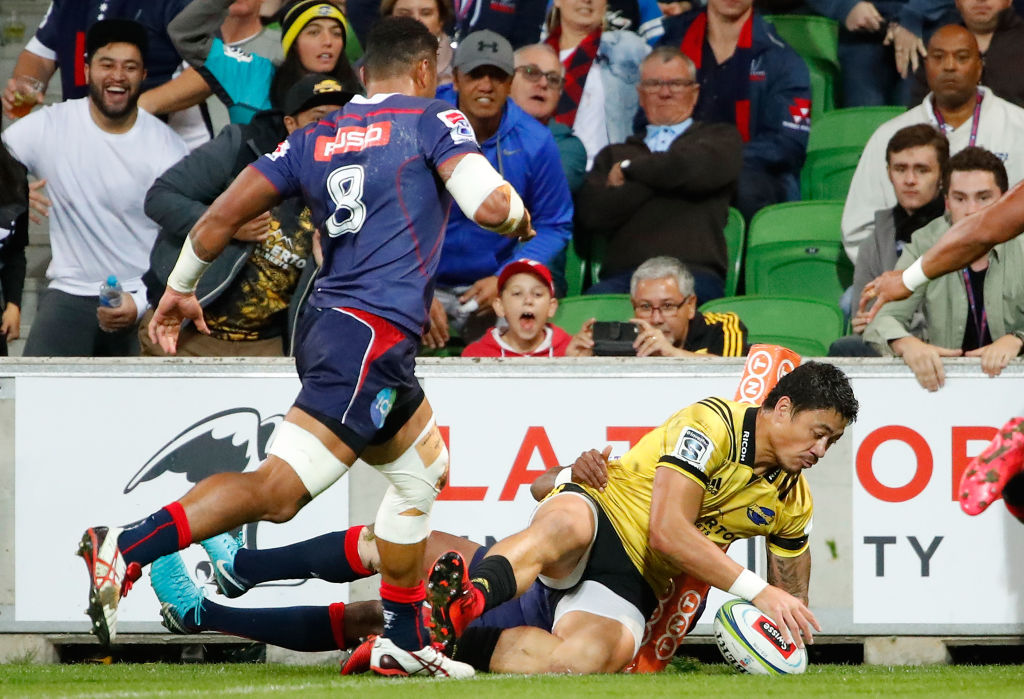 Lausii Taliauli and Tyler Ardron have both had an important impact with their only tries this season, each having scored just two overall with each being the opening try of the game. Meanwhile Ardron deserves extra credit for being one of just two forwards to get on the scoresheet first this season, along with Bulls hooker Adriaan Strauss, with the top 10 being dominated by backs.