The Final Hurdle is Often the Hardest!

Success in Finals rugby is not straight forward and hard to achieve. Let's look at the success of Super Rugby teams at the sharp end of the season...

The Reds and Rebels will battle it out on Saturday night to decide the other spot in the Super Rugby AU final opposite the Brumbies. For the Reds it would be their second competition final – following their 18-13 triumph over the Crusaders in the 2011 decider. Meanwhile, the Rebels are embarking on their first post-season journey in club history; only the Blues in the inaugural season of Super Rugby in 1996 and the Crusaders in 1998 have previously gone on to become champions in their first finals campaign. 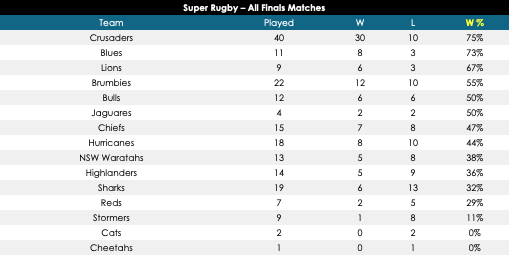 The Reds or the Rebels will have the prospect of coming up against the second highest point scoring team in Super Rugby finals games (Crusaders – 1137, Brumbies - 538). The two sides from Christchurch and Canberra respectively are the only outfits to have scored 500+ points in such fixtures. 11-time champions the Crusaders have a staggering for-against differential of +394 – only their fellow New Zealand team the Blues (+100) also has a positive calculation in the triple figures, while the Auckland side has also scored the most points per game (31) of any team in their finals appearances. Only the Lions (30) have also scored 30+. 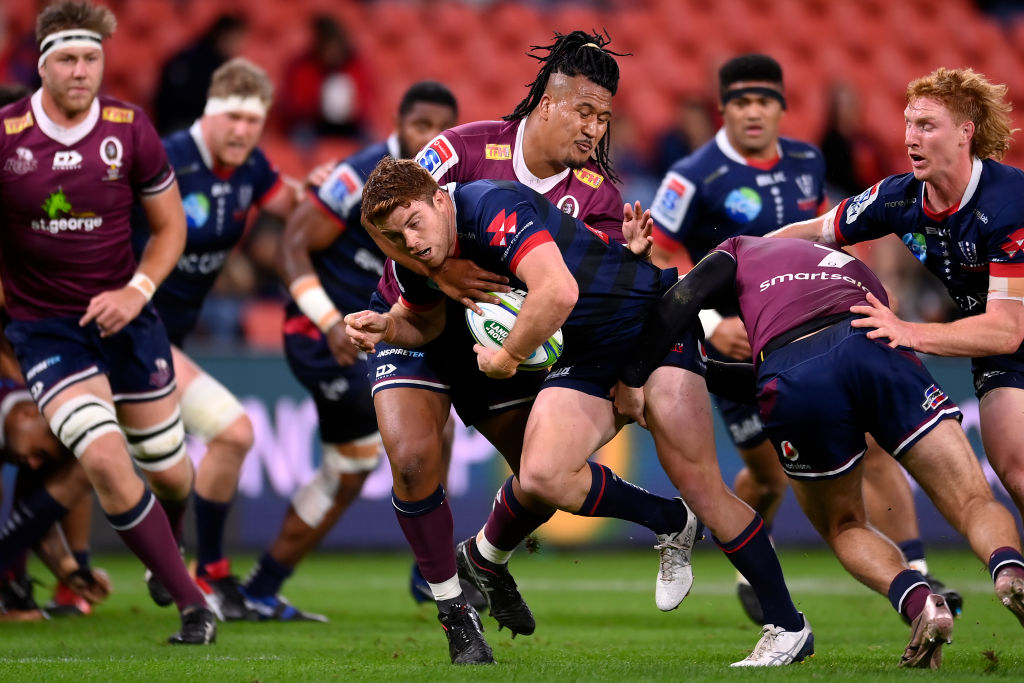 Can the Rebels achieve success in their first ever Super Rugby finals match?

It is a testament to the success of the Crusaders having reached this stage of the competition as many times as they have and that they are only side to have made more than one Super Rugby playoffs appearance and conceded fewer than 20 points per game (18.6). The Jaguares (20.5) are the next closest side in this regard, with the Sharks (31.1 per game) propping up the bottom of that table. 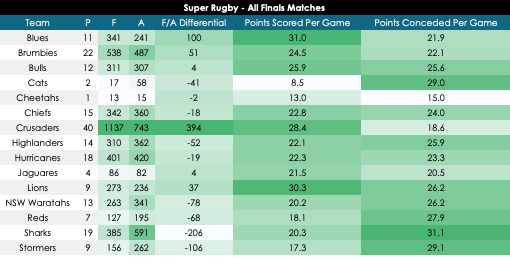 The Rebels will be hoping to capitalise and get a win over a Reds’ team (29%) who has the second lowest win percentage of any Super Rugby team to have featured in at least three finals games (Stormers – 11%), while the Queenslanders will be fighting to become the third Australian team to reach the last day of a campaign multiple times (Brumbies and NSW Waratahs). Who will come out on top?