The Brumbies and Reds have been the two most entertaining outfits of the competition but who will prevail as both teams know each other so well...

First class attacking rugby is the name of the game this weekend as the two most prolific offensive teams in Super Rugby AU go head-to-head to claim what will turn out to be an historical title. The Brumbies and Reds have been the most entertaining two outfits of the competition in 2020 and it has resulted in one final encounter between the pair this Saturday at GIO Stadium to decide the champion. 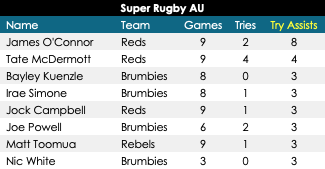 The Reds (31) and Brumbies (30) have scored more tries than any other teams throughout this season and it shouldn’t come as much surprise given they boast among their ranks some of the most creative players in the competition.

Seven of the eight players to have made three or more try assists throughout Super Rugby AU have done so for either the Reds or the Brumbies, with Queensland’s James O’Connor [pictured below] doubling that of any other player with a tally of eight. 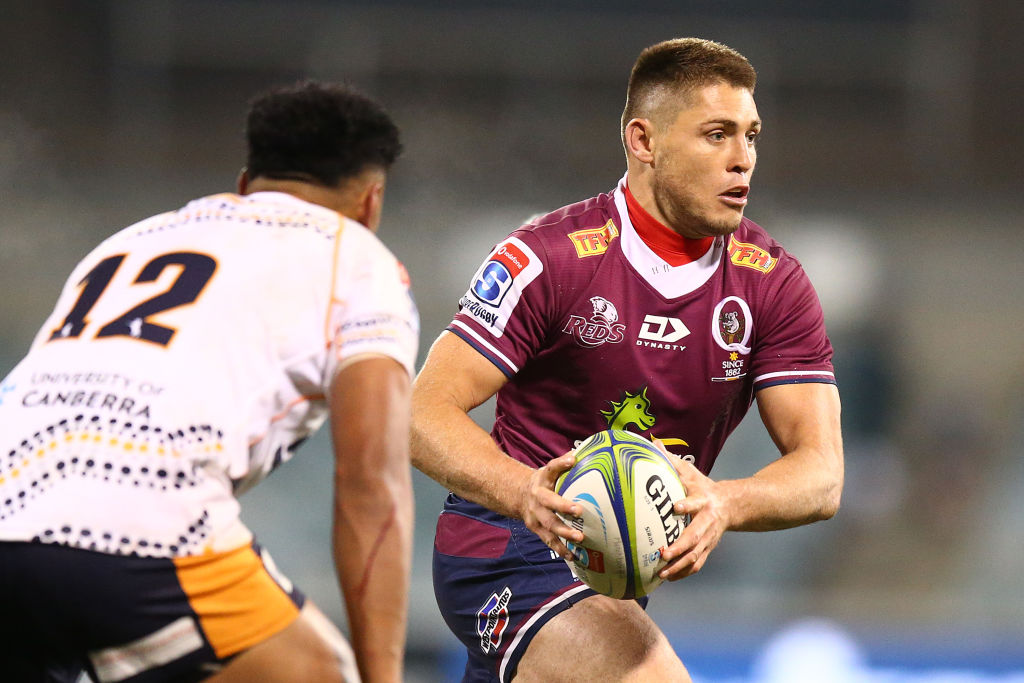 The duel at scrumhalf will be among the most influential and encapsulating of the game ahead, with the Brumbies’ Joe Powell and Reds’ Tate McDermott firmly poised as the two premier number nines in the competition. 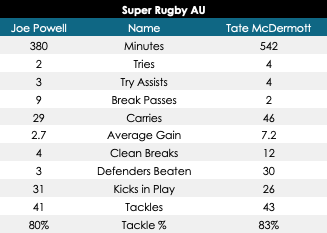 McDermott has edged Powell in both tries and try assists this season, though he has played significantly more minutes than his Brumbies counterpart.

Powell is without peer when it comes to finding holes for his teammates this season, however. The nine break passes that he has made so far this campaign are two more than any other player in the competition and seven more than McDermott has managed. McDermott has a clear preference for breaking the line himself, though; he has made three times as many clean breaks as Powell this season and beaten 10 times as many defenders.

Defensively, the pair match up square coming into the final foray of the season so it will be with the ball in hand that the two will be most influential on the day. 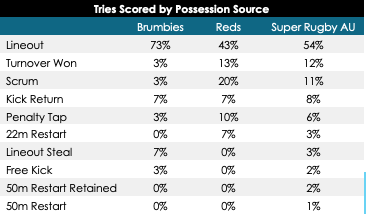 Barely more than half of all tries scored in Super Rugby AU have come from possession begun by a lineout win (54%), but the Brumbies and Reds find themselves on opposite sides of the fence in this regard.

The Brumbies have – by a large margin – scored a higher percentage of their tries on the back of a successful lineout than any other team. Indeed, the next-highest ranked team in this area is the Western Force (53%) who are 20 percentage points behind the Brumbies. This will no doubt be a key focus area for the Reds, who have enjoyed a more varied approach to successful possessions.

The Queensland side have shone at the scrum, scoring one in five of all their tries from possession begun via this method. That is nearly twice as high as the competition average and higher than every other team in the competition. There are four unique sources from which the Reds have scored 10% or more of their tries this season, making them one of the most robust teams in Super Rugby.

The one-size-fits-all approach of the Brumbies goes head-to-head with the jack-of-all-trades Reds in what is certain to be an historic final.