The Hard Yards Around the fringes

The modern game is fast, physical and aggressive and ball movement and breaking the defence is vital. We look at the forwards who excel at the hard stuff...

When it comes to ball carrying it’s traditionally the full backs and wingers who steal the glory, gaining hundreds of metres with ball in hand over the course of a season. However, it’s often the hard work of the men inside them who carry into traffic which can eventually create overlaps out wide for the pace men to exploit.

So who has put their hand up most often when it comes to making the tight carries around the fringes of the ruck? We look at the players to top the rankings for one-out drives and pick and go carries.

where contact with the defender is anticipated – it is the Rebels’ Matt Philip [pictured below] who has put his hand up the most often, making 29 such carries, with his teammate Isi Naisarani also forcing his way into the top five. Impressively Matt Philip has also made it across the gainline with 20 of those 29 carries, a 69% success rate – of the 39 players to make 10+ one out drives only the Blues’ Karl Tu'inukuafe has a fractionally better success rate when it comes to getting over the advantage line (69.2%, 9/13). 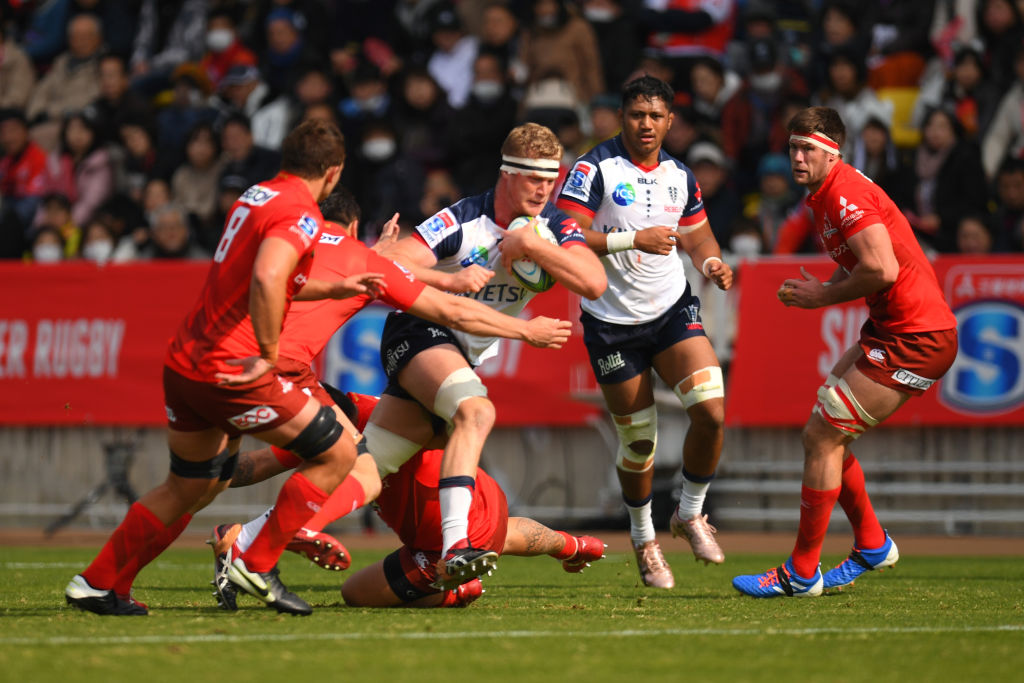 Looking at the forwards who have made the most pick and go carries, it’s the Blues’ Hoskins Sotutu who has been most prolific when carrying from the base of a ruck, making 14 such carries while only Isi Naisarani has crossed the gainline more often. Credit too must go to Luke Romano, his five pick and go carries this season have all seen him get across the gainline – of the 12 forwards to make 5+ carries in that fashion he’s the only one to make it over the advantage line every time.