The Hunt for Turnovers and Possession

While some teams will rely on tactical pressure, others will look to brute strength when it comes to forcing turnovers, but one thing remains the same – the importance of controlling possession.

Super Rugby 2019 has seen the Hurricanes top the charts in terms of turnovers won; the Wellington outfit have earned an average of 8.5 turnovers per game. Not only is that the most of any team in the competition, but it’s a tally that sits at least one more per game than any other team in the New Zealand conference.

The Brumbies [pictured] – sitting atop the Australian conference standings after 15 rounds – are the next best team in this regard, having won an average of eight turnovers per game this season. Next on the chart are the 2018 runners-up and champions (Lions 7.6, Crusaders 7.5) before 2019 surprise packets the Jaguares round out the top five with 7.5 turnovers won per game. 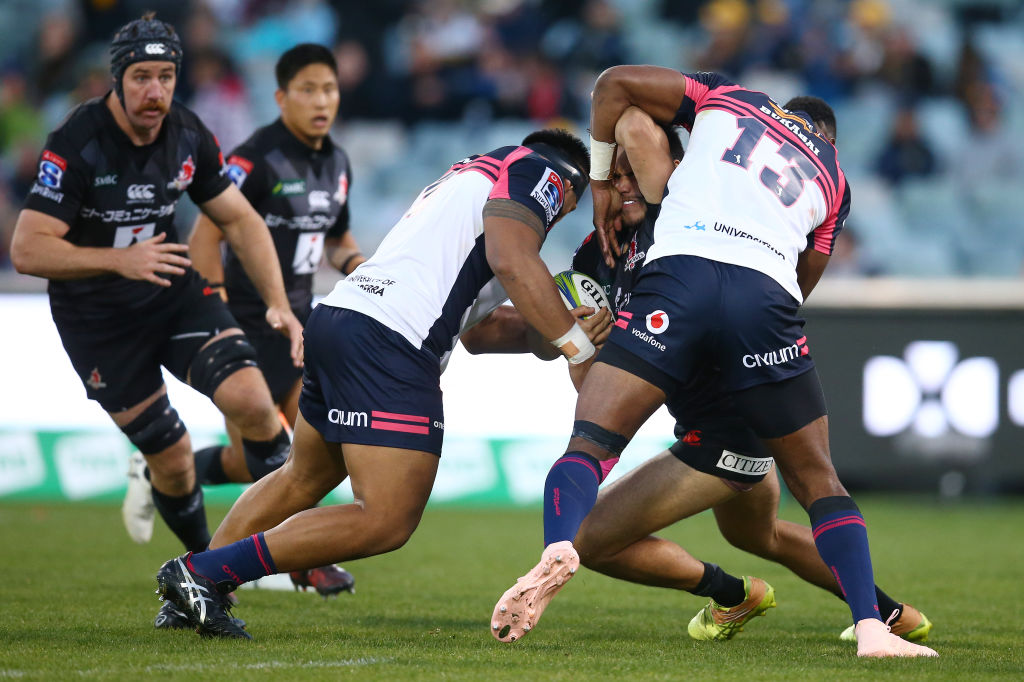 For the Brumbies in second position on this table, the high turnover rate in their favour has not directly led to improved possession metrics, with the team from the Australian capital registering a lowly 14 minutes and 50 seconds of time in possession per game in Super Rugby 2019 – the second lowest of any team ahead of only the Sunwolves (14:09). 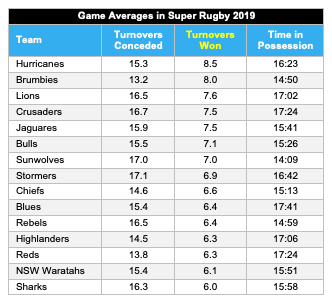 Two teams that have made a habit of consistent success in recent seasons – the Lions and Crusaders – have been the most efficient at turning fresh possession into lengthy possession. Both squads have enjoyed an average of more than 17 minutes per game with the ball in hand this season, a feat that only three other teams can match (Blues, Highlanders, Reds).

The ultimate goal after winning possession is to turn that into maximum points, again a sector where the Hurricanes have excelled. No team has scored more tries this season after starting possession with a turnover won than the Hurricanes, who have done so 11 times. The Lions (10) are the only other team in double digits when it comes to scoring tries via this method.

The Sunwolves might be hanging around the season average with just seven turnovers won per game in Super Rugby 2019, but they have relied on those possession wins to score tries more than any other team in the competition. Indeed, 26% of the Sunwolves 27 total tries scored this season have come on the back of possession begun by winning a turnover – the highest of any team in the competition. The Lions and Hurricanes – who have both enjoyed significant volumes of turnovers won – are next best in this field, with 23% of their respective total tries this season being scored via this method.