Kicking to the opposition can be dangerous especially when you have counter-attack specialists in most back threes these days... so who are the best?

Aphelele Fassi’s explosion into one of the most dominant outside backs in the competition during the 2020 Super Rugby campaign has been highlighted by his superb workload from the back. As we take a look at the premier kick returners of the season so far, we can see that few have rivalled the Sharks’ flyer in efforts from the back.

Aphelele Fassi has 346 metres from 37 kick returns this Super Rugby season, 92 metres more than any other player has gained via this method. He’s made an average gain of 9.4 metres per kick return as well, which is the second-highest of any player to have made at least 15 kick returns this season – the Jaguares’ Santiago Carreras (9.5m per kick return) is the only player ranked above him in this regard.

The NSW Waratahs’ Kurtley Beale [pictured below] and Stormers’ Dillyn Leyds have each made five dominant carries on kick returns, ranking them joint-second in the category. A standout further down the pecking order is Beale’s team-mate in blue Mark Nawaqanitawase; his four dominant kick returns rank him joint-third in the competition, but the impressive part is that he’s managed to do so from just eight total carries of this type. Half of all Nawaqanitawase’s kick returns this season have resulted in dominant contact. 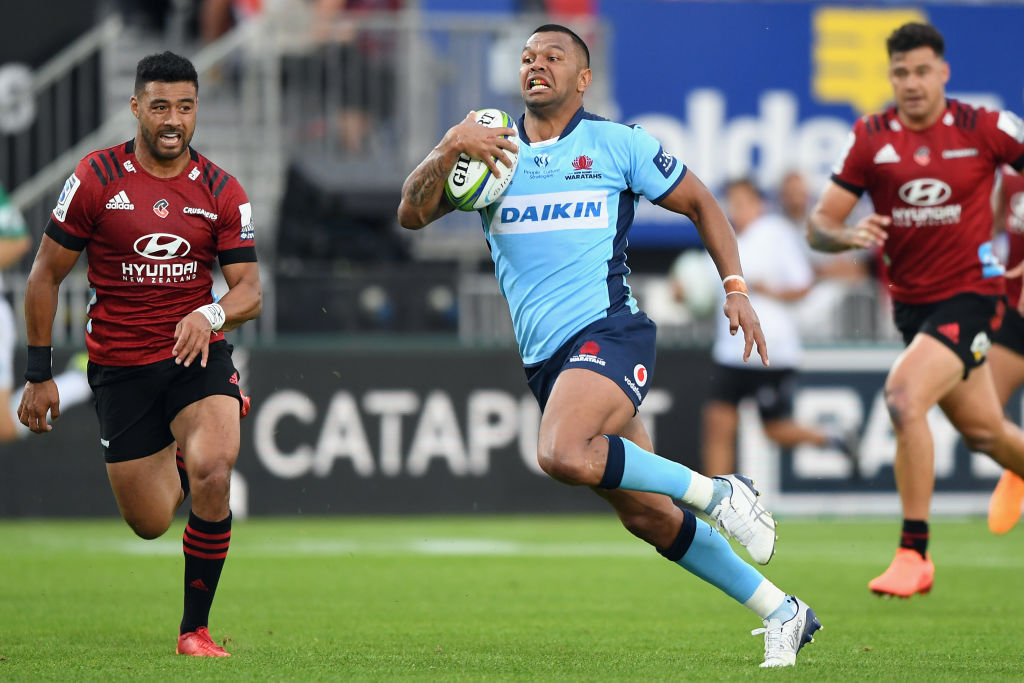 This method has been particularly fruitful for the Sharks this season, so they will be keen to continue utilising Fassi’s success from the back.

The Crusaders are the next best ranked squad in this regard, having scored 19% of their total tries on possessions begun with a kick return.
At the other end of the spectrum, it’s the Chiefs and Highlanders who’ve relied on different methods of possession to find the try line. They are the only two teams so far this Super Rugby season yet to score a try via this method – an outstanding statistic given that the Chiefs’ total tally of 27 tries for the campaign thus far is the third most of any club. 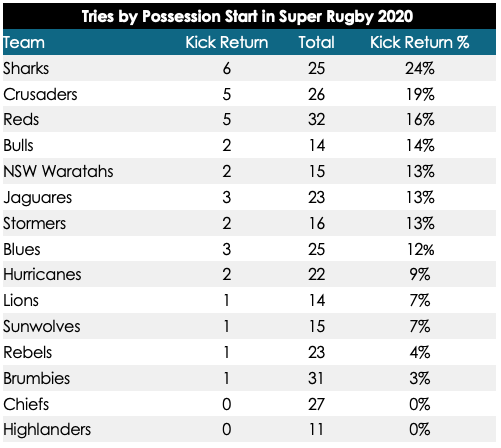