Love it or hate it the maul is a part of the game and some teams are just better at it than others....

The Brumbies sit atop the Australian conference after three rounds of the 2020 Super Rugby campaign and it’s their torque up front which has provided the foundation for their early success. This week we take a look at the maul and which teams are best at utilising its strategic value.

The Brumbies have won 16 mauls so far this Super Rugby campaign, the outright second-most of any team in the competition behind the Jaguares (23) and the most of any team yet to have lost a single maul this season.

Indeed, no other team in the competition can boast having contested more than six mauls and maintained a 100% success rate. 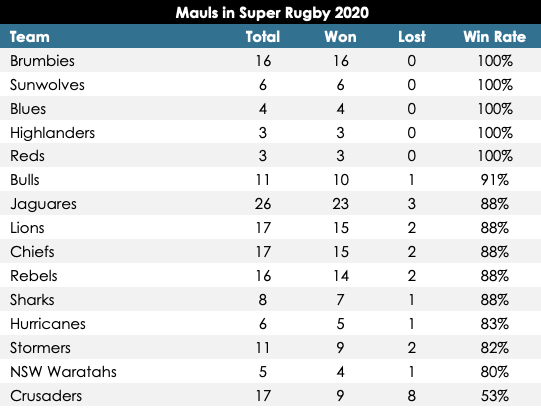 The Jaguares have been the biggest proponent of the maul this season – they are the only team to have started 20 mauls or more – and their 88% success rate suggests that they will continue to use that tactic.

The Bulls – having won 10 of their 11 mauls so far this campaign – aren’t far from the premier clubs in this regard. Their 91% success rate sees them join the Brumbies as one of only two teams to have started 10 or more mauls and maintained a success rate above 90%.

At the other end of the table lies the Crusaders, by far the least effective team at the maul. They’ve lost (8), nearly as many mauls as they’ve won (9) so far this campaign and endured a success rate that sits 27 percentage points below that of the next-lowest ranked team.

The pure volume of the Jaguares’ mauls [pictured below] has not gone unrewarded. The Argentinian outfit have gained more metres (93) and scored more tries (5) via mauls than any other team in the competition. The Lions (48m) are next best in terms of yardage from mauls, while the Brumbies (3) and Sunwolves (2) are the only other teams to have scored multiple tries via this method. 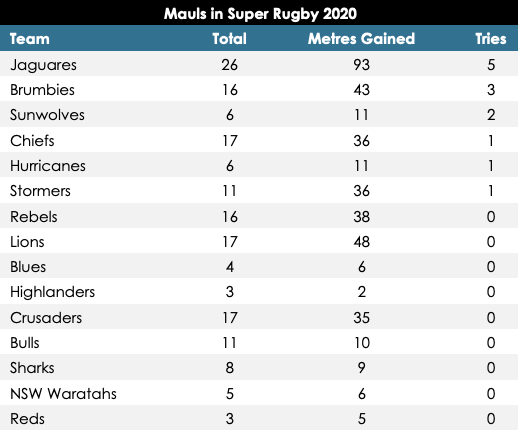 The Lions and Crusaders (17 mauls each) have made the joint-most mauls of any team yet to have scored a try through this method, while the Hurricanes (one try, six mauls) and Sunwolves (two tries, six mauls) have been the best at converting their mauls into points. 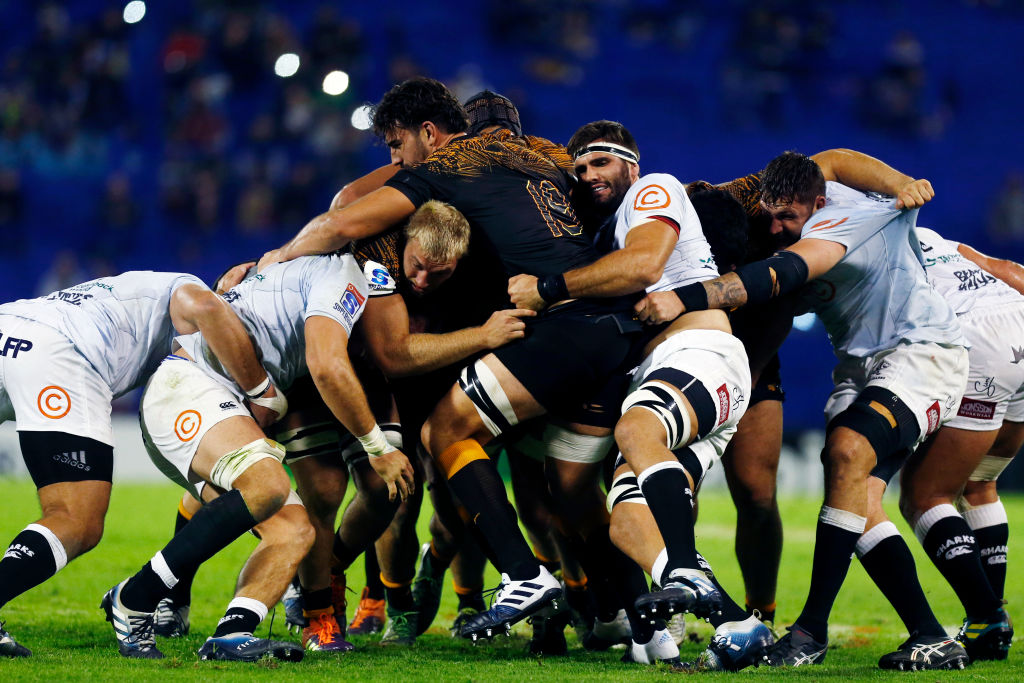