Pulling off a try saving tackle is one of the most spectacular sights in rugby so who tops the stats in this area...?

Fans are left in awe as a player on the charge is halted by an outstanding defensive effort that often defies the perception of what the human body is capable of. With this in mind, let’s salute the best practitioners of the art in Super Rugby over the years.

Pete Samu [pictured below] stands alone with the most try saving tackles (6) of any player in Super Rugby since the beginning of the 2015 campaign. Five of the six players with the joint-second highest tally (5) come from New Zealand teams with Warwick Tecklenburg the lone figure from South Africa. Four of those six players come are scrumhalves or outside backs, an impressive showing given those positions aren’t as heralded for their defensive displays. Wyatt Crockett, Sekope Kepu, Jeffery Toomaga-Allen and Pierre Schoeman (2 each) are the only props to make multiple try saving tackles between 2015-2020. 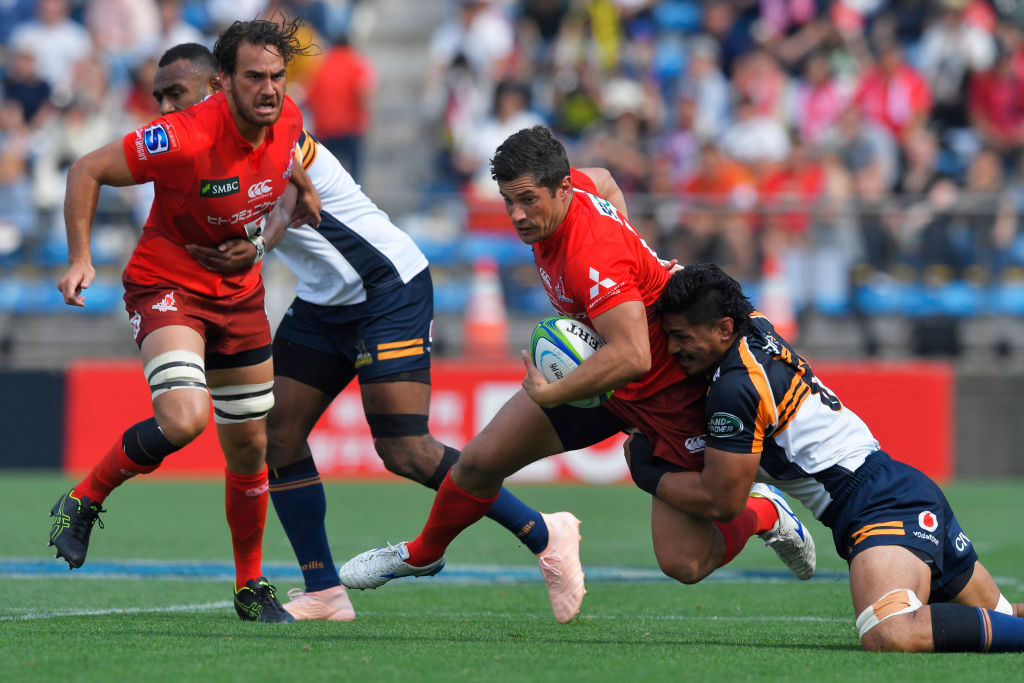 It is the Hurricanes (49) who have been the most proficient at try saving tackles between 2015-2020, 10 more than the next best side (Chiefs – 39). The Brumbies (35) have made the most try savers of any Australian side and third most overall, with two other Australian teams having also made 30+ (Reds – 31 and Rebels – 30). The Bulls (27) have made the most of any side from South Africa, while the Highlanders find themselves in fourth spot overall (33) having attempted the most tackles (14,818) of any team in Super Rugby during this period.