There's a New Sheriff in Town

In Round 7 Jaco Peyper became the most experienced Super Rugby match referee of all-time...

Jaco Peyper is among the most experienced referees in the rugby world both at a domestic and international level and he’s added a new string to his bow this Super Rugby campaign. After running out for his 100tH referee appearance in Super Rugby during Round 8 of the 2019 campaign, Peyper now sits atop the rankings for most Super Rugby games officiated.

Peyper [pictured below] took the reins during the Hurricanes’ enthralling 27-24 victory over the Chiefs in Round 7 of this season, his 111th match in Super Rugby. Now, no referee has been in control of more games than Peyper who can continue to add to his tally in the near future. 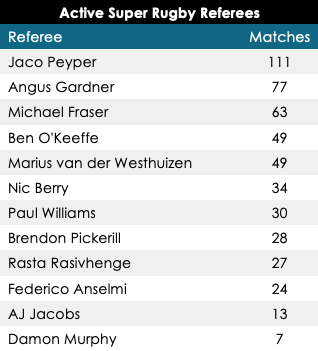 Indeed, among referees who are currently active within the Super Rugby competition, Peyper holds a significant lead in experience among them. He is the only person among the current crop to have officiated 100 games or more, and his career tally of 111 games sees him 34 above next-best Angus Gardner (77).

He’s not the only man on the cusp of a milestone with the whistle. Marius van der Westhuizen took control of his 49th game during Round 7 of the 2020 Super Rugby campaign and will run out to earn his half-century of referee appointments when he next takes to the field in the competition. 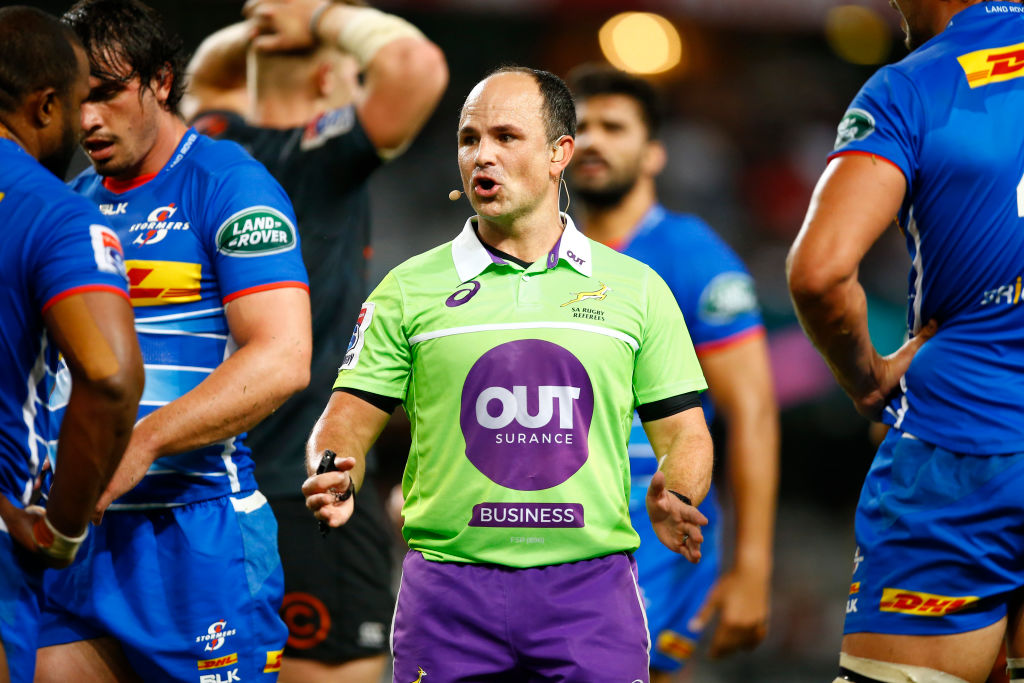 The Crusaders have played under Jaco Peyper as referee on the day a total of 19 times since he made his maiden referee appearance in 2009, which is the most of any side from outside South Africa.

Every currently active team in Super Rugby has earned at least one win under Peyper, with the Kings (5 games) and Force (4 games) the only sides overall to have played under him but never won.