SANZAR has confirmed that the Super Rugby Trans Tasman Final will be played on Saturday 19 June at Eden Park in Auckland.

The hosts will be the Blues who finished on top of the ladder after the five round-robin rounds. They will play the Highlanders who finished second on the ladder. The kick-off is set for 19:05 New Zealand local time. 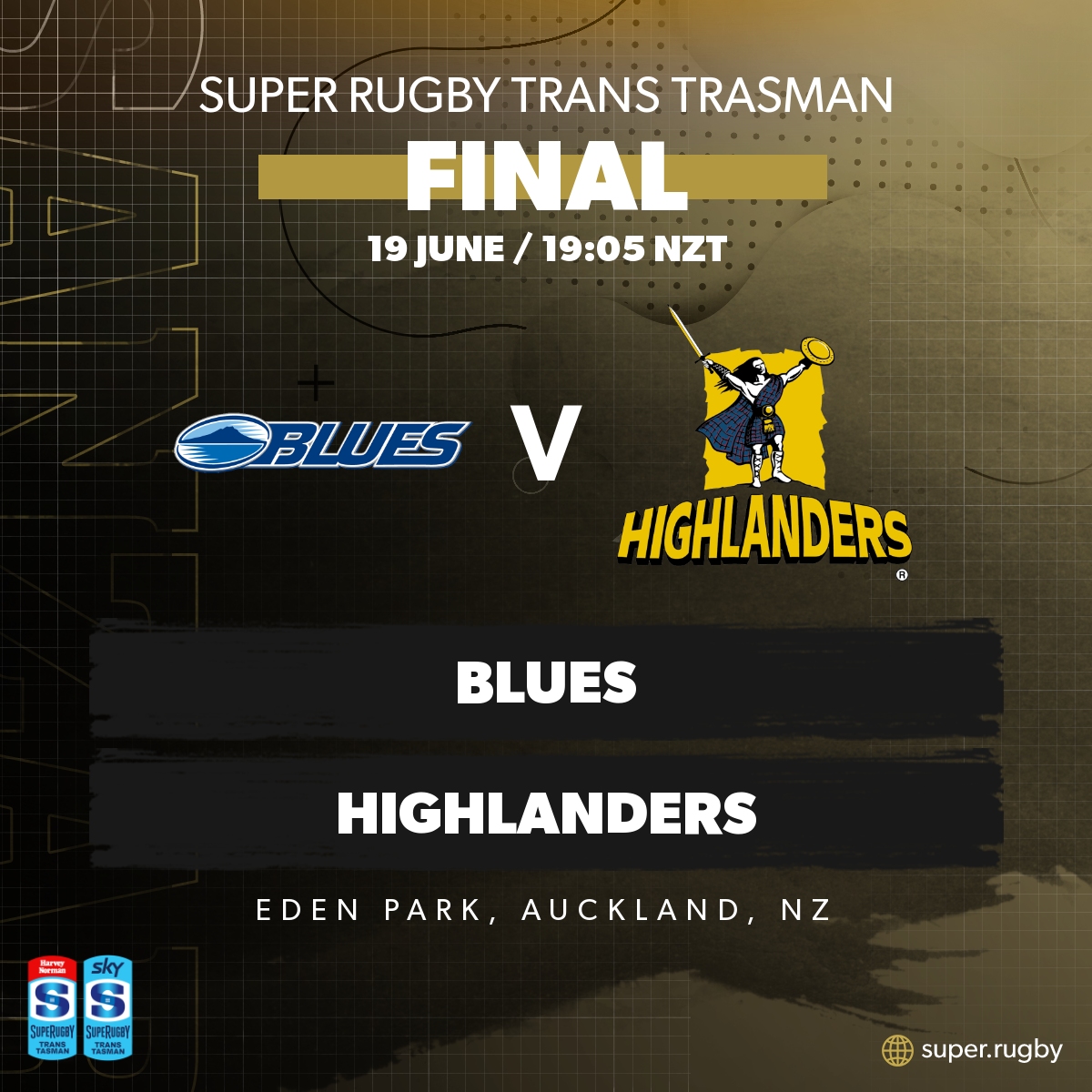 The table positions were ultimately decided on a total points aggregate countback according to competition rules (for and against points) as all three teams finished with five wins. The Blues secured top spot with a points difference of 119 compared to 103 for the Highlanders and 97 for the Crusaders.

SANZAR CEO Brendan Morris said, "The Trans Tasman competition was dominated by the New Zealand teams who were terrific and played some world-class rugby.  The final was not decided until the penultimate match of the competition that highlights the highly competitive nature of the New Zealand teams. We now look forward to the Final in Auckland between the Blues and Highlanders to see who will lift the trophy."