James O’Connor brought up his 100th career Super Rugby point for the Reds in Round 8 of Super Rugby AU in a supreme performance as his side dominated the opposing Force. He is among the most noteworthy Australians to have graced the Super Rugby annals and continues his climb up the rankings as one of the premier point scorers in the competition. He has now scored 100 points for three teams; Western Force, Melbourne Rebels and Queensland Reds.

O’Connor has now scored 623 points in Super Rugby, the eighth most of any Australian in the history of the competition. He needs just seven more for his tally to eclipse seventh-ranked Elton Flatley and it is a figure he seems likely to surpass with one game left for the Reds in Super Rugby AU before the finals.

James O’Connor has enjoyed a sparkling start to Super Rugby AU. The Reds’ playmaker tops the charts for offloads (10), kicks in play (104) and try assists (8), while he also sits second for points scored (68) and carries (80) respectively. Indeed, his four try assists in the Reds’ dominant win over the Force in round 8 was the most by any Australian player in a game in the last decade of Super Rugby. Let us look at how the 52-Test Wallaby has come back to the Super Rugby scene in such fine style.

O’Connor has crossed the gainline on 51 carries this year in his 13 total Super Rugby appearances, the most of any Australian back and the joint-most of any back alongside the Blues’ Mark Telea across the three different competitions combined. It is not just a strong running game O’Connor has showcased; he has made more offloads (20) and try assists (11) than any other player across Super Rugby in 2020. 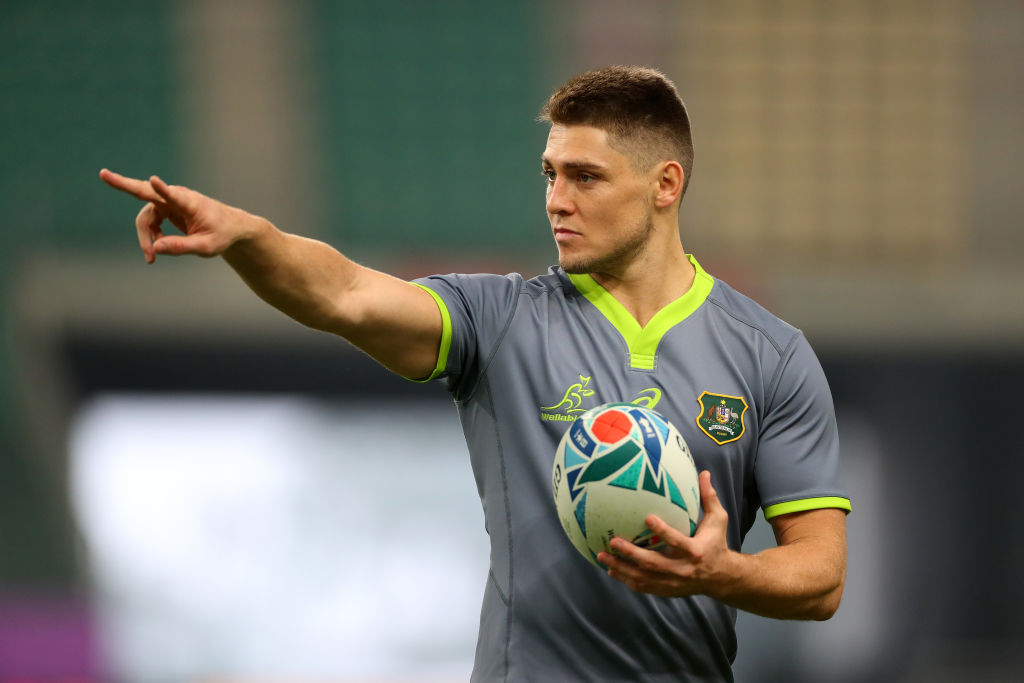 O'Connor will be hoping to be part of new Wallaby coach Dave Rennie's plans!

His attacking exploits in the localised competition have led to debate around the country on the merits of O’Connor being selected as Australia’s first-choice fly-half for the upcoming Rugby Championship series. His body of work at the position in Super Rugby certainly warrants consideration.

In each of the attacking categories below O’Connor has made more at No.10 than at any other position in Super Rugby in his last five seasons. In fact, his average 9.6 carries per game at fly-half in this period is the third-most of any player at the position (min. 2 appearances since 2011) behind only Bernard Foley (10.2 per game) and Damian McKenzie (10.6 per game). Indeed, McKenzie (57.9 per game) is also the only player (min. 4 appearances since 2011) to have gained more metres at No.10 than O’Connor (52.1 per game).

With the Reds still very much in the hunt for the Super Rugby AU title, James O’Connor is a player they need firing on all cylinders to reach the mountaintop.