Try scorers are valuable but what about the players who set up the scores? We look at the best 'try assist' players in the last decade.

Arguably the biggest headline coming out of Round 4 of Super Rugby Unlocked was Wandisile Simelane’s four try assists for the Lions in their 61-31 victory over the Griquas. Simelane became the seventh player to make four try assists in a Super Rugby match (all competitions) in the last decade and the second player from South Africa to achieve the feat (SP Marais – 4 v Cheetahs, Round 6 2017). It earned him the Player of the Week title in Round 4. 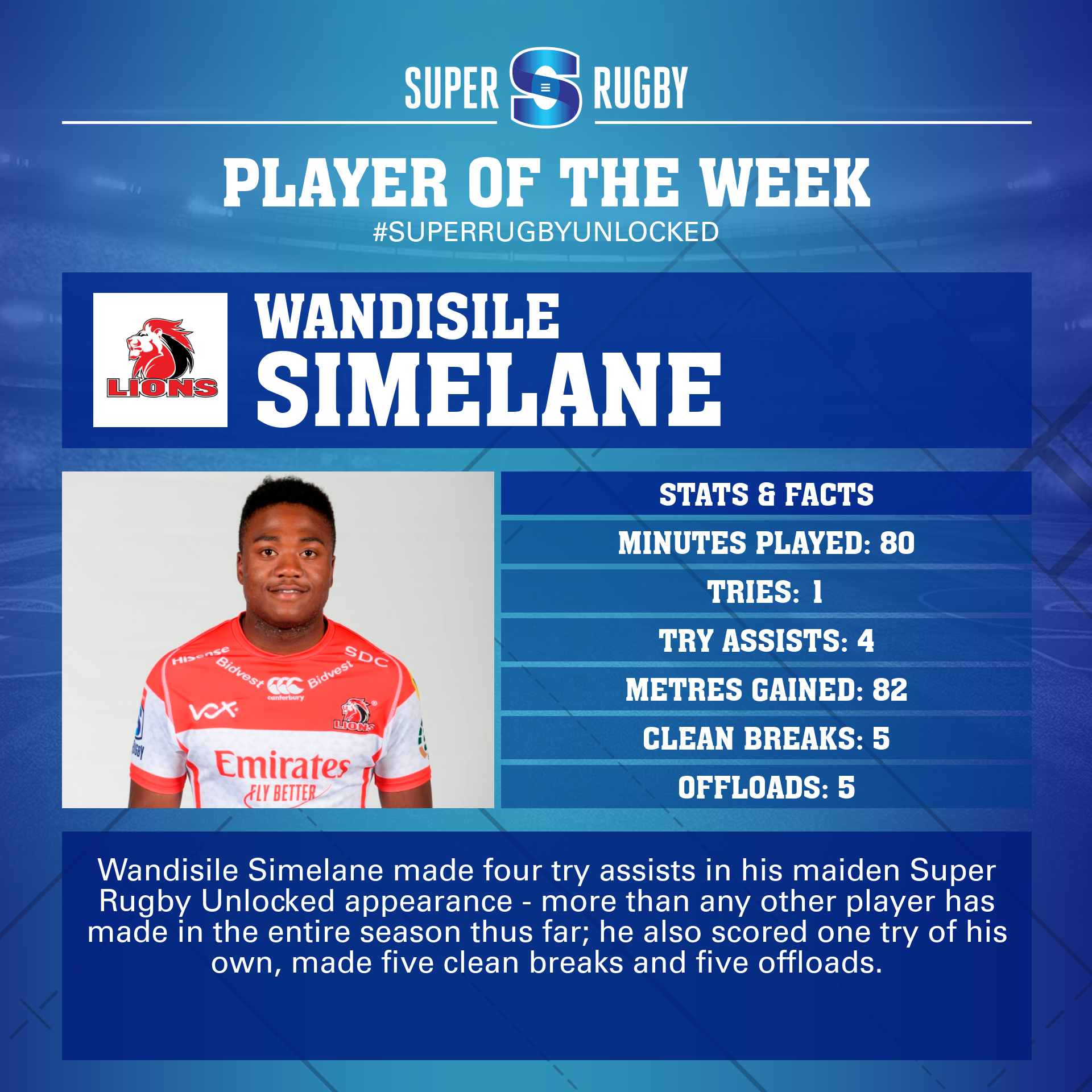 Each of the three instances in that time where a player has made four try assists while also scoring a try on the day, have occurred in 2020. Simelane’s effort last Friday following on from James O’Connor (v Force, 21 August 2020) and Vince Aso (v Sunwolves, 29 February 2020) who also produced four try assists and scored a try of their own.

Simelane does have a long way to go to catch his Lions’ teammate Elton Jantjies (62), the leading player from South Africa in Super Rugby (all competitions) for try assists since 2011. In fact, Jantjies’ tally is the second most of any player overall in that time (Aaron Smith – 84) with only Beauden Barrett (60) having also made 60+. Warren Whiteley (17) has made more try assists than any other forward from South Africa in this period; Kieran Read (25), Ardie Savea (23), Scott Higginbotham (19) and Michael Hooper (18) are the only forwards to make more overall.

As we approach the final three rounds of Super Rugby Unlocked, will anyone else be able to match Wandisile Simelane’s momentous milestone?