Try Assists and The Final Pass

Usually it is the try scorers who get most of the credit for getting themselves across the whitewash, but as with any team game there is usually someone else to thank when a player dots down for five points, particularly if all the hard work has already been done in the build-up.

Four players will be particularly thankful for a specific teammate’s effort in getting them across the whitewash this season with four try scorers being set up by the same player on three occasions this Super Rugby season.

It’s unsurprising to see Ben Lam’s name amongst the list, with a quarter of his 12 tries this season being assisted by Ngani Laumape – in fact, all of Laumape’s assists have been for the in-form Canes winger. Elsewhere in the New Zealand conference, Seta Tamanivalu has seen a similar trend to all three of his tries this season, with each fiver-pointer coming after a pass from Crusaders fly half Richie Mo’unga – those three assists accounting for half of Mo’unga’s overall assist total.

Rob Thompson has also shown his creative side this season, providing six try assists overall, with half of them putting All Black Waisake Naholo over the try line, including one from a kick – the only one of the top four listed players to have provided an assist in this fashion. Another Rob completes the top four, with Makazole Mapimpi benefitting from Robert du Preez’s slick hands for three of his four tries this season, the most recent of which coming less than two weeks ago against the Highlanders. 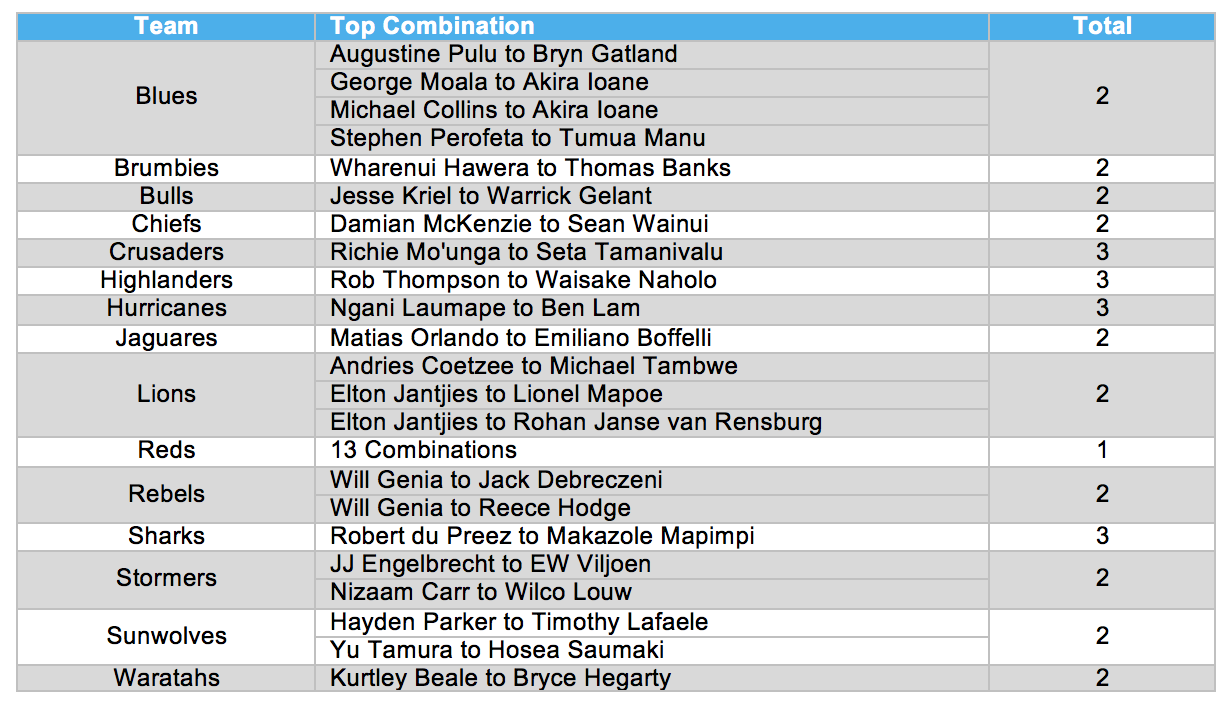 Will Genia, Elton Jantjies and Rob Thompson (who has also assisted Teihorangi Walden twice) have all proved a strong creative force within their respective sides, and are the only individuals to set up two different players more than once this season. Meanwhile, Akira Ioane and Ben Lam are the only players to be assisted on multiple occasions by two different players, with Beauden Barrett providing the assist for two of Lam’s tries also.