The South African edition of Super Rugby is set to feature seven teams and we look at the history of derbies among those who have competed in the past...

The competition will kick off with a headline clash between the Sharks and Lions on Friday October 9th and then feature a full seven rounds before a victor is decided.

The Stormers – who have already featured in three of the four South African Super Rugby derbies so far in 2020 – are the most successful team in the history of the competition against their fellow Proteas. They have won 70 of their 118 fixtures (59%) to pip the next-best Bulls (58%). 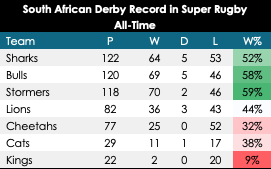 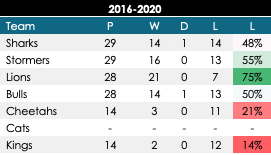 The returning Cheetahs (32%) endure the worst win rate in South African derbies of any team set to compete in Super Rugby Unlocked, having won only 25 of their 77 iterations. Indeed, their 52 defeats in national encounters are second only to the Sharks (53).

Recent memory leans further in favour of the Lions, however. They have been firmly placed as the premier South African team in Super Rugby for the last few seasons and that is reflected in their domination of their fellow South African squads. The Lions have won three of every four South African derbies that they have participated in since the beginning of the 2016 season. Their 75% win rate is 20 percentage points higher than that of any other South African team in that time. In fact, the Stormers (55%) are the only other team to have won more than half of all their local derbies in the last five seasons. 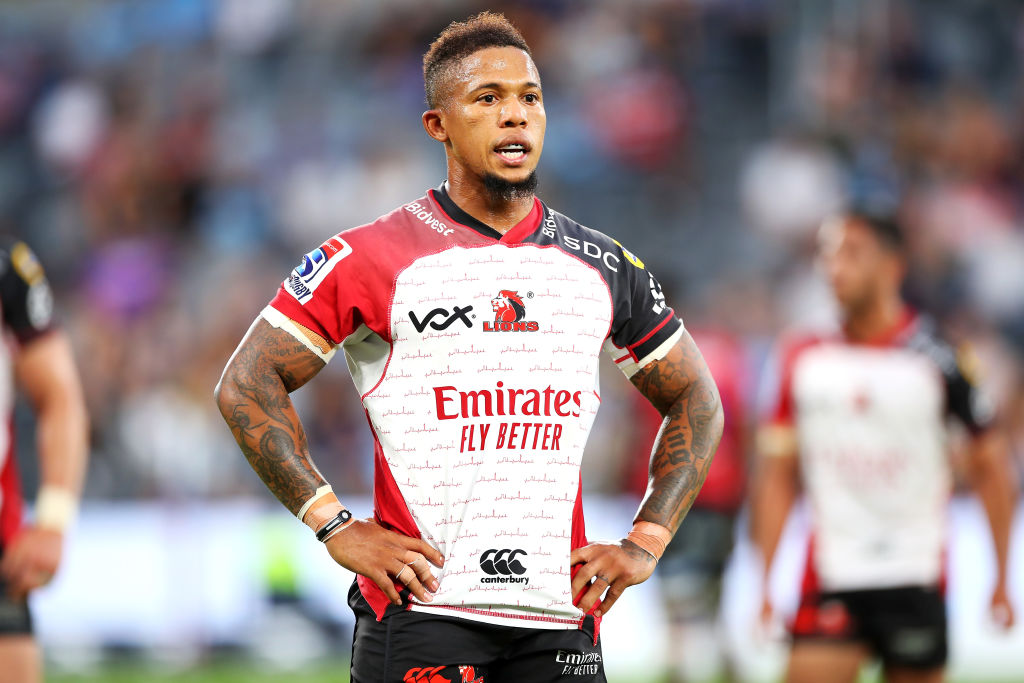 The Cheetahs woes tumble further in recent history. Though they have not featured in the current season of Super Rugby, they have won only three games against fellow South African teams since the beginning of 2016 and as such sit with a win rate of just 21% from such fixtures.

Elton Jantjies [pictured above] has been key to the Lions’ dominance of the South African arena in recent times, piling on 273 points in the last five seasons alone in South African derbies – more than 100 points more than any other player. Fellow sharpshooter Handre Pollard sits in second place on this table despite having played just half as many games as Jantjies in this time.

The most potent try scoring weapon in all-South African encounters in the last five seasons of Super Rugby has been Springbok Jesse Kriel, who has struck 11 tries in local derbies in that time. Ruan Combrinck’s tally of 10 makes him the only other player to have dotted down for double digits in tries in South African Super Rugby derbies in that time. 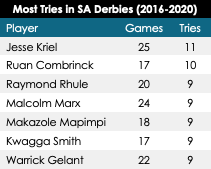