The Waratahs outscored the Sunwolves by five tries to three at the Prince Chichibu Stadium in Tokyo on Saturday, including a penalty try for repeated infringements.

The Wallaby star was a constant menace in Tokyo, scoring twice in the first half to finish the game as Australia’s highest try-scorer in the competition with a career total of 58 and counting.

The Sunwolves, thrashed 45-10 by the Sharks last week, took the lead with a breakaway try after eight minutes, Ryoto Nakamura teeing up Gerhard van den Heever to trundle over in the corner.

The Sydneysiders hit back moments later through Kurtley Beale, but a Hayden Parker penalty restored the home side’s advantage.

A quickfire Folau double looked to have knocked the stuffing out of the Wolves, only for the Tokyo franchise to snatch a 20-17 half-time lead through another Parker three-pointer and a converted Tom Rowe try.

Parker kept the pressure on with another penalty soon after the break, but Jack Dempsey crashed over and Bernard Foley kicked the extras as the visitors got their noses back in front again.

The Waratahs added seven more points just after the hour mark through a penalty try that saw veteran Sunwolves lock Luke Thompson sent to the sin-bin.

There was a further twist, however, as van den Heever spotted a gap to score his second try of the game and Parker’s boot reduced the deficit to a single point with 10 minutes left.

But Parker sliced a late drop goal attempt wide to ensure the Sunwolves, facing an uncertain future as Super Rugby bosses prepare to thrash out the competition’s format in March, failed to register just their seventh win at the start of their fourth season. 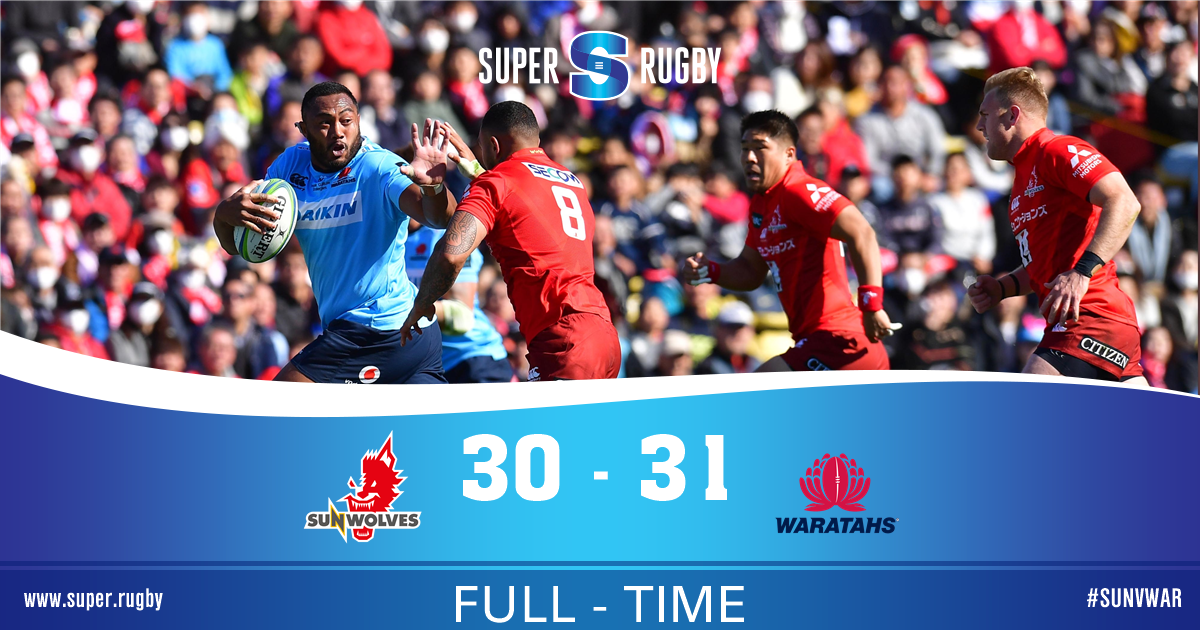