Waratahs fight back to sink Force

Western Force let slip a 14-point lead on their comeback to the top tier of Australian rugby as the Waratahs claimed a 23-14 victory on Saturday.

On their Super Rugby AU debut, the West Australians were excellent in the opening period, going 14-0 in front via Byron Ralston’s try and three Ian Prior penalties.

However, Angus Bell responded for the ‘Tahs at the end of the first half and the Sydney outfit began the final 40 minutes well, reducing the arrears further via Will Harrison’s three-pointer.

Harrison added another off the tee going into the last quarter before Tom Staniforth took the hosts ahead for the first time. The momentum had switched and their pivot made sure of the win, giving them their first success of the competition after succumbing to the Reds last weekend.

The Waratahs are a shadow of the team that were once the standard-bearers in Australian rugby and the Perth-based outfit sensed an opportunity to cause an upset.

They were excellent in the early stages, controlling play nicely and taking advantage of a number of ‘Tahs errors. In Prior and Jono Lance, they had two experienced half-backs who kept their opponents on the back foot.

The forwards were also impressive, with tighthead Kieran Longbottom and lock Jeremy Thrush displaying all their experience in the tight exchanges.

By contrast, the hosts were slack and consistently infringed, allowing the Force scrum-half to kick them ahead after 14 minutes.

Tim Sampson’s men were composed and efficient in everything they did, while the hosts were quite simply abysmal. As a result of the home side’s mistake-ridden performance, the visitors dominated and deservedly touched down when Henry Stowers broke down the right and passed to Ralston to finish out wide.

Prior was awry with a difficult conversion but the playmaker made up for that miss by adding two more off the tee as the West Australians built up a 14-point buffer.

It was an imposing deficit for the Waratahs to make up but they finally started to show intent towards the end of the half and were rewarded when Bell crossed the whitewash from close range.

Rob Penney’s charges took that momentum into the early stages of the second period and tested the opposition line with a series of powerful carries, but the Force remained stout in defence. The ‘Tahs had to settle for a penalty in front of the posts, which Harrison kicked, to keep them in the encounter going into the final quarter.

As the men from Sydney tightened up their game, the Perth team began to struggle and they were failing to create any impression on attack. Instead, it was the Waratahs that had most of the play and, after Harrison had scored a second three-pointer, Staniforth touched down.

That gave the hosts the lead for the first time in the contest and it was one they would not relinquish as their fly-half sealed the victory with another successful effort off the tee. 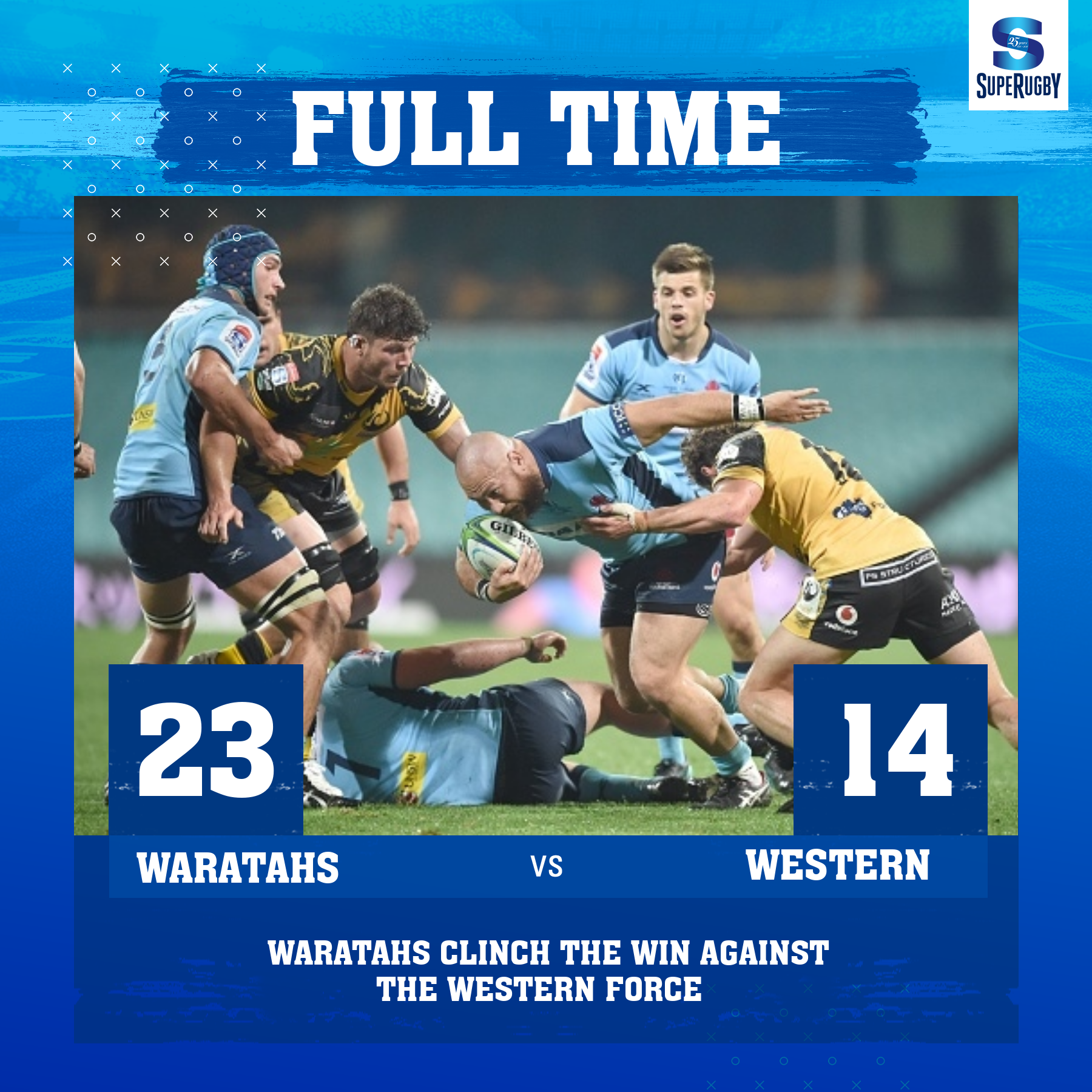