Ned Hanigan's last-minute five-pointer secured the Waratahs a hard-fought 34-27 victory over the Stormers in Sydney.

In an entertaining encounter, played at a fast pace, the sides were on level terms for large periods and it looked like the game was set to end as a draw. However, a lineout error from the Stormers deep inside their half was pounced on by the Waratahs and Hanigan rounded off in the right-hand corner in injury time.

As the scoreline suggests this was a tight tussle although the home side eventually outscored the Stormers four tries to three and Bernard Foley finished with a 14-point haul courtesy of four conversions and two penalties.

The match started cautiously with the teams feeling each other out during the opening exchanges.

The Waratahs eventually took the lead courtesy of a Foley penalty in the 15th minute but the visitors struck back from the restart when, after winning a turnover deep inside the Waratahs' half, the ball was shifted to Raymond Rhule who did well to throw an inside pass to Steven Kitshoff, who crossed for his first ever Super Rugby try.

SP Marais slotted the conversion but three minutes later, the home side regained the lead when Israel Folau gathered a high ball from under the nose of Damian Willemse before racing away to score his side's opening try.

The Stormers struck back via a penalty from Marais in the 22nd minute before the Waratahs were rewarded with their second try on the half-hour mark - Michael Hooper dotting down after a lineout drive close to the visitors' try-line.

Foley converted which meant his side led 17-10 but the Stormers narrowed the gap when Kobus van Dyk gathered a crossfield kick from Marais before diving over in the right-hand corner and Marais did well to slot the conversion from close to the touchline which meant the teams were deadlocked at 17-17 at half-time.

The home side were fastest out of the blocks after the restart when a crossfield kick from Kurtley Beale was gathered by Curtis Rona close to the Stormers' try-line.

He was brought to ground by Marais but managed to free his arms and offloaded to Damien Fitzpatrick, who crossed for a deserved try.

The Stormers were soon camped inside the Waratahs' half, however, and after taking the ball through several phases with their forwards, Marais crossed the whitewash untouched before adding the extras which drew his side level again.

The Waratahs suffered a setback in the 57th minute when Rob Simmons was yellow carded for taking Van Dyk out in the air at a lineout, but the Stormers could not take advantage of their superior numbers and further penalties from Foley and Marais meant the score was 27-27 as the clock wound down.

It looked like we were set for the first draw of this year's tournament until Hanigan's late heroics secured his side a valuable win. 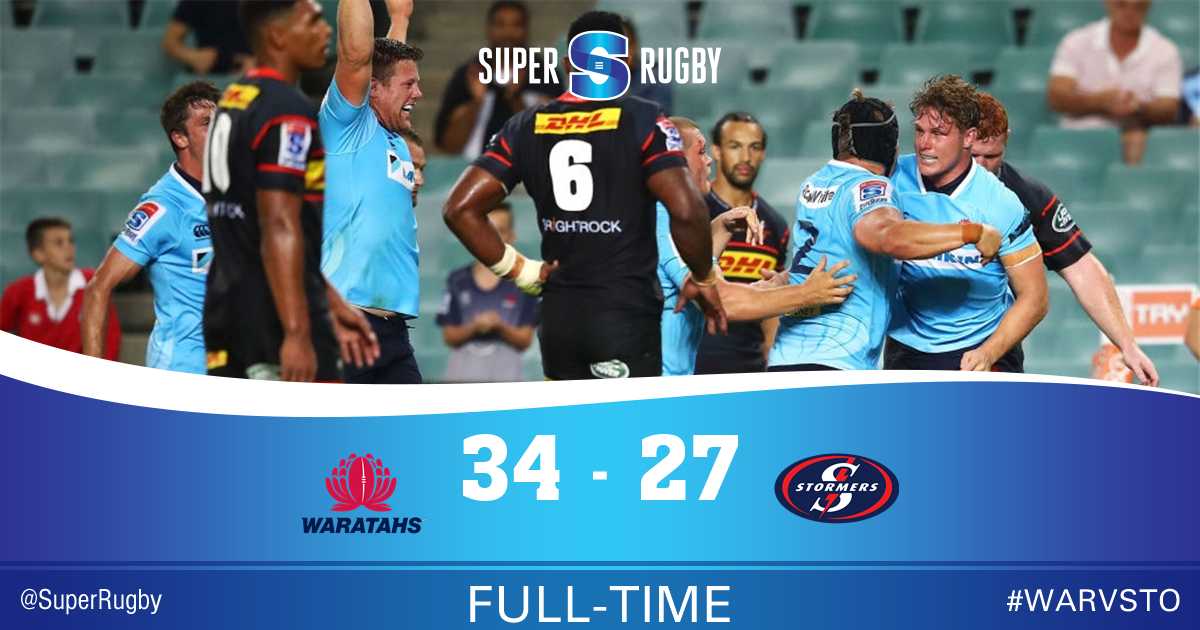