The evening started on an emotional note as the two teams stood arm in arm to remember the victims of the Christchurch attack.

The rain started coming down shortly after kick-off, but it didn't seem to hurt the Waratahs one bit, as they thrilled the home crowd by scoring the opening try of the match after just three minutes.

It was Jed Holloway who took advantage of some poor defence from Whetu Douglas to go in under the sticks, before Foley converted to give the visitors a surprise 7-0 lead.

The Waratahs stayed on the front foot, too, with Kurtley Beale causing more problems by making a great break, and minutes later they had their second try courtesy of Cameron Clark.

Israel Folau won the ball in the air before producing a superb offload to find the winger, who sprinted home.

The conversion was missed, but it was still a valuable 12-0 lead for the Waratahs, who seemed to have caught the Crusaders napping.

The visitors were struggling to find a way back into the match, as frequent errors prevented them from putting any solid phases together, but the response finally came in the 28th minute.

From the lineout, Codie Taylor received the ball and threw a clever inside pass to George Bridge, who beat the covering defender to score under the posts, before Brett Cameron added the extras.

That made it a five-point ball game, although the Waratahs stretched it back to eight points thanks to a penalty kick late in the half.

With the rain picking up again after the break, both teams struggled to impose themselves, and a missed penalty kick from Mitch Hunt shortly before the hour mark did little to help the Crusaders' chances.

With time running out, the next score was always going to be crucial, and it was the Waratahs who found a bit of magic six minutes from time.

From an attacking lineout, they kicked the ball wide to the wing, and with as many as four players vying for the ball it was Folau who managed to grab it and fall over the tryline to all but sink the Crusaders' chances.

The conversion was missed, and there was even a consolation try for substitute Will Jordan in the 81st minute after 11 phases of relentless Crusaders attack, but it mattered little in the end, as the Waratahs held on for the deserved victory. 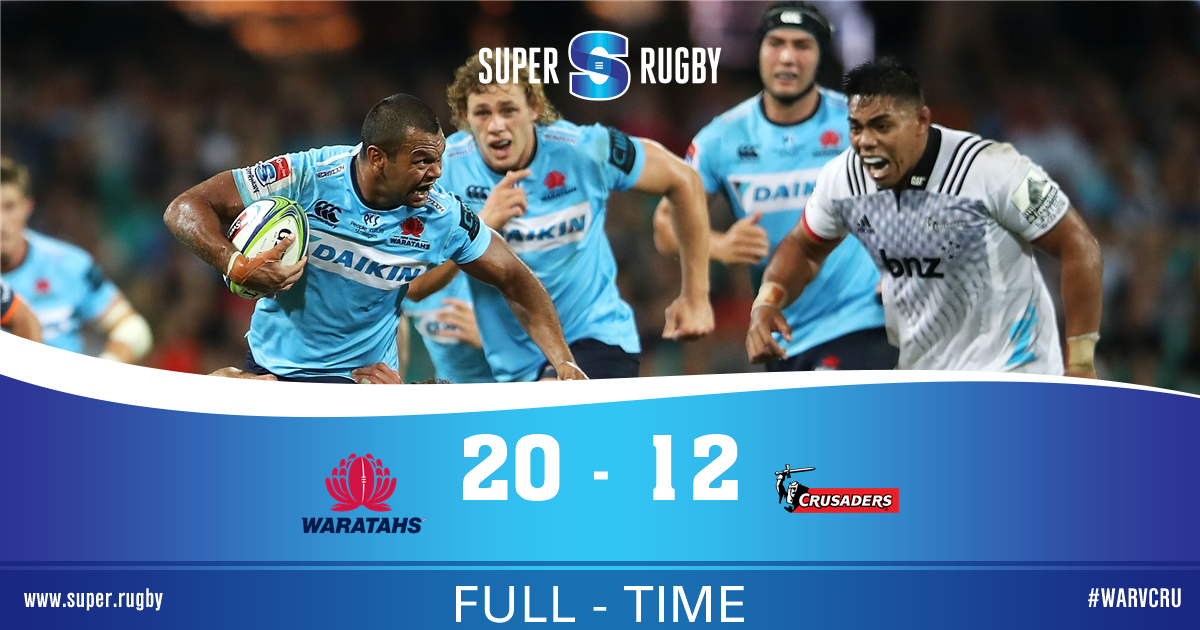