Who Are The Best Flankers in Super Rugby?

Australian flanker David Pocock has announced his Super Rugby career is over so now is an opportune time to assess the merits of the premier flankers over the past few seasons.

Different flankers perform different roles for their teams in Super Rugby and this is reflected in the table. David Pocock made not have made as many metres or tackles as the top performers, yet he sits third for turnovers won behind NSW Waratahs’ Michael Hooper and the Crusaders’ Matt Todd. Hooper, Todd and the Hurricanes’ Ardie Savea are the clear models of consistency in the competition, occupying spots in the top 4 for metres, tackles and turnovers won among flankers. 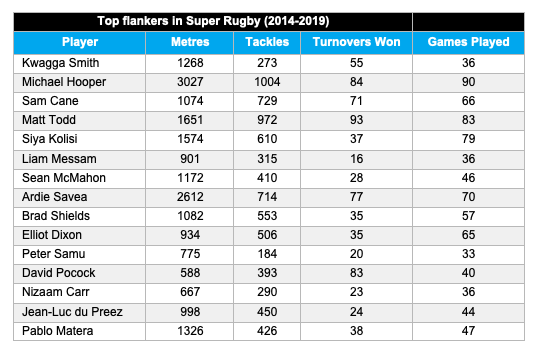 The flanker is defined as specifically the No.6 or No.7 in rugby, however most of the players listed have often found themselves playing another position too – either for the benefit of the team or due to injuries. Peter Samu and Brad Shields are good examples of this situation in effect. Samu has played the majority of his Super Rugby games as a flanker (33/46), spending the remainder at No.5 and No.8. Brad Shields has played 103 Super Rugby games, 81 in the role of flanker. As such, it’s important to note that the players’ statistics in the tables are specifically when they have packed down in the positions of No.6. or No.7.

Pablo Matera of the Jaguares has made a strong impact in his time with the Jaguares, making more metres than some of his peers who have been in the competition for longer. In Super Rugby 2019 only Michael Hooper (960) and the Reds’ rising star Liam Wright (1028) have played more minutes than Matera (834) as fellow flankers. 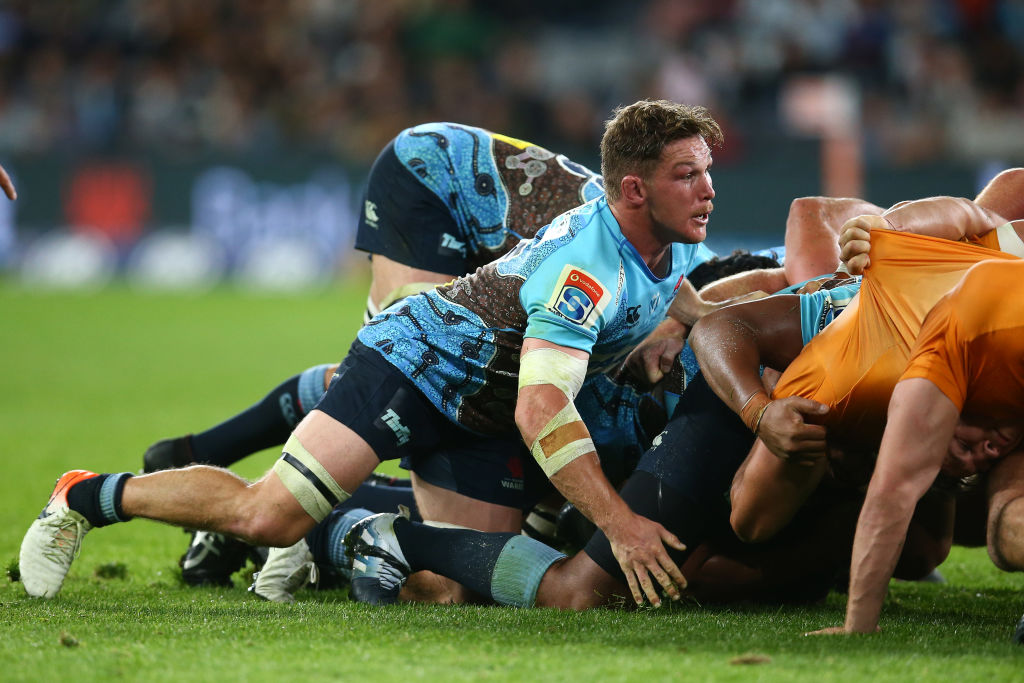 Some of the rising stars of 2019 may very well push their way into the upper echelons in future seasons; in fact, no flanker has averaged more metres per carry in 2019 than the Blues’ talented prospect Dalton Papali’i (5), while only Michael Hooper [pictured] has made more tackles as a flanker in Super Rugby 2019 than the Reds’ Liam Wright (140). Roelof Smit (Bulls) has averaged precisely one clean break per-game in 2019, the only flanker who has averaged more is Kwagga Smith (1.11).

The idea that each flanker has a unique skillset is also reflected in the offensive stats table. Michael Hooper and Ardie Savea have made more clean breaks and beaten more defenders than their peers, yet it is Matt Todd that leads the way in offloads (70).